If you are one of the millions of people who suffer from OCD, then you know how debilitating it can be. Anafranil is a medication that has been shown to be effective in treating OCD. In this comprehensive guide, we will discuss everything you need to know about Anafranil for OCD, including how it works, the side effects, and dosage information.

How Does Anafranil For OCD Work? 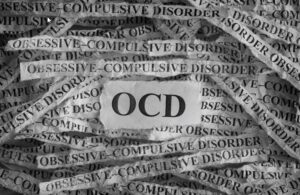 Anafranil for OCD is a tricyclic antidepressant (TCA). It is also one of the older antidepressants, first being introduced in the late 1960s. It was originally approved for the treatment of depression. However, it was later found to be effective in treating OCD as well. While there are newer and more selective serotonin reuptake inhibitors (SSRIs) available, Anafranil for OCD remains an effective treatment option for many people with OCD.

Moreover, it is sometimes used as an ” augmentation” strategy in people who have not responded adequately to treatment with an SSRI. In this case, Anafranil for OCD is added to the person’s current medication regimen. In fact, this is one of the uses for which Anafranil is most commonly prescribed nowadays.

When you are considering taking Anafranil for OCD, it is important to know the correct dosage. Some of the facts about dosage are;

It is important that you do not miss a dose of Anafranil, if you do miss a dose take it as soon as possible. But, if it is almost time for your next dose, skip the missed dose and go back to your regular dosing schedule. Do not take two doses at once unless your doctor tells you to do so.

If you have any questions about taking Anafranil for OCD, talk to your doctor. They will be able to answer any questions you have and help you determine if this is the right medication for your needs.

How Does Anafranil Helps In OCD Recovery? 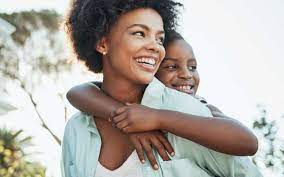 OCD is a mental disorder that is characterized by intrusive and unwanted thoughts, emotions, or sensations (obsessions). That drives an individual to perform certain repetitive behaviors or rituals (compulsions). While the exact cause of OCD is not known, it is believed to be a combination of genetic and environmental factors.

The medication has shown to be effective in treating the symptoms of OCD. It works by inhibiting the reuptake of serotonin in the brain. Serotonin is a chemical messenger that plays a role in mood regulation. Anafranil is thought to increase the level of serotonin available in the brain, which may help reduce obsessions and compulsions.

It helps in OCD recovery by reducing the intensity and frequency of obsessions. It also decreases the time taken to perform compulsions. In some cases, it may even eliminate them altogether. The dosage depends on the severity of OCD symptoms and response to treatment.

In addition, the certain benefits of taking Anafranil for OCD treatment may include:

If you or someone you know is struggling with OCD, Anafranil may be a treatment option worth considering. It is important to speak with a mental health professional to determine if this medication is right for you.

What Are The Side Effects Of Anafranil

There are a few side effects that are associated with taking Anafranil. While the side effects can be unpleasant, they are usually not severe and go away on their own. The most common side effects include:

If you experience any of these side effects, it is important to speak with your doctor. They may be able to adjust your dosage or recommend a different course of treatment. In rare cases, serious side effects can occur. These include:

It is often said that the side effects of Anafranil are worse than the actual OCD. However, it is not always the case, but still, be aware of the potential side effects before starting treatment. If you have any questions or concerns, be sure to speak with your doctor. With proper treatment, OCD can be a manageable condition.

Things To Avoid While Taking Anafranil For OCD 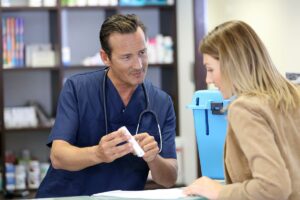 When you are taking Anafranil for OCD, there are a few things that you should avoid. These include:

These things can interact with Anafranil and make it less effective. They can also cause side effects. If you are taking Anafranil, talk to your doctor about what you should avoid.

So, it is important that you discuss with your doctor about everything before you start taking Anafranil for OCD. This way, you can make sure that Anafranil is the right medication for you and that you are taking it safely simultaneously.

Are There Any Alternatives To Anafranil?

There are other medications too except Anafranil that can be used to treat OCD. Some of these include:

Generally, therapy is considered to be an important part of treatment for OCD. There are different types of therapy that may be effective in treating OCD, such as:

For these therapies, you can definitely try Mantra Care. Mantra Care is a platform that is potentially helpful for providing therapies. They help people with mental disorders in the world. Book your free consultation appointment for more information. 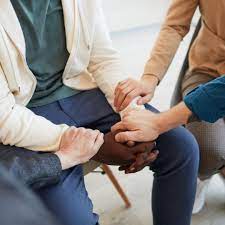 People with OCD must try this along with medication and therapy for a better understanding and get rid of this problem. Anafranil has definitely helped a lot of people with OCD and will continue to do so. However, if you want to try something else, there are definitely other options available to you. Don’t hesitate to ask your doctor about what alternatives may be right for you.

Mantra Care is always here to help! Visit our website or give us a call today to learn more about how we can help you or your loved ones live a happier, healthier life.

To conclude, Anafranil for OCD is a highly effective treatment option that can provide long-term relief from the symptoms of OCD. It is important to work with a qualified mental health professional to ensure that the medication is right for you. And that you are able to properly manage any side effects.

Moreover, it is essential to create a comprehensive treatment plan. That includes other evidence-based therapies such as cognitive-behavioral therapy. With the right combination of treatments, you can live a full and healthy life despite your OCD diagnosis. If you found this guide helpful. Please share it with others who might benefit from it. Thanks for reading!