There is a lot of confusion about the difference between obsessive-compulsive disorder and autism. Some people think that they are the same thing, while others believe that they are completely different conditions. In this blog post, we will discuss the key differences between OCD and autism. We will also provide information about how to get help if you or someone you know is struggling with either condition.

What Does Autism Mean? 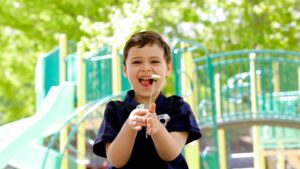 Autism is a mental disorder that characterizes difficulties in social interaction and communication, as well as repetitive behaviors. People with autism may have trouble understanding or respond to other people’s emotions, and they may also be insensitive to the feelings of others. Autism spectrum disorder includes autistic disorder, Asperger’s syndrome, and pervasive developmental disorder not otherwise specified (PDD-NOS).

What Does OCD Mean?

Obsessive-compulsive disorder (OCD) is a mental disorder that characterizes intrusive thoughts that lead to anxiety and compulsions, which are repetitive behaviors or mental acts that the person feels compelled to perform to relieve the anxiety. People with OCD often have difficulty with daily activities and functioning due to the time they spend on their compulsions.

What Are The Similarities Between Autism And OCD? 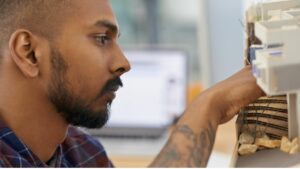 There is a lot of debate surrounding the comorbidity of autism and OCD. Some experts believe that the two disorders share a common cause, while others believe that they are completely separate conditions. However, there is one thing that everyone can agree on: the symptoms of OCD and autism can be very similar.

People with OCD tend to be extremely detail-oriented and need symmetry and order. They may spend hours cleaning their house or arranging their furniture just so. They may also have difficulty throwing things away, even if they are no longer needed.

People with autism also tend to be very detail-oriented. However, they may not care about symmetry or order in the same way that people with OCD do. Instead, they may have difficulty understanding why other people care about these things.

People with OCD may also avoid certain situations or objects because they are afraid of them. For example, someone with a fear of germs may avoid shaking hands or touching door handles. People with autism may also avoid certain situations or objects, but this is usually because they find them overwhelming or confusing. For example, someone with autism may avoid loud places or crowds because the noise and commotion are too much for them to handle.

Fear And Compulsions Are Irrational

The main difference between OCD and autism is that people with OCD typically know that their fears and compulsions are irrational, while people with autism do not always realize this. For example, someone with OCD may know that their fear of germs is irrational, but they cannot help the way they feel. People with autism may not realize that their avoidance of certain situations is unreasonable. This can make it very difficult for them to function in everyday life.

If you think you or your child may be showing signs of OCD or autism, it is important to talk to a doctor or mental health professional. While there are some similarities between the two disorders, they are also quite different. A professional will be able to help you figure out what is going on and how to best deal with it.

What Are The Differences Between Autism And OCD? 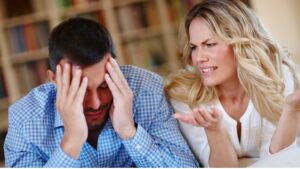 Despite some similarities, there are important differences between autism and OCD.

Don’t Understand The Prospective Of Others

One key difference is that people with autism typically have difficulty understanding the perspectives of others, while people with OCD tend to be very aware of other people’s points of view.

What Is The Link Between Autism And OCD? 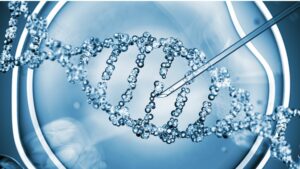 There are several theories about what might cause the link between autism and OCD.

It may play a role, as OCD and autism tend to run in families. It’s also possible that the same areas of the brain involve in both disorders.

For example, people with autism often have difficulty understanding social cues and reading other people’s emotions. This can lead to repetitive behaviors as they try to make sense of the world around them.

There is also some evidence that environmental factors may play a role. For example, children who are born to older parents or those who have a low birth weight may be at increased risk for both autism and OCD.

It’s also possible that exposure to certain toxins or infections during pregnancy could increase the risk of both disorders.

These are some of the theories about what might cause the link between autism and OCD. However, more research needs to understand the exact causes of this link.

If you or someone you know has OCD or autism, there are treatments that can help. If you think you may have either disorder, it’s important to see a mental health professional for an evaluation. With treatment, people with OCD and autism can lead happy and healthy lives.

What Are The Ways To Cope With Autism And OCD? 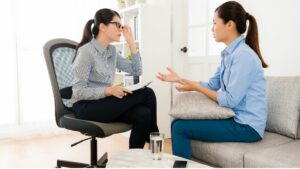 Finally, there are different treatment approaches for these two disorders. People with OCD are usually treated with a combination of medication and cognitive-behavioral therapy, while people with autism typically require behavioral interventions.

medications used to treat OCD include selective serotonin reuptake inhibitors (SSRIs), which are also used to treat depression. These medications can help reduce the compulsions and obsessions associated with OCD.

Cognitive-behavioral therapy for OCD focuses on helping the person recognize and change thought patterns that contribute to their anxiety and compulsions. This type of therapy usually involves exposure and response prevention, which is when a person exposes to a trigger for their OCD (like dirt or germs) without performing the compulsion (like handwashing). Over time, this can help reduce the anxiety associated with the trigger and decrease the frequency of compulsions.

Behavioral interventions for autism typically involve teaching new skills, such as social skills or communication skills. These interventions can provide in one-on-one sessions or a group setting.

There is no one-size-fits-all approach to treating either OCD or autism, and treatment plans will vary depending on the individual’s needs. If you or someone you know is struggling with either of these disorders, it’s important to seek professional help. With proper treatment, people with OCD and autism can live happy and fulfilling lives.

In conclusion, it is important to remember that OCD and Autism are two very different disorders. OCD is characterized by unwanted, intrusive thoughts and repetitive behaviors, while Autism is a developmental disorder that affects social interaction and communication. If you or someone you know is displaying symptoms of either disorder, it is important to seek professional help. With the proper diagnosis and treatment, people with OCD or Autism can lead happy, healthy lives.

Mantra Care is a platform that helps you to cure OCD and autism symptoms. With Mantra Care, you can talk to a professional therapist about different issues related to autism and OCD. Book your first session today and start improving your mental health! Thank you for reading!