Did you know that OCD and psychosis are related? In fact, they often occur together. If you or someone you know is struggling with either of these conditions, it’s important to understand the relationship between them and what to do about it. In this blog post, we will discuss the link between OCD and psychosis and what you can do to get help.

What Is Obsessive-Compulsive Disorder (OCD)? 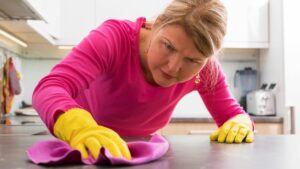 Obsessive-compulsive disorder (OCD) is an anxiety disorder in which people have unwanted and repeated thoughts, feelings, images, and sensations (obsessions) and engage in behaviors or mental acts (compulsions) in response to these obsessions.

People with OCD may be plagued by persistent, unwelcome thoughts or images that are intrusive and cause distress or anxiety. To try to control these thoughts or images, they feel an overwhelming need to perform certain rituals or routines (compulsions). These rituals, which are usually done in a precise, rigid way, become very time-consuming and interfere with daily life. People with OCD may be aware that their obsessions and compulsions are senseless or exaggerated but feel powerless to stop them.

Psychosis is a condition that affects the way your brain processes information. It causes you to lose touch with reality. People who have psychosis may see, hear, or believe things that are not real. They may think other people are trying to harm them. People with psychosis may be withdrawn and seem out of touch with what’s going on around them.

What Causes Both OCD And Psychosis?

There is no single cause for either OCD or psychosis. But these issues can happen because of a few reasons:

If you have a family member with either OCD or psychosis, your risk of developing either one is higher. Researchers believe that there are certain genes that can make people more likely to develop these conditions. And exposure to certain environmental factors (like trauma or stress) may also play a role.

These conditions can also be caused by other mental health disorders, physical health problems, or substance abuse. But more research is needed to understand all the possible causes.

What Are The Common Symptoms Between OCD And Psychosis? 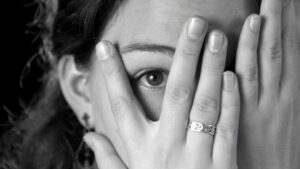 There are a few key symptoms that are common between OCD and psychosis. These include:

Fear Of Discarding Something

In this, a person can save useless items like old newspapers or receipts because they feel that they might need them in the future. This can lead to excessive hoarding and can take over a person’s life.

Fear Of Death or Harm

Both OCD and psychosis can cause a fear of death or harm. This may manifest as a fear of contamination in OCD, or as a paranoid belief that someone is out to get the person with psychosis.

This can manifest itself in the form of compulsions such as excessive praying, repeatedly checking if one has committed a sin, or confessing sins to others.

This is when a person believes that everything happening around them is somehow related to them. For example, they might think that the people on TV are talking about them, or that cars honking outside are doing so because of something they did.

This is a feeling of intense suspicion or fear, often without any basis. A person with psychosis might believe that people are out to get them or that someone is following them.

What Are The Differences Between OCD And Psychosis? 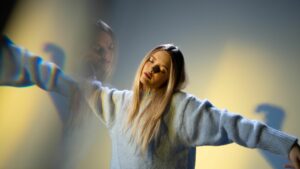 There are a few key differences between OCD and psychosis:

People with OCD may obsessively wash their hands or check the locks on their doors multiple times throughout the day. However, they eventually stop these behaviors once they realize they’re excessive.

Psychotic symptoms, on the other hand, are persistent and usually don’t go away without treatment.

Delusions Are Common in Psychosis

A delusion is a fixed, false belief. People with psychosis may believe that they’re being watched or followed (paranoia) or that other people are trying to harm them.

These beliefs can be so strong that they interfere with a person’s ability to function in everyday life.

In addition to delusions, people with psychosis may also experience hallucinations. Hallucinations are sensory experiences that occur without any external stimuli.

People with psychosis may see, hear, or feel things that others don’t. For example, they may hear voices that give them commands or see objects that aren’t really there.

What Are The Treatment Options For OCD And Psychosis? 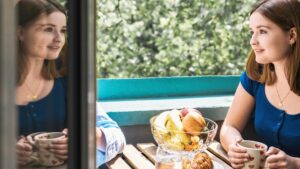 There are a number of different treatment options available for OCD and psychosis. Some of the most common treatments include:

Mindfulness-based therapy is a form of treatment that helps people to focus on the present moment. This can be helpful in reducing anxiety and improving mood. Practicing mindfulness can help to reduce the intrusive thoughts associated with OCD.

Writing about your thoughts and feelings can be a helpful way to cope with OCD. Journaling can help you to identify your triggers and work through your fears.

Challenging the negative thoughts associated with OCD can be helpful in reducing anxiety. Talking to yourself in a positive and supportive way can help to reduce the power of your OCD thoughts.

Regular exercise can help to reduce stress and improve mood. Exercise can also help to increase feelings of self-esteem and confidence.

There are a number of different medications that can be used to treat OCD. Medications can be used alone or in combination with other treatments.

If you or someone you know is struggling with OCD, it is important to seek professional help. Treatment can help to reduce the symptoms of OCD and improve the quality of life.

In conclusion, OCD and psychosis are two very different conditions. however, they can be related in some cases. if you think you may have either condition, it is important to see a mental health professional for an accurate diagnosis and treatment plan.

If you need help then Mantra Care is a platform that helps you to cure OCD and psychosis symptoms. With Mantra Care, you can talk to a professional therapist about different issues. Book your first session today and start improving your mental health! Thank you for reading!