Do you love playing video games? So much so that it feels like an obsession? You’re not alone. In fact, there’s a good chance you may have OCD Gaming Disorder. This is a real condition that affects many people who love to play video games. In this blog post, we will discuss what OCD Gaming Disorder is, and how you can deal with it!

What Is OCD Gaming Disorder? 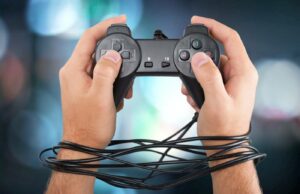 OCD gaming disorder is a form of obsessive-compulsive disorder where a person becomes obsessed with video games. It is very common in children and young adults and can cause problems in school, work, and personal relationships.

Video gaming disorder is not currently recognized as a disorder by the American Psychiatric Association, but it is included in the World Health Organization’s International Classification of Diseases (ICD-11). Moreover, this is a mental disorder that can be extremely debilitating for those who suffer from it.

According to studies OCD gaming disorder is on the rise, with more people being affected by it each year. In particular, studies have shown that men are more likely to suffer from OCD gaming disorder than women. It is often comorbid with other mental disorders such as anxiety and depression.

What Are The Symptoms Of OCD Gaming Disorder?

The symptoms of this disorder can be broadly classified into two types: obsessions and compulsions.

Obsessions are persistent thoughts, images, or urges that cause anxiety or distress. Common obsessions related to gaming disorder include preoccupation with games, thoughts about games, and difficulty controlling game-playing behavior.

Compulsions are repetitive behaviors or mental acts that a person feels compelled to do in order to relieve anxiety or distress. Common compulsions related to gaming disorder include spending excessive time playing games, investing large sums of money in games, and continuing to play despite negative consequences such as job loss or failing grades.

Other symptoms of OCD gaming disorder include:

These are some of the signs that may help you identify whether you or someone you know has OCD gaming disorder. If you are concerned that you or someone you love may be suffering from this disorder, it is important to seek ways to deal.

Why Video Games Are Addicting? 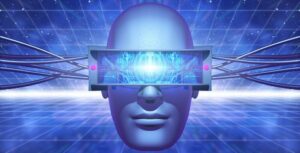 People often find themselves asking why video games are so addicting. The answer is simple: they’re designed to be. Game developers use a variety of methods to keep players engaged, and many of these techniques are based on psychological principles.

For example, games often give players a sense of progress by awarding them points, levels, or new items as they play. This positive reinforcement encourages players to keep playing in order to achieve more rewards. In addition, games typically involve some sort of challenge that must be overcome in order to progress. This gives players a sense of purpose and motivation to continue playing.

Moreover, the addiction to games is caused by physical reactions in the brain. When we play video games, our brains release a chemical called dopamine. Dopamine is associated with pleasure and reward, and it helps to reinforce certain behaviors. This means that the more we play video games, the more dopamine our brains release, and the more addicted we become. It is actually an ongoing cycle that is hard to break.

So, if you find yourself asking why video games are so addicting, there’s your answer. They’re designed to be addictive, and they work by manipulating our psychological desires and physical reactions.

The causes of this disorder are not fully understood, but there are some theories.

There is one theory that states why people become more addicted to gaming when they have a bad day. It is a way for them to escape reality and cope with their negative emotions. It becomes a form of self-medication where the person uses gaming as a coping mechanism to deal with real-life problems. This is considered the major cause of the disorder.

Another theory suggests that people who suffer from OCD Gaming Disorder may have underlying anxiety and depression. They use gaming as a way to distract themselves from their problems and avoid dealing with their feelings. However, this can lead to further isolation and make it harder for them to resolve their issues. In fact, choosing a gaming addiction for mental health problems can make the symptoms worse.

These are some causes that have been suggested, but the disorder is still not fully understood. There is more research needed to determine the exact causes of OCD Gaming Disorder. Moreover, it is important to remember that not everyone who plays video games has this disorder. It is only a problem if it is impacting your life in a negative way.

How To Deal With OCD Gaming Disorder? 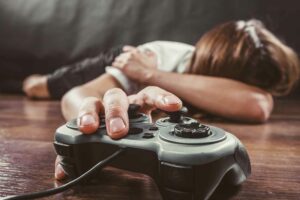 It is important to understand that people with OCD gaming disorder can still lead happy and fulfilling lives. The key is to find healthy coping mechanisms to deal with the anxiety and compulsions associated with the disorder. Some helpful tips include:

Triggers are anything that sets off your OCD gaming disorder symptoms. It could be a certain place, person, or time of day. Once you identify your triggers, you can start to avoid them or plan for them in advance. The triggers in any given situation will be different for everyone. Identifying your triggers can help you to better understand your condition. More often than not, people with OCD gaming disorder are aware of their triggers but find it difficult to avoid them. But they need to be avoided at all costs in order to keep the condition under control.

People with OCD tend to have negative and intrusive thoughts about their gaming habits. It is important to challenge these thoughts by asking yourself: Is this really true? Am I overreacting? What is the evidence for and against this thought? These are all valid questions that can help to challenge the negative thoughts associated with OCD gaming disorder. It is important to remember that just because you have a thought does not mean it is true. So, don’t believe everything you think, as OCD is mostly about intrusive thoughts.

Talking to a therapist

This is one of the most important things you can do to manage OCD gaming disorder. Therapists are trained to help people with OCD and can provide you with the tools and support you need to deal with your condition. They can also help you to understand your triggers and thoughts, and how to challenge them. Therapists can also offer guidance on how to deal with anxiety and depression which are the causes of developing this disorder.

For that, you must try Mantra Care for a better life. It also provides an app that helps people by providing them with tools and support. That they need to manage their condition. You can first book your free consultation in order to get started. 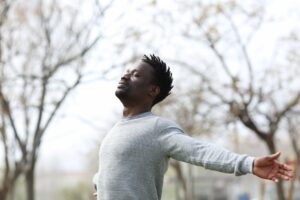 Making these lifestyle changes can help you to better cope with OCD gaming disorder. It is also important to remember that these changes will not happen overnight. So, be patient and give yourself time to adjust to the new lifestyle.

In some cases, medication may be necessary to help control OCD gaming disorder. Medication can help to reduce the symptoms of OCD and can make it easier to manage the condition. However, medication is not a cure for OCD gaming disorder and should be used in conjunction with other treatment methods such as therapy and lifestyle changes. Moreover, it is important to remember that medication can have side effects. So, it is necessary to discuss these with your doctor before starting any medication.

It can be helpful to track your progress in dealing with OCD gaming disorder. This could involve keeping a journal, setting goals, and celebrating your accomplishments. It is actually one of the most important things you can do to manage your condition.

This is because it can help you to see how far you have come and also motivate you to keep going. In fact, it can be very helpful to look back on your progress when you are feeling down. So, don’t forget to track your progress in dealing with OCD gaming disorder.

These are some of the tips to deal with this disorder. If you or someone you know is suffering from this condition, then don’t hesitate to seek help.

To conclude, OCD gaming disorder is a very real thing and can be extremely detrimental to one’s life. However, there are ways to deal with it and get help. If you or someone you know is struggling with this disorder, don’t hesitate to reach out for help. Also, do not feel ashamed or embarrassed, as this is a disorder that can be overcome with treatment.

In fact, many people with OCD gaming disorder go on to lead happy and fulfilling lives. So, if you or someone you know is struggling, please seek help and know that there is hope. Thanks for reading!