Determinism is the idea that an unbroken chain of events determines every event. Some people may find it hard to understand at first, but you can apply determinism to many parts of life. For example, genetics and environment. This blog post will tell you about how determinism works and what it means for you. 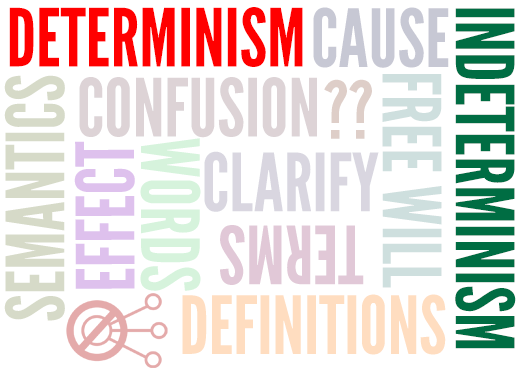 Determinism is the idea that every event has a cause. This means that there must have been a chain of planned events. It was not random or spontaneous. If you wonder what causes your actions, determinism can help you. It can explain it to you. Our actions happen with a combination of our genetics and the environment.

Philosophers of Ancient Greece started determinism. The most famous determinists were the Stoics, who believed that there is nothing random or spontaneous in nature at all. People can use their reason to work out what will happen next and what they should do about it.

But there are problems with this idea. For example, how did the universe get here? Also why does free will exist if every action has a cause?

What Does it Mean for Me?

Determinism has some implications on how we as people should live.

In determinism, we can’t predict the future and there is no such thing as fate or destiny.

How Can I Apply Determinism to My Life? 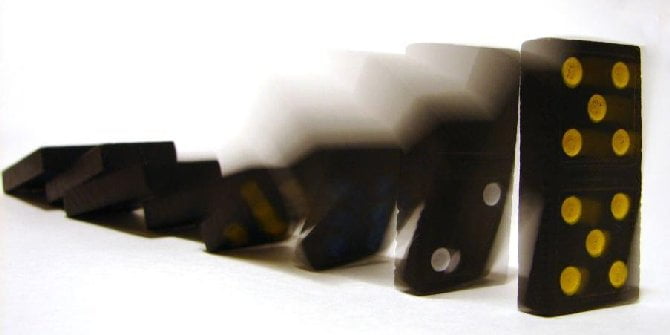 Now that you know what determinism is, let’s look at how it actually affects your life.

If you are a parent, determinism means that Your children’s behavior is not something they can take credit for. Their genetics and environment will determine their actions; therefore, it is unfair to blame them or praise them for what happens in the future.

Some people make up reasons for why things happen. One might think of the reason for something happening after it happened. But you don’t know for sure until you ask or wait to see what happens.

What Determinism Does NOT Mean?

Determinism does not mean that one can predetermine everything. There will still be random events happening all over our planet which means it cannot predict exactly what will happen because things can change very quickly (for example if a butterfly flaps its wings on one side of the world, this changes wind speed/direction resulting in different weather on Earth’s surface somewhere else). The determinism we are talking about is how we explain why something happened after it occurred. We cannot predict the future because of how complex our brains and human behavior is (therefore fate and destiny do not exist).

How Determinism Affects You

Since your actions are caused by genetics and the environment, this affects many things including:

It affects the way other people treat you too – for example, if someone knows that a certain type of behavior worked well for their parents when they were young, this might influence the way they behave toward others (for better or worse). This can affect who likes them as friends etcetera.

Determinism explains why some people seem to like “good” drivers whereas others do not; it comes down to experience and knowledge about driving rules/laws (which vary from person to person) rather than everyone having “good” gene etcetera.

It could also explain why some people seem to have bad luck, or why they are always stuck in traffic during rush hour – it is not because there is a higher power punishing them for something they did in their past life (as might be the case according to other religions), but simply that certain things can change very quickly which causes us problems sometimes (for example if an accident happens up ahead, this changes how fast/slow everyone else drives resulting in backed-up traffic).

Although determinism does affect these things, it should make you feel more relaxed about your own choices! For instance, if someone has had heart disease within their family then maybe knowing where it comes from will help them choose healthier options in the future.

It explains why people have different tastes in music, clothes etcetera – it comes down to education and learning opportunities rather than there being a “good” or “bad” type of person (for example if someone is exposed to certain types of music when they are young this might influence what kind of taste they develop). It also helps explain why some people seem better at socializing with others – their environment has influenced them more positively over time so they naturally learn how to behave around other people without even thinking about it.

This shows us that we can all improve ourselves no matter which family/environment we were born into! Knowing where your personality/actions come from will help you make better choices for yourself (because you can understand why you act in certain ways).

There are particularly 7 types into which determinism has been classified. Explanations have been given below:

This is the default worldview of most people. It holds that our behavior, abilities, and so on are largely influenced by forces outside ourselves – parents, siblings, teachers, etc.

This is the view that our actions are determined by a conscious, deliberative mind. The most notable proponent of this position was Descartes, who argued for what has been called “rationalist” or “Cartesian” free will. He believed that we have complete control over whether we assent to an idea (i.e., believe it) and can suspend judgment about ideas at any time – even when they appear highly probable. Once formed, judgments cannot be undone; however, individuals may reject them later on (unlike animals).

We need not delve too deeply into the problems with these positions here; suffice it to say that there is no compelling evidence of either belief in ultimate freedom of the will.

This is the view that all events are determined by forces beyond human control. It can be predicated on either natural or supernatural causes; most determinists fall into one of these camps, though they may not agree with their opponents’ views as to what those causes might be.

In a nutshell, this position claims that free will and causal determinism are compatible – that freedom of the will does not require ultimate freedom from causation. “Soft” libertarians endorse this claim (compatibilist free will), as do many classical compatibilists who believe in so-called “libertarian constraints.” Roughly put, soft libertarianism asserts that although we have complete power over our choices/actions, at any given moment we must choose/act in accordance with our strongest desire or motivation.

Compatibilists believe that the only way to make sense of free will is if causal determinism (or at least probabilistic laws) are true – otherwise, human actions would be random and not subject to moral appraisal. They contend that one can act freely without being able to do otherwise; this requires that there exist no external conditions, constraints, or obstacles preventing an individual from performing a given action.

In this doctrine, all events are considered inevitable or destined to occur. There is no way that they can be averted – either by an individual’s effort alone (moral responsibility) or even collectively through concerted efforts of a group of people (political freedom). Fatalists believe in the existence of fate and destiny; everything unfolds according to the divine will.

This doctrine holds that God is all-knowing, and he has foreordained every single event in the universe. It’s worth noting that this view does not stand or fall on whether one believes in an omniscient deity; it can be denied even by those who believe there exists a being – however, it is defined – with complete knowledge of everything past, present, and future (i.e., infallible).

This is a position held by those who reject the idea of free will. They argue that we have no choice but to think and behave as we do – or, at least, it’s not possible for us to act differently than we actually do. It derives from their perspective on causation: so-called “logical” determinism rejects probabilistic explanations of events in favor of absolute necessity (i.e., something either must occur or cannot).

Determinism is the philosophical position that every event, including human cognition and behavior, has a cause. This means that past events or natural laws pre-determine all of our thoughts and actions. It allows for no free will nor individual responsibility; everything we do is simply an effect of what came before it. The idea can be traced back to ancient Greece but was popularised in modern philosophy by Hobbes and Spinoza (although not accepted). In recent years there’s been increasing interest in determinism because some scientists argue that physics provides evidence to support this view as well as new theories such as quantum mechanics which suggest one universe with many possible outcomes determined at the moment of creation. There’s still much debate as to whether determinism is true and if it isn’t what impact that would have on society.