What we know about condiments, spices, and herbs, is that they help us in many ways, especially when it comes to anti-inflammatory and anti-aging properties, but shilajit takes this to a higher level and offers potential health benefits that can help men in general. From bodybuilding to treating sterility, this condiment has helped men for years. This article will discuss Shilajit and its uses.

It is a sticky substance that seeps out of rocks in the Himalayas. It is composed of organic matter and minerals and is also known as “mineral pitch” or “stone oil”. It’s been used in Indian and Tibetan medicine for centuries.

It is composed of 85 to 95% fulvic acid and trace minerals. Fulvic acid is a powerful antioxidant that scavenges free radicals and helps to protect cells from damage. It also contains plant-based substances such as sterols, flavonoids, and terpenoids., which are thought to be responsible for its health benefits. These include improved cognitive function, better digestion, reduced inflammation, and enhanced wound healing. 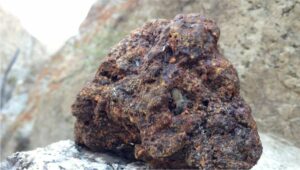 Shilajit has been used in traditional Indian medicine for centuries. It is a blackish-brown substance that oozes from cracks in rocks in the Himalayan mountains.

In Ayurvedic medicine, shilajit is considered a Rasayana, or “rejuvenating” herb. It is thought to promote longevity, reduce inflammation, improve metabolism, and enhance cognitive function and memory. It has also been traditionally used to treat sexual dysfunction and male infertility.

Today, shilajit is sold as a dietary supplement for a variety of health purposes, including energy enhancement, anti-aging, stress relief, immune system support, and improved digestion. Shilajit supplements are typically available in powder or capsule form.

To date, there is limited scientific research to support the health claims associated with shilajit. However, some preliminary studies suggest that it may offer certain health benefits.

For instance, one study found that shilajit was effective in reducing blood sugar levels in rats with diabetes. Another study found that its extract was able to inhibit the growth of cancer cells in test tubes.

Additionally, it contains fulvic acid and other compounds that may have antioxidant and anti-inflammatory effects. Therefore, shilajit may help protect against some chronic diseases.

Due to the lack of research on humans, it’s unclear what dosage is safe or effective. When taken by mouth, it can cause side effects such as stomach upset and diarrhea. Therefore, it’s important to speak with your healthcare provider before taking this supplement.

How Does It Work?

Shilajit has been used in Ayurvedic medicine for thousands of years. It is said to have many health benefits, including improving energy levels, immunity, and brain function.

The exact mechanisms by which Shilajit works are not fully understood. However, it is thought to work by increasing levels of nitric oxide in the body. Nitric oxide is a molecule that helps to regulate blood pressure, blood sugar levels, and inflammation.

It has also been shown to have antioxidant and anti-inflammatory properties. These properties may help to protect cells and tissues from damage caused by free radicals and inflammation. 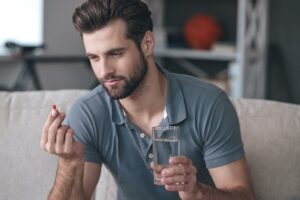 Shilajit is available in supplement form and is sometimes promoted as a natural treatment for a variety of health conditions, including diabetes, inflammation, high blood pressure, anxiety, and sexual dysfunction. Its dosage is typically in the range of 500-2000 mg per day. Some people may need to take a lower dose, while others may require a higher dose. The best way to determine the optimal dosage for you is to work with a qualified healthcare practitioner.

When taking shilajit, it is important to start with a lower dose and increase gradually as needed. This will help your body adjust to the supplement and reduce the risk of side effects. It is also important to take shilajit with food or milk to improve absorption and prevent stomach upset.

It should be taken for at least 3-6 months in order to experience its full benefits. If you are pregnant or breastfeeding, do not take shilajit without first speaking to your healthcare provider.

Do Shilajit Have Side Effects?

It is dark brown or black in color and has a strong, unpleasant odor.

Shilajit has been used for centuries in Ayurvedic medicine to treat a wide variety of ailments, including sexual dysfunction, low energy levels, and memory problems.

Recent studies have shown that shilajit may indeed have some health benefits, but it is also important to be aware of the potential side effects of taking this substance.

The most common side effect of shilajit is gastrointestinal distress, such as nausea, vomiting, and diarrhea. Other possible side effects include headache, dizziness, skin rash, and kidney damage.

If you are considering taking shilajit for any reason, it is important to speak with your healthcare provider first to ensure that it is safe for you to do so.

What Is Shilajit Used For?

The main benefits of taking Shilajit are:

Shilajit has been traditionally used to improve brain function and memory, as well as to treat Alzheimer’s disease and other age-related cognitive declines. Recent studies have shown that it can indeed improve brain function. One study showed that shilajit improved memory and cognitive function in rats with Alzheimer’s disease. Another study found that it improved memory performance in healthy older adults. The active compounds in shilajit, including fulvic acid and dibenzo-alpha-pyrones, are thought to be responsible for its brain-boosting effects

Anemia is a condition in which the blood has a lower-than-normal number of red blood cells. Red blood cells carry oxygen to the body’s tissues. When the body does not have enough iron, it cannot produce enough hemoglobin, and anemia results.

Shilajit is made from the fossilized remains of plants and animals that have been compressed over time. It contains high levels of iron and other minerals that are essential for the production of hemoglobin.

Studies have shown that shilajit can improve the symptoms of anemia by increasing the production of hemoglobin. In one study, patients with anemia who took shilajit for eight weeks had a significant increase in hemoglobin levels compared to those who did not take shilajit. If you are interested in trying shilajit to improve your anemia, talk to your doctor about whether it is right for you.

Shilajit has been shown to be effective in reducing the symptoms of altitude sickness. A study published in the Journal of Ethnopharmacology found that it was able to significantly reduce the incidence of headache, nausea, and vomiting in people who were exposed to high altitudes. In another study, it was found to improve oxygen saturation levels in people who were exposed to high altitudes. This is believed to be due to the fact that it contains fulvic acid, which is known to increase the uptake of oxygen by cells. If you are planning on spending time at high altitudes, consider taking shilajit to help prevent the symptoms of altitude sickness.

Modern science is now beginning to understand how shilajit can improve heart health. It contains a number of compounds that are beneficial for the heart. These include minerals, plant sterols, and fulvic acid. Minerals such as magnesium, calcium, and potassium help to keep the heart muscle healthy and prevent arrhythmias. Plant sterols help to lower cholesterol levels, and fulvic acid helps to reduce inflammation. It also increases the level of glutathione, which acts as an antioxidant and is good for our hearts. In one study, it was shown to improve the function of the left ventricle in rats with heart disease.

Shilajit is a powerful Ayurvedic herb with many potential health benefits. It has been used for centuries in traditional Indian medicine to treat a variety of ailments. Today, it is gaining popularity as a natural supplement to boost energy levels, improve cognitive function and reduce inflammation. While more research is needed to confirm these effects, It appears to be safe for most people when taken in moderation. If you’re interested in trying shilajit, be sure to talk to your doctor first and start with a low dosage to see how your body reacts.

Consider contacting Mantra Care for additional information on nutrition.  You can also get in touch with their nutrition experts through our online nutrition counseling, who can guide you through the process and help you achieve your fitness goals. Download our Fitness App to know more about us.