Inflammation is a really nasty problem. Inflamed tissues are sore, reddened, and painful- plus the inflammation can affect other areas of your body too. It makes sense that you would want to reduce inflammation as much as possible to protect your health and well-being. One way you might be able to do that is by taking ginkgo Biloba supplements.

What is Ginkgo Biloba? 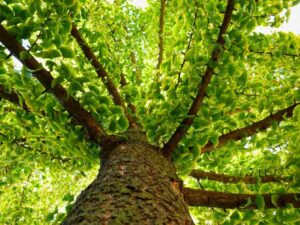 Ginkgo Biloba is an herbal supplement that has been used for centuries to treat a variety of ailments. Today, it is most commonly taken as a memory booster or to improve circulation.

It is derived from the leaves of the ginkgo tree and contains natural chemicals that can improve blood flow and help to protect nerve cells. It is these properties that make this herbal supplement a popular choice for those looking to improve their cognitive function.

There is some scientific evidence to support the use of ginkgo Biloba for memory enhancement. A 2008 study found that it may help to improve memory in healthy adults aged 60 years and over. However, more research is needed to confirm these findings.

Ginkgo Biloba is generally considered safe when taken in recommended doses. However, side effects such as headaches, stomach upset, and skin rash have been reported.

Ginkgo Biloba is a unique tree with no close living relatives. It is a member of a group of plants called gymnosperms, which also includes conifers, cycads, and gnetophytes. The ginkgo tree is native to China and has been cultivated there for thousands of years.

The earliest known record of the ginkgo tree is from the Eastern Han Dynasty (25-220 CE). By the sixth century, it was well-established as a medicinal herb in traditional Chinese medicine. It was used to treat various disorders, including asthma, bronchitis, and memory problems.

It has been used medicinally for centuries in traditional Chinese medicine and other Asian medical systems. It is still used today for a variety of purposes, including memory enhancement, treatment of Alzheimer’s disease and other forms of dementia, anxiety relief, and relief of symptoms associated with menopause.

The leaves of the ginkgo tree contain compounds called flavonoids and terpenoids, which are believed to be responsible for the health benefits associated with it.

The flavonoids and terpenoids in this supplement are thought to offer protection against various age-related conditions, such as Alzheimer’s disease, macular degeneration, and cognitive decline. It is also sometimes used to improve circulation and relieve symptoms of anxiety and depression.

While there is some evidence to support the use of this supplement for certain health conditions, it is important to keep in mind that not all research studies have yielded positive results. It is always best to speak with a healthcare provider before taking any dietary supplements.

The leaves of the ginkgo Biloba tree are used to make this supplement. It is thought to work by improving blood circulation and increasing oxygen to the brain. This can help to improve cognitive function and reduce the risk of dementia. Additionally, it may also help to protect against age-related memory decline.

Modern science has validated many of these traditional uses, including ginkgo’s benefits for circulation and heart health. Ginkgo biloba is known as a circulatory enhancer. It helps to improve blood flow and oxygenation throughout the body.

This increased blood flow can help to improve the function of the heart and reduce the risk of cardiovascular disease. In addition, ginkgo Biloba can help to lower cholesterol levels and blood pressure, further reducing the risk of heart disease. If you are interested in improving your circulation and heart health, talk to your doctor about taking ginkgo Biloba supplements. 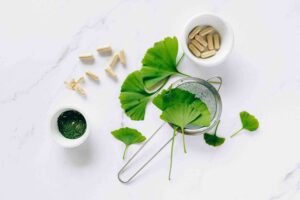 Ginkgo biloba has been shown to improve brain function in a variety of ways. It can help improve blood circulation to the brain, which can in turn help to improve memory and cognitive function. Additionally, ginkgo Biloba has also been shown to protect the brain from age-related damage and disease.

Platelets are cells in the blood that help with clotting. When platelets are not working properly, it can lead to problems with bleeding. Ginkgo biloba is thought to have many health benefits, including improving the stickiness of platelets. Studies have shown that its extract can improve the function of platelets and help to prevent bleeding.

The exact mechanism is not known, but it is thought to be due to the ability of ginkgo Biloba to improve blood circulation. If you are taking any medications that affect blood clotting, such as aspirin or warfarin (Coumadin), you should talk to your doctor before taking ginkgo Biloba.

Note: While there is some evidence to support the use of ginkgo Biloba, it is important to note that more research is needed in this area. If you are considering taking this supplement, be sure to speak with your healthcare provider first.

Although this supplement is generally safe, there are a few side effects that have been associated with taking the supplement. These side effects include:

If you experience any of these side effects after taking Ginkgo Biloba, it is recommended that you stop taking the supplement and consult with your doctor. 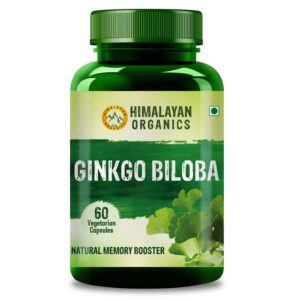 Ginkgo Biloba is a herbal supplement that is most commonly taken in the form of a pill or capsule. The recommended dosage varies depending on the condition being treated but is generally between 120-240mg per day. It is important to start with a lower dose and increase gradually as needed.

It is important to speak with your healthcare provider before starting any supplement, especially if you have any pre-existing medical conditions or are taking any medications.

Who Should Take Ginkgo Biloba?

Ginkgo Biloba is most commonly taken as a supplement to improve different bodily functions. Some of them are listed below:

Consider contacting Mantra Care for additional information on nutrition.  You can also get in touch with their nutrition experts through our online nutrition counseling, who can guide you through the process and help you achieve your fitness goals. Download our Fitness App to know more about us.