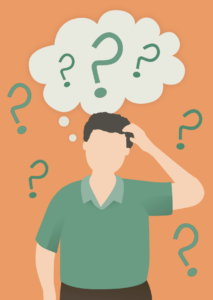 Dementia refers to a group of symptoms that affect memory, thinking, behavioral health, and social abilities so much which hinder daily life. It is not a result of any particular disease but numerous health conditions can cause dementia. It typically involves memory loss but is accompanied by various other symptoms. Millions of people in the world suffer from this syndrome and approximately 10 million new cases are introduced every year. Alzheimer’s disease is the commonest type of dementia and nearly 60-70% of cases have been found out. Dementia affects memory, thought process, learning, understanding, decision making, and language. The outcome of dementia can affect a patient’s life in all aspects. Whether it be family, society, and physical, psychological, social, and economic, all parts of a person’s life are affected to a large extent.

People suffering from dementia have problems in their daily life such as remembering things and thinking. Some other symptoms include:

There are 3 stages in which each person is affected by dementia in a distinct way depending upon the personality prior to illness and impact of disease including:

Early-stage: The beginning of dementia is gradual and it may show no impairment or very mild decline in which you can observe either no symptoms or slight changes of the behavior. The common symptoms include:

Middle stage: The signs and symptoms become transparent and constraining that may show a moderate decline in behavior include:

Late-stage: Dormant and dependence condition in which the memory state is serious. It may show moderately severe to very severe symptoms including- 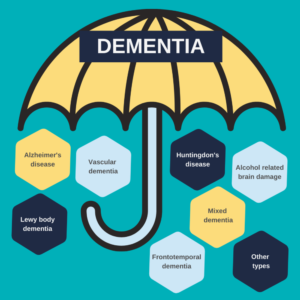 Dementia can be of different types-

Alzheimer’s disease: It is also called senile dementia, a progressive disorder in which brain cells degenerate themselves and die and consequently destroy memory and mental functions.

Parkinson’s disease: It is a disorder of the central nervous system in which nerve cell damage may cause a drop in dopamine levels and hence affect movements including tremors.

Frontotemporal dementia (FTD)/frontotemporal lobar degeneration(FTLD): It is commonly known as Pick’s disease. And is kind of similar to Alzheimer’s disease but slightly different. It results in a change in personality and behavior. It can also interfere with judgment and perception.

Vascular dementia: It is also called multi-infarct dementia caused by brain damage caused due to multiple strokes. It affects memory in older adults, specifically those who are at high risk of stroke which is the result of obesity or diabetes.

Creutzfeldt-Jakob disease(CJD): It is also called subacute spongiform encephalopathy in which the brain degenerates. It may arise spontaneously or come in inheritance from family. Or it is possible that the patient gets transmission by coming in contact with infectious tissue such as during transplant or eating contaminated meat. This disorder evokes personality changes, anxiety, depression, and memory loss within a few months. It may lead to dementia and death in the end.

Lewy body dementia(LBD): It is a type of progressive dementia that damages brain cells due to the deposits of abnormal microscopic protein particles called Lewy bodies and interferes with motor functions. It includes changes in vision, hallucinations, inattentiveness, and misidentification of objects.

Primary progressive aphasia(PPA): Changes in the ability to speak, understand, read, write and convey thoughts have been observed in PPA. It is a language disorder that is not the same as the problems with speech and reading and writing abilities.

There are other disorders also that are concerned with dementia are including:

Argyrophilic grain disease: It is a late-onset degenerative disorder that affects different regions of the brain and causes problems in memory and emotion. It declines cognition and alters memory and behavior. Its diagnosis is only possible by autopsy.

HIV-associated dementia(HAD): It affects the people who are suffering from HIV. It damages the brain’s white matter and then causes problems like memory, social withdrawal, lack of concentration, and movement. 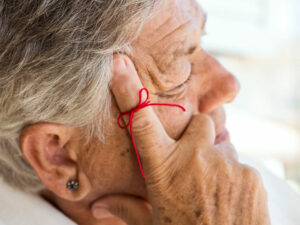 The causes of dementia include:

There are certain factors that lead to the chances of dementia, including:

Diagnosis commonly involves a number of questions and tasks including:

Cognitive dementia tests: Doctors may ask questions related to your age, time, address, year, date of birth, etc., and also consider the observations of the family members and carers.

Brain scans and lab tests: If the outcome points to memory loss, the doctors perform some blood tests that check various chemicals, hormones, and vitamin levels and CT (computer tomography)scan, MRI ( magnetic resonance imaging), and PET(positron emission tomography) of the brain to examine further and consider other possible causes.

Mini-mental state examination: It tests the placement of time and place, word review, language abilities, calculation and attention, and visuospatial skills that can help in diagnosing dementia caused by Alzheimer’s disease. It also checks the level of seriousness and drug treatment plans.

Mini-cog test: The doctor will do some tests including word perception, drawing of a thing, filling the numbers and 3 minutes are given to that person to complete the task. If the patient is unable to complete the task in 3 minutes. Then the patient recalls the task again and the process repeats from the first task. It will carry a maximum of 10 points. And if the scores drop below 3-4 points then dementia is a possible diagnosis. 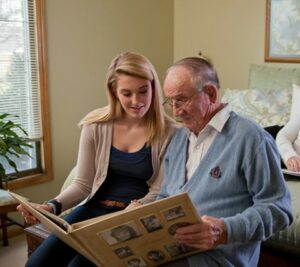 Diets To Reduce The Risk Of Dementia

Several studies have demonstrated benefits of these diets for good heart and brain health as;

Several medical drugs are in use as medicine for the treatment of dementia. However, these drugs require a doctor’s prescription to be in use. These includes:

Cholinesterase inhibitors like donepezil, rivastigmine, and galantamine block the normal breakdown of acetylcholine which is the main neurotransmitter in both the central nervous system(CNS) and peripheral nervous system(PNS) and is responsible for the contraction of smooth muscles, dilation of blood vessels, increasing secretions from the body and slow the pace of the heart.

NMDA receptor antagonists like memantine are a class of drugs that may help with memory and reduce neuronal excitation, abnormal pain occurrence, and hyperalgesia. 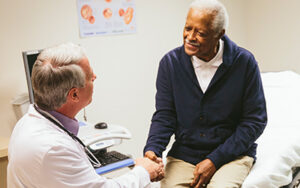 There are doctors who specialize in treating dementia. The person suffering from dementia should consult these medical professionals specialized in the treatment of dementia:

Geriatricians: These physicians are specialized to manage the health conditions of old people. These professionals have good experience in the care of older patients.

Geriatric psychiatrists: These psychiatrists are specialized in the treatment concerned with the mental disorders affecting older adults.

Neuropsychologists: These are psychologists who specialize in the treatment of disorders related to a person’s cognition and behavior concerned with the brain and the nervous system. They assess memory and thinking skills.

If you are seeking therapy or treatment for overcoming negativity in your life. Mantra Care is a suitable healthcare organization. We have several experienced, licensed therapists that will help you attain good mental health. And will help you get rid of any negativity, social anxiety, trauma, or fear.

A Word From Mantra care