There are multiple options out there for diabetes drugs and medicines that can lower your blood sugar. Diabetes is a health condition Where the patient suffering from it faces high blood sugar levels (hyperglycemia),  due to which they have to face “n” number of issues.  All these are the results of the lack of insulin produced by the pancreas in a diabetic body.

In Type 1 Diabetes the body is not able to produce insulin to process the glucose formed from the food you eat.  And in type 2 diabetes,  however, the insulin is produced by the pancreas but the body becomes insulin resistant. To combat these limitations occurring in a diabetic body it becomes important to take certain diabetes drugs or medicines so that your blood sugar level is kept normal.

Depending upon the types of diabetes they have insulin doses medications are recommended to them by the diabetologist for the doctors.

Most types 2 diabetes drugs or medications focus on lowering the sugar level. And most of them are oral drugs. However, in some cases of type 2 diabetes, it becomes essential to take insulin doses as well.

There are various kinds and categories of drugs working in different fashions to lower blood sugar levels: 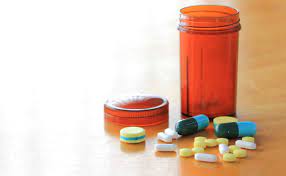 This is one of those diabetes drugs that work directly on starchy food and stop them from breaking down. These are the pills that type 2 diabetics take.

Most patients currently diagnosed with type 2 diabetes have been prescribed this medicine.

Because in patients recently diagnosed with type 2 diabetes, the sugar level tends to rise higher abruptly after the meal.

The two diabetes drugs under alpha-glucosidase inhibitors are:

How do Alpha-glucosidase inhibitors work?

What this drug does is that it prohibits starchy foods such as bread, potatoes, and pasta from breaking down. The absorption of such food is slowed down in the body. So, the abrupt rise in blood sugar levels of the body does not happen.

Usually, the drug is known for its positive effects on A1c test results ( the average blood sugar levels of the last two to three months). It has been noticed that alpha-glucosidase has the capacity of lowering glucose levels from 0.5% to 0.8%.

Side Effects of Alpha-glucosidase Inhibitors

If you are not taking the medicine according to the prescription or take it more than required, then you may face a fall in blood sugar levels.

You may go through these side effects:

To avoid these side effects, doctors start with small or low doses and slowly increase the doses of these drugs.

Who Should Not Take Alpha-glucosidase Inhibitors?

These diabetes drugs are not good for people with:

One should not take acarbose if he/she has:

The drugs are not recommended for pregnant women. 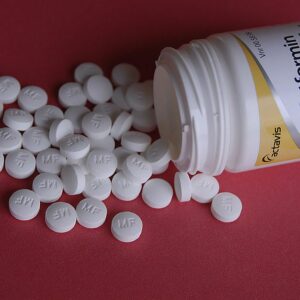 These are metformin. Biguanides are the class of diabetes drugs that work for maintaining blood sugar levels by prohibiting the production of sugar in the liver.

Due to this, the intestines absorb less sugar. This diabetes drug is prescribed either solely, or in combination with other diabetes medications.

The other benefits of this drug are:

Side Effects of Biguanides

Over time, the use of biguanides may cause:

Who Should Not Take Biguanides?

Pregnant women should take consultation from their doctors before taking it.

The Bile Acid Sequestrants is a medication that is used for reducing cholesterol levels in the human body. But it also helps people with diabetes by lowering their blood sugar levels. In a diabetic body, it is often noticed that cholesterol, particularly LDL cholesterol is on its rise in a diabetic body.

BASs is a diabetes drug that reduces LDL cholesterol. This, it does by binding itself with bile acids, the acid in the digestive system. As a result, bile acid is excreted out in the stool. Now, due to less presence and returning of bile acid to the liver, the liver starts to produce more of it to combat the loss. And the liver uses more cholesterol to convert it into bile acids. This leads to lowering cholesterol levels.

Bile Acid Sequestrants (BASs) do not get absorbed into the body which is why they do not have side effects affecting organs of the body. However, some common ones are: 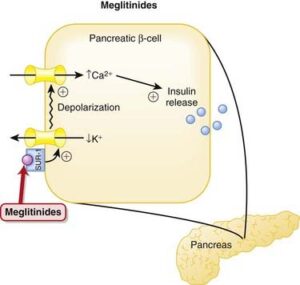 These are the drugs that work better for people who have flexible eating timings and are not able to maintain consistent mealtimes. Because these very diabetic drugs work for lowering blood sugars after meals.

They can be used individually or in combination with some other medications as well.

Under Meglitinides, the medications are:

How Do Meglitinides Work?

In type 2 diabetes, either the pancreas is not producing enough insulin, or your body doesn’t use the insulin properly-being produced by the pancreas. In either case, the blood sugar level rises. So, to process the glucose present in the blood meglitinides produce more insulin. And this helps in reducing blood sugar levels.

Side Effects of Meglitinides

Usually, people tolerate this drug easily. But in some cases, the side effects range from common to severe. They are:

It should be noted that it can cause a significant reduction in blood sugar levels if taken without food. And it could be risky.

Some of the medicines under this class of drugs are:

How Do Sulfonylureas Work?

They allow the body to produce more insulin. These are called insulin secretagogues. Sulfonylureas combine with a channel of protein present in the pancreas. This leads to the triggering of the beta cells in the pancreas, ultimately leading to more secretion of insulin.

For those who are suffering from an acute rise in blood sugar levels, or their HbA1c results are above 6.5%, Sulfonylureas are helpful for them.

Side Effects of Sulfonylureas

The side effects of these diabetic drugs include:

People with type 1 diabetes or diabetic ketoacidosis should not take sulphonylureas. Also, patients with kidney problems or liver problems might not be suitable to take this drug.

Also known as gliflozins, sodium-glucose transport protein 2 (SGLT2) inhibitors treat type 2 diabetes. They are also known for their positive effects on weight loss, blood pressure, and blood cholesterol levels. In addition, SGLT2 Inhibitors reduce the risk of stroke, and heart attack; and slows down the progress of kidney disease.

Side Effects of SGLT2  Inhibitors

Generally, SGLT2 Inhibitors are safe enough to take. But some cases can lead to side effects like:

Apart from these common side effects, some severe ones are:

As discussed above in Type 1  Diabetes the ability to produce insulin is drastically affected.  So the main purpose and the course of treatment provided to such patients is to make insulin available for the absorption of glucose by the cells of the body to produce insulin. The only option left in front of the patients suffering from Type 1 Diabetes is to rely on artificial insulin doses.

The type and the number of doses you need in a day will depend upon the severity of the lack of insulin in your body.  There are multiple options available categorized on the basis of when it starts to work (onset),  what is the time of greatest effect (peak), and how long it lasts (duration). The options available to the patients are:

These are the insulin that is generally recommended to take before meals.  These are also called neutral insulin. It starts to work within 30 minutes,  has the greatest effect of 3 hours,  and lasts till 4-12 hours. In appearance the insulin is clear.

It is said that Rapid-acting insulin is more like the insulin produced in the human pancreas. The onset of this insulin is 5 to 30 minutes and it works with the greatest efficiency between the time period of 30 minutes to 30 hours. But it lasts for 3 to 5 hours.

Examples of Rapid-acting insulins are:

Such types of insulin contain certain substances that allow them to work for a longer period of time. Those substances make the appearance of insulin a bit cloudy.  Talking of its onset,  it starts to work after  60 to 90 minutes. The duration of its highest effectiveness is between 4 to 12 hours. And it lasts for  14 and half hours.

It is said that it has no limits of duration, that is this insulin doesn’t have peak time and works for up to 24 hours. However,  it starts to work ok in the next 3 to 4 hours after the insulin has been injected.  Lantus and Levemir are the two examples of long-acting insulin.

Ultra Long-acting insulin: it too has no peak time, starts working in the next 6 hours, and lasts for 24 hours or even 42 hours.

Examples of Long-acting insulin are:

You might take the above-listed drugs in both ways, as per the prescription. You might take them separately or combine them with others. They can form many combinations. For example, a biguanide can be used with sulphonylurea. Though combining drugs can lower blood sugar levels quite efficiently, they also increase the risk of side effects. Also, they cost you more.