Gluten is a protein found in wheat, rye, barley, and some other grains. The only treatment for avoiding it is a gluten-free diet. Wheat is by far the most common gluten-containing grain. Glutenin and gliadin are the two primary proteins found in them. Gliadin, however, can also cause negative health effects.

A glue-like consistency gives the bread a sticky network that allows it to rise when we bake it. It also has a nice chewy texture. This contains a mixture of flour and water.  Gluten-free diet plans are becoming increasingly popular, owing to increased awareness about gluten intolerance. As a result, the mainstream availability of gluten-free food options has increased dramatically.

Additionally, in 2016, this food business ranked in more than $15 billion in revenue. With the development of these products, it is now easier for people to have more options. It is now more accessible to people who require a gluten-free diet.

A gluten-free diet is beneficial to one’s health if there is no celiac disease or non-celiac gluten sensitivity. Despite this, a survey claims that between 2009 and 2014, 2.7 million people without celiac illness followed this diet. The researchers of this study propose the following grounds for the adoption of the diet by the general public: 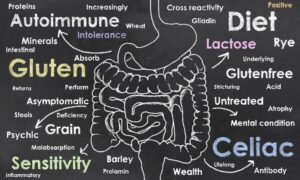 A gluten-free diet is healthier and helps with non-specific gastrointestinal issues.

A growing number of people are diagnosing themselves with gluten sensitivity.

People are observing that reducing it from their diet has improved their gastrointestinal health.

However, these products have become more commonly available in recent years. Along with other medical treatments, we can use blood tests, breath tests, and biopsies to detect celiac disease.

Many people are gluten intolerant and are unaware of it. If a person has an undetected gluten intolerance, such as celiac disease or gluten sensitivity, he should keep a close eye on the appearance of symptoms. Moreover, if a person feels he has any signs of gluten intolerance, he should consult a doctor.  An expert, like a dietician or nutritionist, can always guide you about a proper diagnosis before eliminating any food item from your diet. Further, on the detection of root causes, he should remove the gluten-rich foods from his diet. It can help them feel better to a great extent.

On the contrary, gluten-rich foods provide important nutrients such as protein and iron. One must balance the nutrient content before removing it from his diet. The deficiency of any nutrient has its own health hazards.

Following are the most common food items that contain gluten in high quantity: 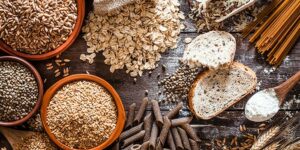 Moreover, you can find wheat in a lot of processed food items. Anyone who wants to avoid gluten should carefully read the labels of the food items that they are consuming.

Some people may find this diet difficult at first. Although, the first step is to read all of the labels on the foods you consume. This is because you can find it in a large number of foods items. People should eat mostly healthy whole foods on this diet. This is because whole foods are naturally gluten-free. Avoid glycemic load-containing processed foods, cereals, and grains.

There are a few naturally gluten-free grains and seeds that you can purchase online. These are some of them: 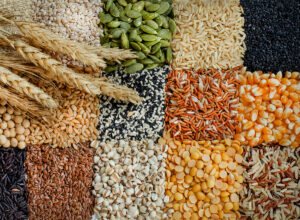 While oats are inherently gluten-free, they are susceptible to contamination. Hence, you should only consume oats that are labeled as gluten-free.

There are a variety of gluten-free whole foods to choose from, including:

As a general rule, choosing natural food items (as listed above) is a better option than choosing the manufactured ones. The manufactured food items are typically low in nutrition and rich in refined grains or added sugar. Except for beer, most beverages are gluten-free. You can check their labels to find the gluten content in them before consuming them.

Who Should Take A Gluten-Free Diet?

This diet may be more expensive to follow for the rest of the people. It may have a negative impact on digestive health due to the lack of fiber. Small quantities of arsenic that are found in rice and rice products are being monitored for its use in both natural and human sources. As a result, people should avoid consuming even whole-grain brown rice in excess.

People generally tolerate gluten very well. Moreover, people with specific health conditions, on the other hand, may experience difficulties. Celiac disease, gluten sensitivity, wheat allergy, and a few additional disorders fall under these negative impacts. Below are some of the problems that relate to it are:

The most severe form of this sensitivity is celiac disease, also known as coeliac disease. It affects roughly 1% of the population. Gluten sensitivity is an autoimmune condition in which the body perceives it as a foreign invader. Gluten, as well as the gut lining, attacks the immune system. This affects the gut wall, which can lead to nutrient deficiencies, anemia, severe digestive problems, and a higher risk of a variety of diseases. Symptoms of celiac disease are: 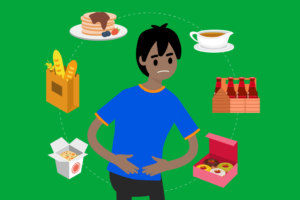 Food items containing gluten can cause various digestive problems. These problems often result in sleepless nights and discomfort. Once you start seeing any symptoms, you must consult a doctor and take the medication. Irritation in the bowel is generally termed Irritable Bowel Syndrome. It is a common digestive disorder that causes symptoms as follows: 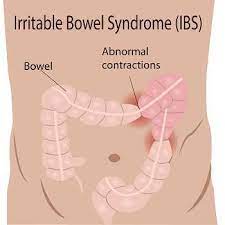 Although it is a chronic condition, many people may control their symptoms by changing their diet, living a healthier lifestyle, and using stress management techniques. Research has revealed that this diet may help some people dealing with irritable bowel syndrome and other stomach-related problems.

A wheat allergy, which affects about 0.2–1% of the population, may cause stomach problems after swallowing gluten. Furthermore, it is also stated that a gluten-free diet may benefit some people suffering from schizophrenia, autism, or gluten ataxia. Symptoms of wheat allergy include:

The primary treatment for wheat allergy is to avoid eating food items that contain wheat. However, this isn’t always as simple as it sounds. You can find wheat in a variety of meals, including soya sauce, ice cream, and hot dogs, and many others. If you have eaten wheat by accident, you may need medication to treat allergic reactions.

Many people do not have celiac disease but nonetheless have a bad reaction to gluten. This sensitivity that isn’t caused by celiac disease is known as non-celiac gluten sensitivity/intolerance. Researchers aren’t sure how many people have this illness, but when estimated then it is in between 0.5 and 13 percent of the population. However, it also estimated the following: 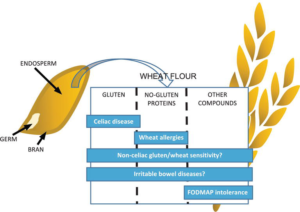 Symptoms of gluten sensitivity/intolerance are:

Gluten sensitivity has no clear definition. The doctor will diagnose you when you react poorly to it but has ruled out celiac disease and allergies. Some experts, however, do not believe that this is a valid condition. They believe that chemicals other than gluten are to blame for the negative consequences. 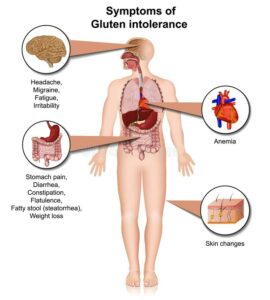 The most frequent symptom of this sensitivity is digestive discomfort. The individual may also suffer from anemia or have difficulty in gaining weight. People can ask their doctor to check for celiac disease first to figure out what is causing them to suffer. There are two primary methods for determining whether someone has celiac disease or not:

Below are some other approaches to detect and prevent gluten:

In some cases, a gluten-free diet can have adverse effects, if you remove it from your diet. Moreover, the below points will explain why this happens.

Whole grains, like whole-wheat bread, are high in nutrients. In addition, many gluten food items, such as morning cereals, contain many vitamins and other useful nutrients.

Many gluten-rich food items are high in fiber. If you are following a gluten-free diet then it’s important to add some more food that is rich in dietary fiber. It includes seeds, nuts, lentils, beans, and gluten-free whole grains. Many studies have found that avoiding gluten from your food can also lead to cardiovascular diseases.

The above article explains how gluten affects your health. If you avoid gluten, then you can also obtain your fiber from amaranth, kasha, millet, and quinoa, as well as fruits, vegetables, and nuts. Always read labels to be sure you’re not substituting sugar or fat for gluten.