Cinnamon is a spice that has been in use for centuries to cure what ails you. The cinnamon trees are in South East Asia, the Indian subcontinent, and North Africa. Its cinnamon bark is ground down into cinnamon powder or cinnamon sticks. Nowadays people use cinnamon as an antioxidant supplement because of its powerful properties! Cinnamon might help your diabetic condition. Learn more about how cinnamon could help with diabetes by reading this article.

Cinnamon is a spice that has been in use for centuries as a flavoring agent in foods. It also has some impressive health benefits, including cinnamon helping lower blood sugar levels and reduce cholesterol.

This may work so well at helping people with diabetes control their blood sugar levels. It could also be an alternative treatment.

Cinnamon, which you may think of as a dessert spice or an accompaniment to breakfast foods, has been in use for thousands of years in traditional medicine and food preservation.

Cinnamon is the inner bark of Cinnamomum trees. After drying, the bark curls up and creates cinnamon sticks. Another word for it is quills, which may be processed into ground cinnamon.

In the United States, cinnamon is sold in several forms. Cinnamon can be divided into two categories according to its origin: Ceylon and Cassia

Diabetes patients may have extra restrictions placed on them as a result of their diseases, such as eating limitations and physical activity limitations. People believe that cinnamon aids blood sugar management in those with diabetes.

Despite this, Cinnamon may assist with the symptoms of diabetes. While other research is still in its infancy, cinnamon appears to have beneficial effects on blood sugar levels.

Blood pressure increases and blood sugar levels are disrupted are possibilities that have been raised by previous studies, but cinnamon is unlikely to cause such problems.

According to the National Center for Complementary and Integrative Health (NCCIH), cinnamon is ineffective in treating any disease.

Nonetheless, even if the cinnamon benefits need further proof. It is a healthful and delicious substitute for sugar in the diet. 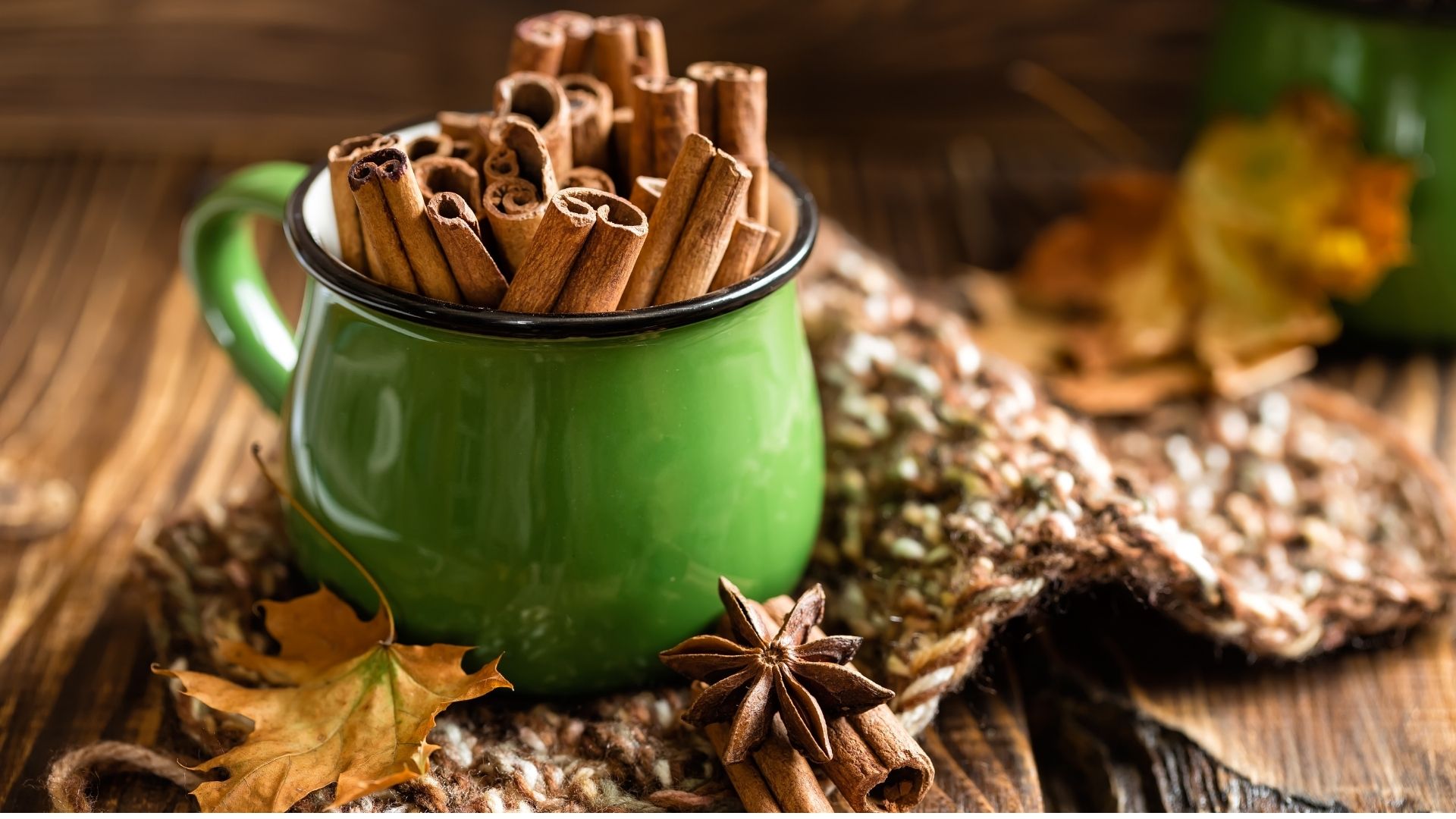 There is no evidence that cinnamon harms blood sugar levels. It’s a safe option for people with diabetes who want to avoid riskier alternatives. These include- sugar, salt, and other potentially harmful flavoring chemicals.

Cinnamon may not appear to be a superfood when viewed briefly in terms of its nutritional information. While it doesn’t have a lot of nutrients or minerals, it does include significant amounts of antioxidants, which contribute to its health advantages.

Cinnamon has the second-highest antioxidant content among 26 different herbs and spices, according to another team of researchers.

Antioxidants are beneficial because they aid in the reduction of oxidative stress. This is a form of the cell damage caused by free radicals.

Cinnamon extract, when in use daily for 12 weeks, shows to reduce oxidative stress in individuals with prediabetes by 14%.

This is significant since oxidative stress is in link to the development of nearly every chronic disease, including type 2 diabetes.

In individuals with diabetes, either the pancreas is unable to produce enough insulin or cells do not respond to insulin appropriately, resulting in abnormally high blood sugar levels.

Cinnamon shows to assist with diabetes prevention and treatment by mimicking insulin and promoting glucose uptake into cells. 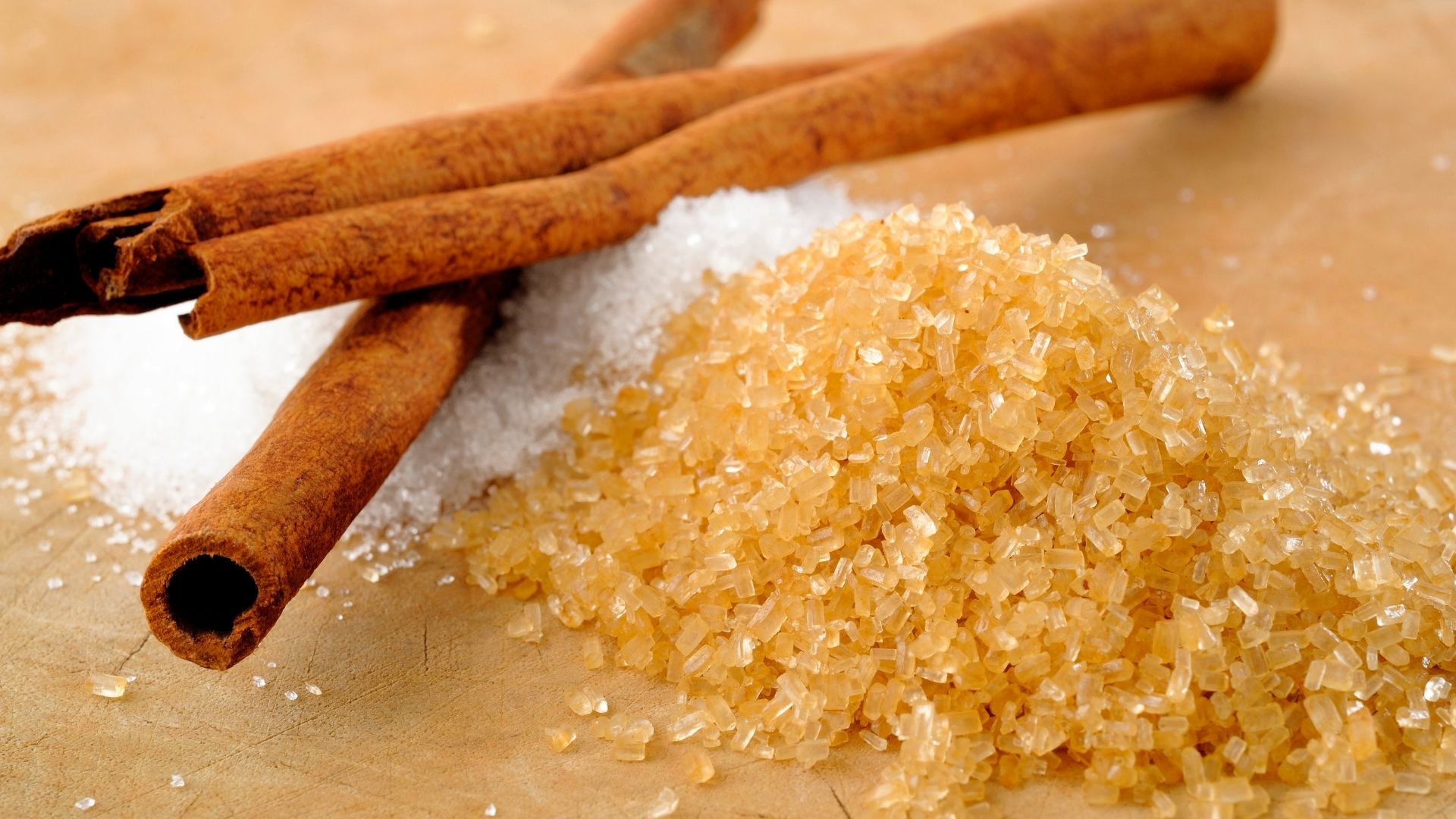 Cinnamon has been in several control trials to help reduce blood sugar levels before meals.

Taking it was a link to a reduction of over 24 milligrams per deciliter (1.33 mmol/L) in 543 people with type 2 diabetes, according to one study.

While these findings are indisputable, studies on its impact on hemoglobin A1c, a measure of long-term blood sugar control, have produced conflicting results.

According to certain studies, hemoglobin A1c levels decreased by up to 0.5 percent, while other research found no difference.

Researchers point out that variations in the quantity of cinnamon given and participants’ previous blood sugar control might explain some of the differences.

Blood sugar levels might increase significantly after eating, depending on the size of the meal and how many carbohydrates it contains.

Our bodies are not the only ones that suffer from sugar addiction. Sugar has been a cause of a variety of health concerns, including high blood pressure, obesity, and diabetes. The damaging effects of sugar on the body’s cells have been in well-documentation in recent years. Blood sugar swings can induce oxidative stress and inflammation, both of which are a cause by diabetes-related complications, including heart disease.

Cinnamon can aid in the management of these blood sugar surges after meals. It is in the suggestion that it does so by slowing down how quickly food empties from your stomach.

According to one research, consuming 1.2 teaspoons (6 grams) of cinnamon with a serving of rice pudding reduced stomach emptying and blood sugar spikes more than eating rice pudding without it.

It lowers blood sugar after meals by inhibiting digestive enzymes that break down carbohydrates in the small intestine.

Lowers the Risk of  Complications

Cinnamon has additional benefits. It can help lower fasting blood sugar levels and minimize blood sugar spikes after meals. It may also aid in the prevention of diabetes-related problems.

People with diabetes have a four times greater chance of getting heart disease than those without. Cinnamon may help reduce this risk by improving established risk factors for heart disease, such as blood sugar levels and cholesterol levels.

Furthermore, another research discovered that consuming two grams of cinnamon for 12 weeks reduced both systolic and diastolic blood pressure.

According to studies, cinnamon extract inhibits the formation of two proteins: beta-amyloid and tau. These are in connection with the development of Alzheimer’s disease.

However, this study has only been conducted in test tubes and animals. More research in humans is in need to validate these results.

Which Cinnamon is Better for Diabetes 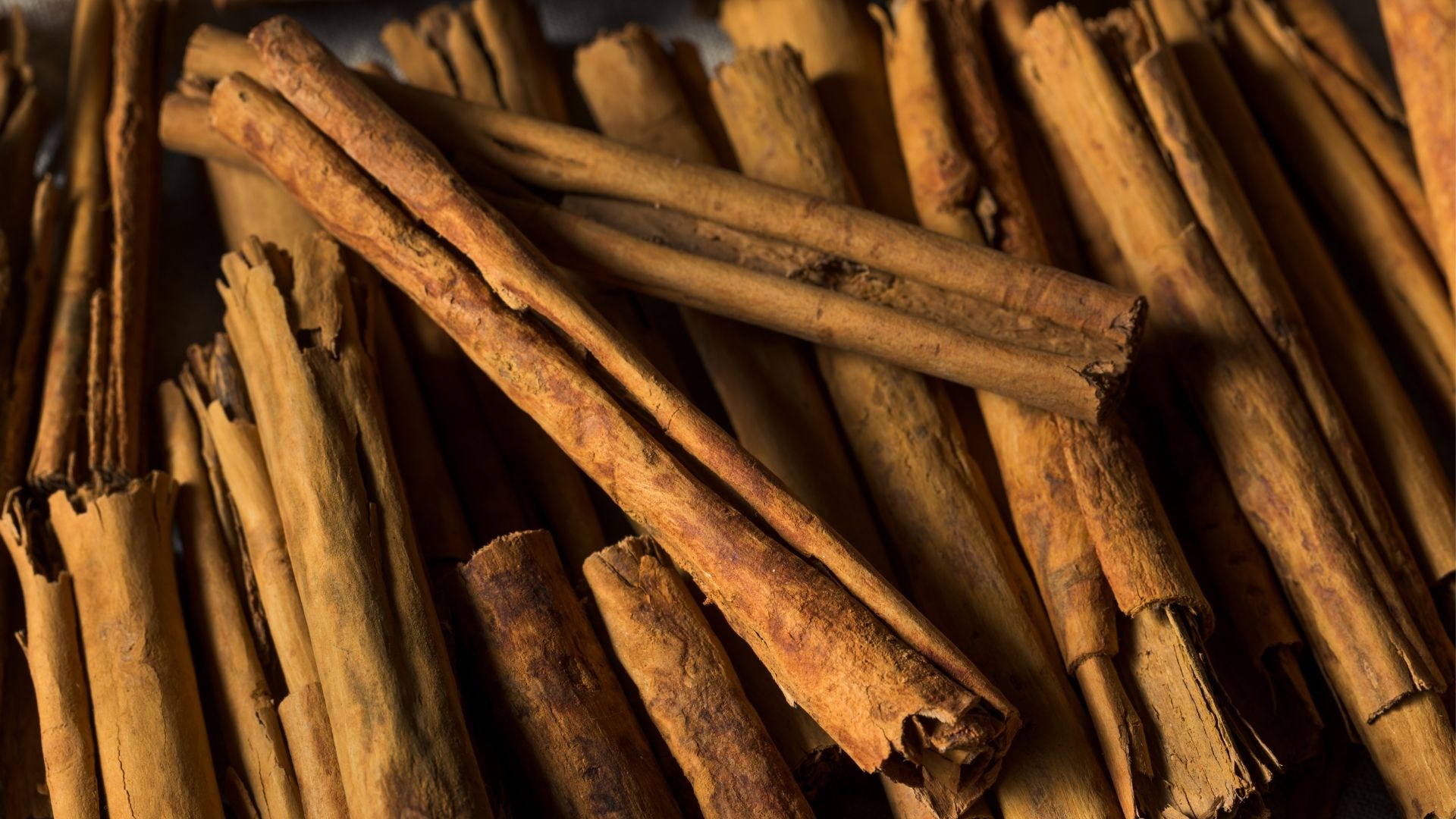 Ceylon and Cassia are the most well-known types of cinnamon.

Cassia cinnamon is often made from several species of Cinnamomum trees. It’s readily accessible in most meals as well as the spice aisle of your local supermarket.

Despite this, although Ceylon cinnamon has health advantages in animals and test tubes, the majority of those demonstrating health benefits in humans have utilized Cassia cinnamon.

Risks for Cinnamon for Diabetes

Cinnamon from Cinnamomum cassia has a chemical profile that is different from cinnamon obtained from other sources. It’s also high in coumarin, a toxic organic component found in many plants.

It’s fine for you to eat it as a meal unless you have liver damage. If you do have liver issues, be cautious because significant amounts of cinnamon can exacerbate them.

The European Food Safety Authority has established a permissible daily intake of coumarin at 0.045 mg per pound (0.1 mg/kg) as the safe level for human consumption.

For example, if the average coumarin content in Cassia cinnamon is similar to that of Cassia, then it would be approximately a half teaspoon (2.5 grams) of Cassia cinnamon per day for a 165-pound (75-kg) individual.

As you can see, Cassia cinnamon is high in coumarin and maybe in consumption in much larger amounts than the maximum level by taking supplements or eating large quantities of it in meals.

However, Ceylon cinnamon has far lower quantities of coumarin than Cassia cinnamon, making it impossible to take more than the advised amount of coumarin.

Other Risks for Cinnamon for Diabetes

People with diabetes who use medications or insulin should be cautious when adding cinnamon to their normal regimen. Low blood sugar, known as hypoglycemia, is a possible side effect of cinnamon in use in addition to your current therapy.

Cinnamon is a wonderful addition to diabetes management, but it can also cause hypoglycemia, which is a potentially life-threatening condition. It is advisable that you discuss cinnamon use with your doctor if you have diabetes. Finally, children, pregnant women, and persons with extensive medical histories should consult their doctors before deciding on cinnamon.

If you are considering cinnamon supplements, speak with your doctor first, especially if you are on any medications. Also, search for brands that have a quality seal from NSF International, US Pharmacopeia, or Consumerlab. This ensures that the supplement contains the components stated on the label and is free of contaminants and/or potentially hazardous ingredients.

Does Cinnamon Interact With Other Herbs or Drugs 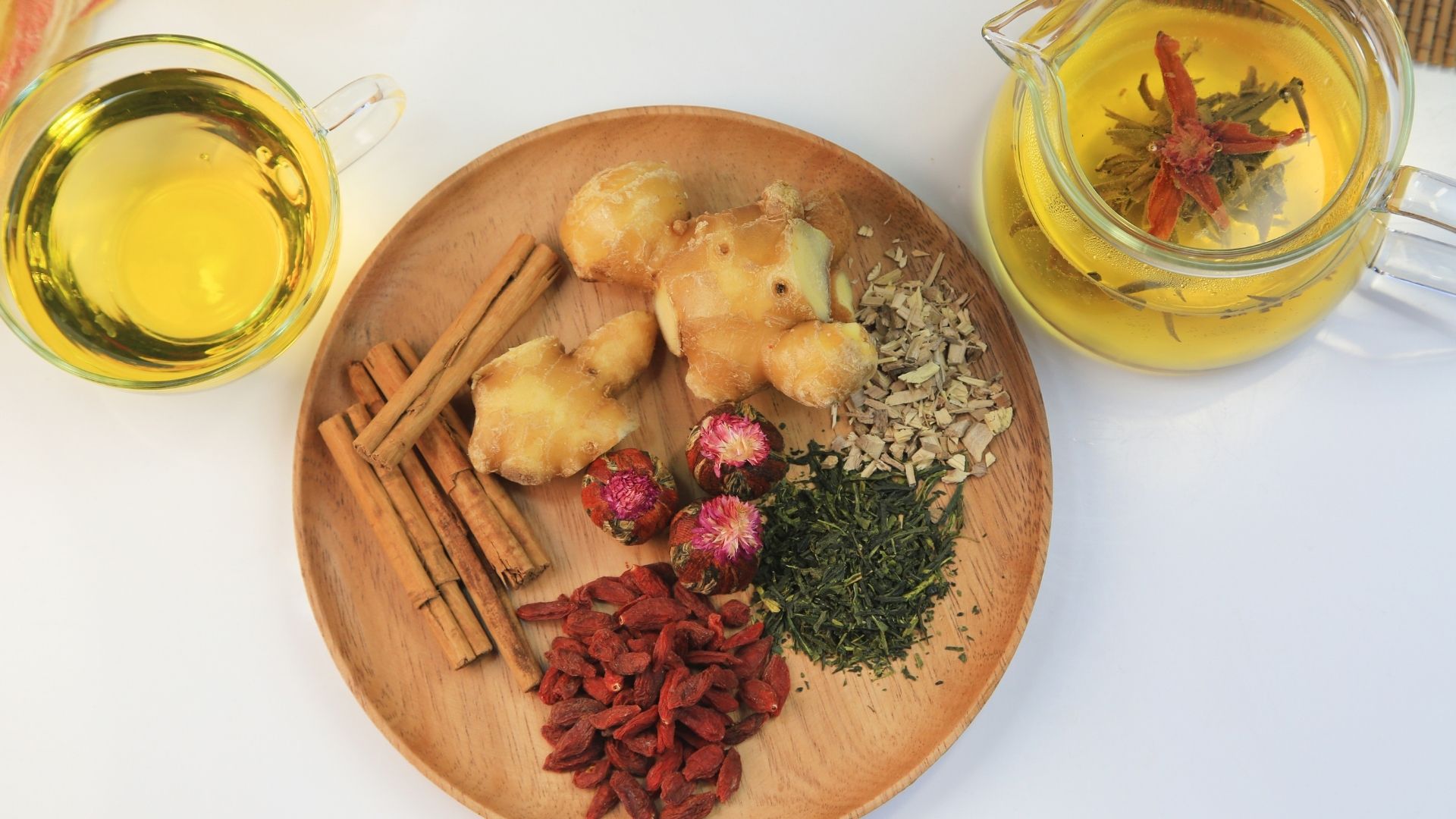 If you’re using both of these supplements, use caution if you’re also taking other medicines that lower blood sugar levels.

How Much Cinnamon Should One Take

Cinnamon’s ability to reduce blood sugar has been thoroughly examined. Despite this, there is no agreement on how much you should consume to receive the advantages while avoiding potential hazards.

1–6 grams per day. Either as a supplement or in the form of a powder mixed into meals. It has been in use in previous studies.

People who took lower doses had the same result as those who took higher doses, suggesting that there is no need to take huge dosages.

Furthermore, several studies have revealed that Cassia cinnamon’s coumarin content varies. As a result, ingesting more than 0.5 to 1 grams of it per day may put you over the safe daily intake.

Taking with caution is not necessary. Ceylon cinnamon contains considerably less coumarin than its Ceylon-grown relatives, so there is no reason to be concerned. As far as the danger of coumarin is concerned, up to 1.2 teaspoons (6 grams) daily should be fine.

A growing body of research supports the notion that cinnamon can help manage blood sugar levels in diabetic patients. Though it’s not yet definitively known how there are many theories to explain this phenomenon. One is the ability of the cinnamon extract to slow down digestion and its subsequent rise in glucose levels. It is important to note that some studies have shown mixed results on whether or not taking pure ground cinnamon affects diabetes management. However, other studies suggest that using a specific form of Ceylon Cinnamon – which contains less coumarin than ordinary cassia-based cinnamons – may be more beneficial for people with type 2 diabetes. As always, consult your physician before making any changes if you’re currently managing your condition through medication.

A Word from MantraCare

If you are looking for more information on this topic or Diabetes treatment, Online Therapy, Hypertension, PCOS treatment, Weight Loss, and Physiotherapy, please visit mantracare.org or feel free to reach out to us at +91-9711118331 or email at [email protected]. You can also download our free Android App or IOS app.