Vodka: What Is It?

Vodka is a traditional drink that does not contain sugar. It is mainly composed of water and ethanol. Sometimes it contains flavourings and traces of impurities. Drinking vodka may cause your blood sugar level to spike or fall if you have diabetes. Moreover, alcohol is low in calories. This liquor contains no carbohydrates, fat, or sugar, and has no nutritional value. Vodka is a wonderful choice if you’re on a diet or just want to drink without consuming too many calories. Beer, wine, champagne, and pre-mixed cocktails have more calories and carbs as compared to Vodka.To keep the calorie and carb count low, mix vodka with soda water and a squeeze of lemon or diet soda. But, you must try to restrict your vodka intake to a sensible minimum quantity. Remember that if your liver is busy digesting vodka, it won’t be able to help you in fat burning. It’s essential to understand that excessive vodka use can be harmful to your general health. For men, “low-risk” drinking levels are defined as not more than four drinks per day and not more than fourteen drinks per week. Women consume fewer beverages than men. It should be no more than three drinks per day and a total of seven drinks per week. Excessive vodka use can harm your brain, liver, heart, and other important organs. It can also lead to an increased risk of some diseases. If you’re pregnant, avoid drinking vodka or any other form of alcoholic beverage. The only ingredients in vodka are ethanol and water. As a result, vodka has almost no nutritional value. Vodka contains no sugar, carbohydrates, fiber, cholesterol, fat, sodium, vitamins, or minerals. The calories come entirely from the drink.

When compared to wine or beer, vodka is a lower-calorie beverage. The higher the proof (concentration) of your vodka, the more calories it contains. The term “proof” refers to the percentage of alcohol in a beverage. By splitting the proof in half, you can get the percentage. For example, 100 proof contains 50% alcohol, while 80 proof has 40% alcohol. The higher the proof, the more calories there will be and the bigger effect on your blood alcohol content. The following are the calories in a 1.5-ounce shot of vodka: Alcohol isn’t a carbohydrate in any manner. The only source of calories in vodka is the alcohol itself. Per gram of pure alcohol, there are around 7 calories. Carbohydrates and protein both have 4 calories per gram, while fat has 9 calories per gram.Alcohol is approximately twice as fattening as carbohydrates or protein, and just slightly less fattening than fat. The calorie count of different brands of vodka with the same proof is generally the same. For example, 80 proof vodkas like Kettle One, Smirnoff, Grey Goose, Skyy, and Absolut contain 96 calories every 1.5-ounce shot, or 69 calories per ounce.

Distilled spirits, such as vodka, rum, whiskey, and gin, are carb-free since they solely contain alcohol. If you’re keeping track of your carbs, vodka is the way to go. This may seem odd considering that vodka is manufactured from carbohydrates such as wheat and potatoes. During the fermenting and distillation operations, however, the carbohydrates are eliminated. Some rum products, for example, have added spices and sugar, which alter the flavour as well as the nutritional value. In general, wine and beer have more calories and carbs per serving than vodka.

Comparing vodka carbs and calories with other types of alcohol

Flavour-infused vodkas can enhance the drinking experience while also reducing the need for high-calorie mixers such as cranberry or orange juice. Nowadays, vodka may be obtained mixed with any natural or artificial flavor. The most common options for flavoured vodka are: Bacon, whipped cream, ginger, mango, and even smoked salmon are among the more exotic infusions. The best part is that, aside from basic vodka, most of the flavoured varieties include no additional calories. Keep in mind that flavour-infused vodka is not to be confused with vodka beverages. These beverages are created with flavoured sugary syrups added after the fermentation and distillation process. These drinks typically have a lot more calories than infused vodka. Always pay attention to the labels. If the nutrition information on the product label isn’t available, look for it on the manufacturer’s website.

When you’re enticed by tempting hurricane glasses loaded with frozen concoctions and tropical, extra-potent tiki drinks, then it can be difficult to order intelligently at a bar. However, there are lots of healthy drinks that are equally as delicious as the sugary and fatty ones. Below are some of the vodka drinks that are low in calories and high in calories.

Vodka has almost little flavour on its own. It saves from the burning alcohol flavour that many people dislike. To choose the flavour of vodka, many consumers combine it with sugary juices or sodas. However, many of these mixers contain a lot of sugar, which can mess with your diet. Mix your vodka with one of the following ingredients instead of sugary drinks to keep your cocktail low-calorie and low-carb: Some of the low calories vodka drinks: 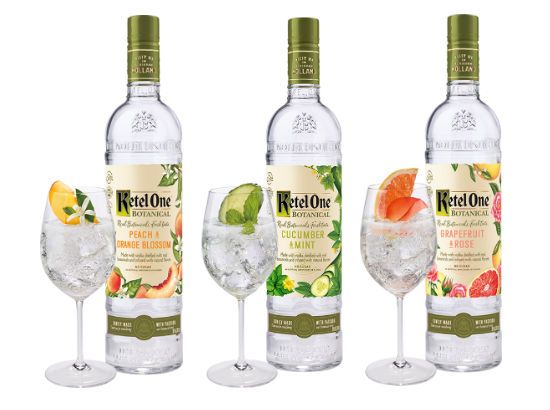 Vodka can help prevent clots, strokes, and other heart diseases by increasing blood flow and circulation in the body. Vodka can also help in cholesterol reduction. High-calorie vodka drinks are: Our bodies’ fat-burning function is hampered by alcohol, even vodka. Fats are normally metabolized (broken down) by our liver. Your liver, on the other hand, likes to break down alcohol first when it is present. While your body uses the alcohol for energy, fat metabolism comes to a standstill. This is known as “fat sparing,” and it is harmful to someone who is trying to reduce weight. While a single shot of vodka with under 100 calories may not seem like a big problem. Most of us don’t stop there. Just three vodka drinks add 300 calories to your daily calorie intake. We lose our inhibitions when we drink, and our hormones (adrenaline and cortisol) are messed up, which enhances our desires for high-fat, high-carb foods.Vodka may be a better choice than other types of alcohol like beer or sugary cocktails, but if you’re trying to lose weight, you should treat vodka like a piece of cake or a cookie and keep it for rare occasions.

Effects of Vodka on Diabetes

Some of the ways that tell effects of vodka on diabetes are: These can be mistaken for or disguise with the signs and symptoms of low blood sugar.

Do’s And Don’ts For Diabetics

These alcohol consumption rules should be followed by diabetics who drink vodka:

The alcoholic drink vodka over the years has been its versatility. The drink vodka does not contain any sugar which is good for diabetics to consume. Here are some of the interesting facts about vodka that you should know about.

It’s easy to imagine everything you know about vodka. Colourless, mild in flavour (if not often completely flavourless), high-test, and mixer-friendly, all are features of vodka. That is unless you’re talking about vodka 101.Hence, vodka gives advantages and disadvantages as well. It is low in calories but does not provide any nutrients to the body. Vodka does not have any sugar. It is often served chilled and unmixed (i.e., no water, ice, or mixers), but it can also be used as a mixer in cocktails.

The above study shows that diabetes patients can drink vodka as there is no sugar in it. Also, the article explains the comparison of other beverages including their carbs and calorie counts. Some of the interesting facts are also mentioned that you should know about. With that, some do’s and don’ts will help diabetics to consume vodka safely.

If you are looking for more information on this topic or on Diabetes treatment, Online Therapy, Hypertension, PCOS treatment, Weight Loss, and Physiotherapy, please visit mantracare.org or feel free to reach out to us at +91-9711118331 or email at [email protected]. You can also download our free Android App or IOS app.Here at Mantra Care, we have an incredibly skilled team of health care professionals and coaches who will be happy to answer any questions and provide further information so you know what’s best for your unique needs.