If you’ve ever been the butt of an OCD joke, you know how painful and damaging they can be. Jokes about mental illness are never funny, and they’re especially harmful when it comes to OCD. People with OCD already feel ashamed and embarrassed about their condition, and jokes just make things worse. In this blog post, we’ll discuss why OCD jokes are harmful, and we’ll also give you some tips on how to deal with them. 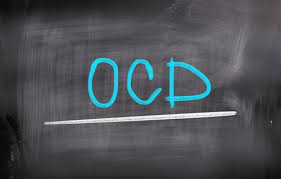 OCD, or Obsessive Compulsive Disorder, is a mental illness that causes people to have intrusive, unwanted thoughts (obsessions) and to engage in repetitive behaviors (compulsions) in an attempt to relieve anxiety. OCD is a serious condition that can interfere with every aspect of a person’s life, but it is also highly treatable.

Why Do People Joke About OCD?

People joke about OCD because it’s an easy target. Mental illness is still stigmatized, and people with OCD are often seen as odd or eccentric. Unfortunately, this stigma fuels the fire of discrimination and prejudice against people with mental illness.

When you joke about OCD, the unintentional consequence is that people’s experiences are diminished from a serious mental disorder to nothing more than a quirk — funny little habits that warrant laughter instead of treatment. This is not only embarrassing to people who have the disease, but it can hurt their chances of getting help.

While these memes and jokes might seem harmless at first glance, they can be hurtful to those of us who live with OCD. Obsessive-compulsive disorder is no joke, and it involves a lot more suffering than just being extra-neat and organized.

Obsessive-compulsive disorder is often portrayed as a quirky, cutesy, bothersome at most, illness. This couldn’t be further from the truth. OCD is a potentially devastating neurologically based anxiety disorder with the ability to destroy lives.

Many shows, movies, and jokes center around the suffering of this mental disorder. From the casual and mainstream use of these terms, the ease from which people use this term makes its way into our daily language. Some common statements we often hear around us include: 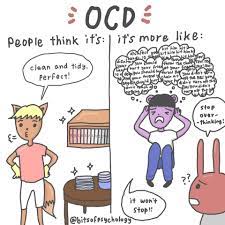 “Why don’t you just relax and stop being so OCD?”

“Have you tried just not thinking about it?”

“You’re being so OCD right now!”

“You’re so OCD, you probably count the steps on your way up to bed.”

As you can see, these jokes are not only hurtful but they’re also based on false stereotypes. People with OCD are not “crazy,” and they are certainly not making things up in their heads. OCD is a real, serious condition that deserves our understanding and compassion.

Why OCD Jokes Are Harmful?

Unfortunately, many people don’t understand OCD, and they view it as nothing more than quirky behavior. This misunderstanding often leads to jokes and teasing, which can be extremely hurtful for someone with OCD. So why are these jokes so harmful? Let’s take a look at some of the reasons.

They Make Light of a Serious Condition

OCD is a serious, chronic mental illness that can cause tremendous suffering. It’s not something to be made light of or joked about. Making jokes about OCD suggests that it’s not a real condition, or that it’s not as serious as other mental illnesses. This attitude can make it harder for people with OCD to get the help and support they need.

There is still a lot of stigma surrounding mental illness, and jokes about OCD only reinforce it. When people joke about OCD, they’re perpetuating the idea that there’s something wrong or abnormal about having the condition. This can make it even harder for people with OCD to seek treatment, because they may feel ashamed or embarrassed.

They Can Trigger Anxiety

For people with OCD, jokes about their condition can be triggering. They may start to worry that other people are making fun of them behind their back, or that they’re not really “normal.” This can lead to more anxiety and OCD symptoms, which can be extremely distressing.

It minimizes the seriousness of OCD

When people joke about OCD, it suggests that it’s not a serious condition. This can be very hurtful for someone who is struggling with OCD because it invalidates their experience and makes them feel like they’re not sick. 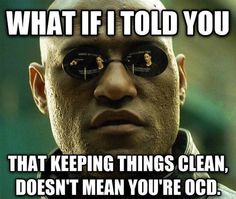 OCD jokes are harmful because they reinforce the negative stereotypes that society has about mental illness. When people joke about OCD, they’re not just making fun of one person – they’re making fun of all people who suffer from this condition. This can lead to more discrimination and isolation for those with OCD. In addition, joking about OCD can make it harder for people to seek help for their condition.

What You Can Do About It?

If you have OCD, it’s important to remember that you’re not alone. There are millions of other people out there who understand what you’re going through. And while dealing with OCD can be tough, there is hope. With treatment, you can learn how to manage your symptoms and live a full and happy life.

If you’re the target of an OCD joke, there are a few things you can do to stand up for yourself. Here are some tips:

Mental health awareness is a gradual yet an important process which is needed to make mental illnesses less stigmatized and provide a safe, judgement-free and open environment for people with mental disorders.