Bulimia nervosa is an eating disorder characterized by bingeing and purging. This means that someone with bulimia will eat a large amount of food in a short period of time, and then try to get rid of the food by vomiting, using laxatives, or exercising excessively. Bulimia can have serious physical and emotional consequences, but it is a treatable condition. In this blog post, we will discuss the facts about bulimia nervosa. 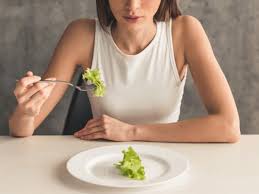 Bulimia is an eating disorder that is characterized by episodes of bingeing and purging. Bingeing refers to eating a large amount of food in a short period of time, while purging involves getting rid of the food through vomiting, use of laxatives, or excessive exercise.

It can be a very dangerous disorder because it can lead to serious health problems, including dehydration, electrolyte imbalance, and heart problems. The common symptoms of bulimia include:

If you think you may be suffering from bulimia, it is important to seek help from a medical or mental health professional. This condition is treatable, but it is important to get help as soon as possible. In fact, researchers have found that the earlier bulimia is treated, the better the chances are for recovery.

What Are Some Facts About Bulimia?

Bulimia disorder is a type of eating disorder that is stem from feelings of insecurity, anxiety, and low self-esteem. This type of disorder talks about the loss of control when it comes to eating. People with bulimia often binge eat, and then purge later on through vomiting or by using laxatives.

This is done as a way to prevent weight gain from the binging. However, even though people with this disorder might seem to be of normal weight, they are still at risk of developing serious health. Here are some common facts about bulimia:

If you or someone you know has bulimia, it’s important to understand that this isn’t simply a case of “poor impulse control.” Bulimia is actually rooted in much deeper psychological issues. For many people with bulimia, the act of bingeing and purging provides a temporary sense of relief from anxiety or other negative emotions.

Bingeing is relatively defined as eating a large amount of food in a short period of time. However, the definition of “large” and “short” can vary from person to person. For some people, bingeing might mean eating an entire pizza in one sitting.

For others, it might mean eating an extra helping at dinner or grabbing a candy bar when they’re not really hungry. Regardless of the specifics, people with bulimia typically feel out of control during a binge. They may eat faster than usual or until they feel uncomfortably full. This can lead to physical problems, such as:

Bulimia Is A Mental Disorder 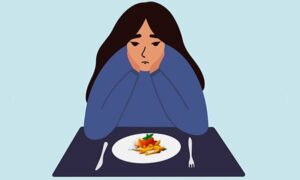 Many people are surprised to learn that bulimia is a mental disorder. Bulimia nervosa, as it is formally known, is an eating disorder that is characterized by periods of bingeing followed by purging. This can take the form of vomiting, using laxatives, or overexercising.

It often develops in adolescence or early adulthood, and women are much more likely to suffer from bulimia than men. It is estimated that around a percent of those with this eating disorder are male. The disorder can have serious consequences if left untreated. People need to understand that it is not simply a matter of “eating too much” or being “lazy.” Bulimia is a real mental disorder that can be very difficult to overcome.

If you think you may be suffering from bulimia, it is important to seek professional help. Because it is a real mental disorder, it is not something that you can simply “snap out of.” With treatment, however, it is possible to recover from bulimia and go on to lead a happy and healthy life.

Social Pressure Can Be A Factor

When people suffer from a mental disorder, there are usually a variety of factors that contribute to its development. For bulimia, one of those factors may be social pressure. Studies have shown that people who feel like they need to meet certain standards in order to be accepted by their peers are more likely to develop eating disorders.

This is especially true for young women, who often feel immense pressure to be thin. With society constantly bombarding them with images of “perfect” bodies, it’s no wonder that so many develop eating disorders in an attempt to achieve that level of perfection.

And in these ways, they tend to become even more obsessed with their weight and appearance, which can lead to a dangerous cycle of bingeing and purging. If you or someone you know is struggling with bulimia, it’s important to seek professional help. This disorder can be incredibly damaging to both the mind and the body.

Those women with bulimia who do become pregnant often have a harder time than other women. They may deal with morning sickness more, and they’re also at an increased risk for pre-term labor and low birth weight babies. Additionally, because the body is so depleted of nutrients, it can lead to problems with the placenta and anemia.

All of these difficulties put the baby at risk, and in some cases, can lead to miscarriage. If you are struggling with bulimia and want to become pregnant, it’s important to seek professional help so that you can get your body healthy enough for a baby. In fact, it is to be expected that professional help will be necessary to overcome bulimia in order to have a healthy pregnancy. 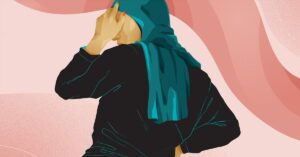 This is often very common that if you are suffering from bulimia, you are likely also suffering from another mental disorder. This is because the two disorders share many risk factors. For example, people with bulimia are more likely to have:

These mental and emotional disorders can make a person more vulnerable to developing bulimia. If you are struggling with any of these disorders, it is important to seek professional help. Because if you don’t, your risk of developing bulimia increases. In fact, research has shown that up to 50% of people with bulimia also have depression.

Although this condition is serious and can be life-threatening, bulimia is treatable. With proper medical care and support, people with bulimia can learn to control their urges to binge and purge. Recovery from bulimia takes time, but it is possible. But still, as with other mental disorders, this is a lifelong battle.

In fact, studies have shown that people with bulimia often go through cycles of bingeing and purging throughout their lives. Even after successful treatment, there is a risk of relapse. This is why it’s so important to get professional help if you think you may have bulimia.

Gradually, you will be able to break the cycle of bingeing and purging. And with treatment, you can learn how to cope with your emotions in a healthy way.

How To Treat Bulimia Disorder?

As we have seen, bulimia is a serious eating disorder that can have devastating effects on your physical and mental health. Then, then the treatment is essential for the person who suffers from bulimia. Some of the best ways to treat bulimia include: 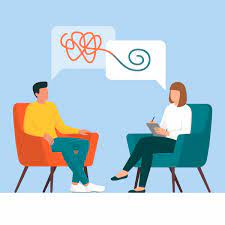 Therapies are always a great way to start when you are looking for how to treat bulimia. And there is a number of different types of therapies that can be effective in treating bulimia. These include:

These types are widely recognized as the best ways to treat bulimia, but there are other options available. If you would like to explore other types of therapy, you can speak to your doctor or therapist about what might be right for you.

Another important part of bulimia treatment is nutritional counseling. A registered dietitian can help you understand the role that food plays in your life and develop a healthy relationship with food. He or she can also provide you with practical tips for eating well and maintaining a healthy weight.

Nutritional counseling is an important part of bulimia treatment because it can help you develop a healthy relationship with food. A registered dietitian can teach you about the role that food plays in your life and provide practical tips for eating well and maintaining a healthy weight.

In fact, a dietician can be a valuable asset to anyone struggling with an eating disorder. Thus, understand the importance of this professional if you or a loved one are dealing with bulimia. 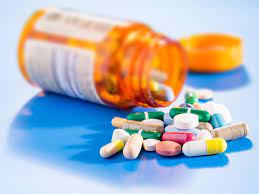 This is not the first line of treatment and is generally only used in more severe cases that don’t respond to other forms of therapy.

Antidepressants are the most common type of medication prescribed and can be helpful in managing bulimia symptoms by correcting chemical imbalances in the brain that may contribute to the disorder.

Other types of medication that have been used to treat bulimia include:

While medication can be an effective treatment for bulimia, it’s important to remember that it’s not a cure. Most people who take medication for bulimia will also need to participate in some form of therapy to address the underlying issues that are driving the disorder.

Because bulimia is a serious disorder with potentially life-threatening consequences, it’s important to get treatment as soon as possible.

It is important to remember that eating disorders are serious mental illnesses that require professional treatment. However, there are some things that you can do to care for yourself if you are struggling with this type of eating disorder. Here are some self-care strategies:

So, these are some self-care and prevention strategies for bulimia. If you are struggling with an eating disorder, please reach out for professional help. Eating disorders are treatable and recovery is possible.

Moreover, you should also keep in mind that friends and family can be great sources of support. If you have someone in your life who is struggling with bulimia, offer them your help and understanding. Eating disorders are complex illnesses, so don’t try to fix the person or tell them what to do. Just listen and be there for them.

To conclude, bulimia disorder is a very serious mental illness that should not be taken lightly. If you or someone you know is dealing with this disorder, please seek professional help as soon as possible. Remember, there is no shame in getting help and recovery is possible!

You can also contact Mantra Care. The team of expert mental health professionals will be more than happy to provide you with guidance and support. Mantra Care provides mental health services around the globe at convenient and affordable prices. You can also book a therapy or download our free Android or iOS app.

In addition, Mantra Care has a registered dietitian to help you make the best food choices for your journey, as well as a team of highly qualified and certified personal trainers to help you recover from an eating disorder. Visit our website or give us a call today!