It’s not always easy being a woman. From the time we are children, society expects us to be strong, independent, and “one of the guys.” But when puberty hits, monthly cycles start-up and all those old feelings come rushing back. We now have to deal with things like cramps, bloating, fatigue, and irritability that can make our lives more difficult than they need to be. Not only is Pre-Menstrual Dysphoric Disorder considered one of the most disabling conditions for women in terms of quality-of-life ranking on par with chronic pain or schizophrenia but it also increases rates for depression, anxiety disorders, and suicide ideation by fourfold.

What is Pre-Menstrual Dysphoric Disorder?

Pre-menstrual dysphoric disorder (PMDD) is a severe form of premenstrual syndrome or PMS. It affects two to five percent of women who have menstrual periods. While it can occur at any age, its most common onset is during the teen years and between 40-50 years old. Women with premenstrual dysphoric disorder experience symptoms during the second half of their cycle, not just before menstruation. This condition is more severe than PMS and can interfere with all areas of a woman’s life including work or school performance, family relationships, and social activities. 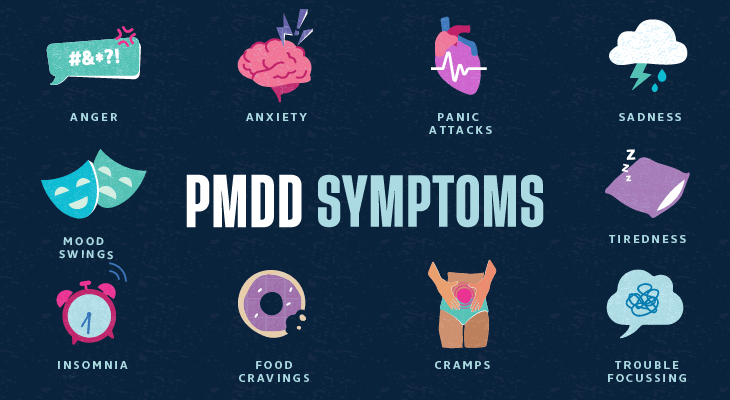 Pre-Menstrual Dysphoric Disorder or PMDD can be quite severe. Women who experience symptoms of this condition often feel a dramatic shift in mood and feelings from one day to the next. In addition to breakouts, irritability, and other common premenstrual symptoms, women with PMDD may also have suicidal thoughts during their period.

Women with PMDD have severe mood swings that are difficult to manage. They often suffer from depression, anxiety, irritability, and other emotional problems when their period is starting. This condition can lead them to do things they never thought possible in the past such as contemplate suicide or engage in self-harm behavior.

The biggest symptom is often irritability. Some women also have more serious symptoms such as depression, anxiety, or suicidal thoughts when their period starts. They may engage in self-harming behavior or contemplate suicide if it gets bad enough. Other common symptoms include breakouts and cravings.

There is still a lot of research being done on the causes and risk factors associated with the premenstrual dysphoric disorder. It is thought that hormonal imbalance may contribute to this condition, but it’s not known for sure. There are also other possible explanations including:

A doctor can diagnose PMDD by taking a complete medical history and asking specific questions about symptoms. They will typically take a family and menstrual history to see if there is an association with mood problems or other mental health conditions such as bipolar disorder, depression, anxiety disorders, etc.

There are two types of treatment for the premenstrual dysphoric disorder. Doctors usually prescribe antidepressants, mood stabilizers, or anti-anxiety medications to treat PMDD specifically during the luteal phase (the second half) of your menstrual cycle when symptoms are most severe.

Once you start taking this medication it should take about two weeks before any benefits will be felt. It is important to continue taking the medication or it will not work and may even make symptoms worse if you stop too soon after starting treatment.

Other treatments for premenstrual dysphoric disorder include lifestyle changes such as exercise, dietary modifications (decreasing caffeine intake), and meditation/relaxation techniques which can be effective by themselves or in combination with medication.

The symptoms of Premenstrual Dysphoric Disorder or PMDD are similar to that of premenstrual syndrome (PMS). However, the symptoms of this condition tend to be more severe and can interfere with a woman’s life. In addition, women who have only mood swings before their period starts aren’t considered as being at risk of developing PMDD. 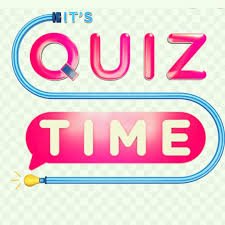 Do you experience premenstrual dysphoric disorder (PMDD)? Take this quiz to find out.

You should only answer yes to a question if the symptom is present in the week before your period, starts to improve within a few days after the onset, and becomes minimal or absent in the weeks following.

This quiz is NOT a diagnostic tool. Mental health disorders can only be diagnosed by a licensed mental health provider or doctor. But Mantra Care believes assessments can be a valuable first step toward getting treatment.

Before your period, do you feel sad or angry, are you anxious, and are you feeling unmotivated?

In the week before your period, you might not feel like doing things that you usually want to do. For example, going out with friends or going to your hobby. You might also feel bad about what you do at work.

Before your period, do you find it harder to concentrate?

Do you feel more tired than usual in the week before your period?

When you are due on your period, you might want to eat more or want certain types of food.

The time before a woman’s period is called PMDD. Many women with this problem report feeling sleepy or unable to sleep during that time. Is this a problem for you too?

Do you feel bad before your period starts?

When you are about to get your period do you have symptoms like breast pain, swelling, pain in your joints or muscles, bloating, or weight gain?

There are a number of treatments for the premenstrual dysphoric disorder. Doctors usually prescribe antidepressants, mood stabilizers, or anti-anxiety medications to treat PMDD specifically during the luteal phase (the second half) of your menstrual cycle when symptoms are most severe. Once you start taking this medication it should take about two weeks before any benefits will be felt. It is important to continue taking the medication or it will not work and may even make symptoms worse if you stop too soon after starting treatment. Other treatments for premenstrual dysphoric disorder include lifestyle changes such as exercise, dietary modifications (decreasing caffeine intake), and meditation/relaxation techniques which can be effective by themselves or in combination with medication.

Results and Prediction Of PMDD Quiz:

You answered yes to:

Based on this quiz alone you may experience mild premenstrual dysphoric disorder (PMDD).

The next steps for you may include:

PMDD is a serious disorder that affects many women. PMDD is a condition. It is important to know the facts about what it means for your life. You will learn what PMDD means and how to treat it effectively. This blog post has given you some basic information on PMDD. This is the name for when your body feels bad during menstruation. We are still working to find out what other health problems might be making you feel bad too.