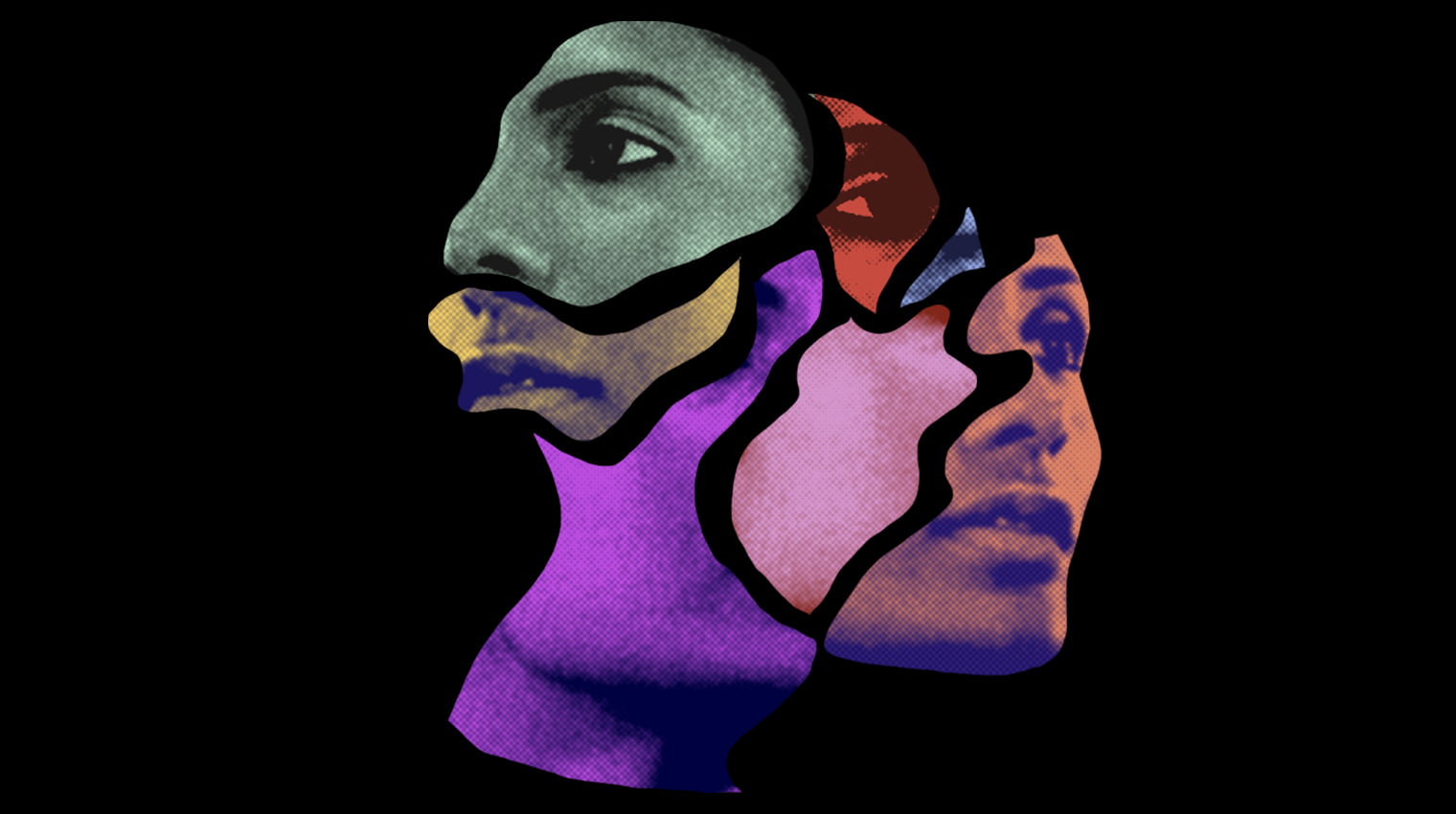 Psychosis is a condition when a person loses touch with reality. This is one of the serious symptoms of a mental disorder. A person having psychosis can have hallucinations and delusions. It mostly affects a person’s perceptions and their ability to think. You can mostly see these in people in their twenties. Psychosis makes a person able to detect things that are not exactly real. A study showed that approximately 10 percent of the population has psychosis. Psychotic Disorder is when these psychosis symptoms start affecting your day-to-day functioning. This is also when they become very persistent in nature. To find that you have signs of psychosis is very difficult as the symptoms are often very common and negligible. However, if you find out that you have psychosis signs, you must get it treated. There are different medical conditions that are related to this.

What Are Types of Psychosis?

Some of the most common types or subtypes of psychosis are as follows:

Bizarre delusions are beliefs that don’t seem real to others. They have typically had no explanation for why they occur. Delusions include being controlled by an outside force. Everyone has a thought-reading device installed in one’s brain. This is being able to leap great heights, being convinced that you have superpowers or have already died. About 60% of people with schizophrenia experience bizarre delusions at some point during their illness.

A major mood episode (“mania” or “hypomania”) is required for the diagnosis of bipolar disorder. For people who develop bipolar disorder after age 30, the episodes are more likely to be of the “hypomanic” type rather than “manic.” Hypomanias are often mistaken for psychotic symptoms. But people experiencing hypomania do not have delusions or hallucinations, nor do they lose touch with reality. People who have experienced one episode of psychosis are at risk of having another. About half go on to experience many episodes during their lifetime. Many factors can contribute to this.

You can name schizoaffective disorder a simple form of schizophrenia. Many experts believe the same. This is because it shares all the same features except for mood symptoms. The person may be depressed or elated (in mania or a mixed state). As with other types of schizophrenia, these mood symptoms can be treated with medication.

A brief psychotic disorder is a temporary condition. This is a condition in which the person has multiple psychotic features. These are such as delusions, hallucinations (typically auditory), marked paranoia, blunted emotions, and/or extremely disorganized behavior. The extreme manic state that many people experience during bipolar “mixed states” might also be considered a type of brief psychotic disorder. As for delusional disorder, brief treatment is often all that’s required to resolve it.

Delusional disorder is characterized by one or more non-bizarre delusions. The most common are persecutory and grandiose. People often try to hide their delusions out of embarrassment; thus, others might note only odd behaviors rather than the delusions themselves.

Delusional parasitosis is an uncommon subtype. This is during which people are preoccupied with one or more nonexistent parasites infesting their skin, hair, or clothes. They may also believe they have body odors resembling rotting fish or decaying cheese coming from armpits or genitalia.

What are Symptoms of Psychosis? 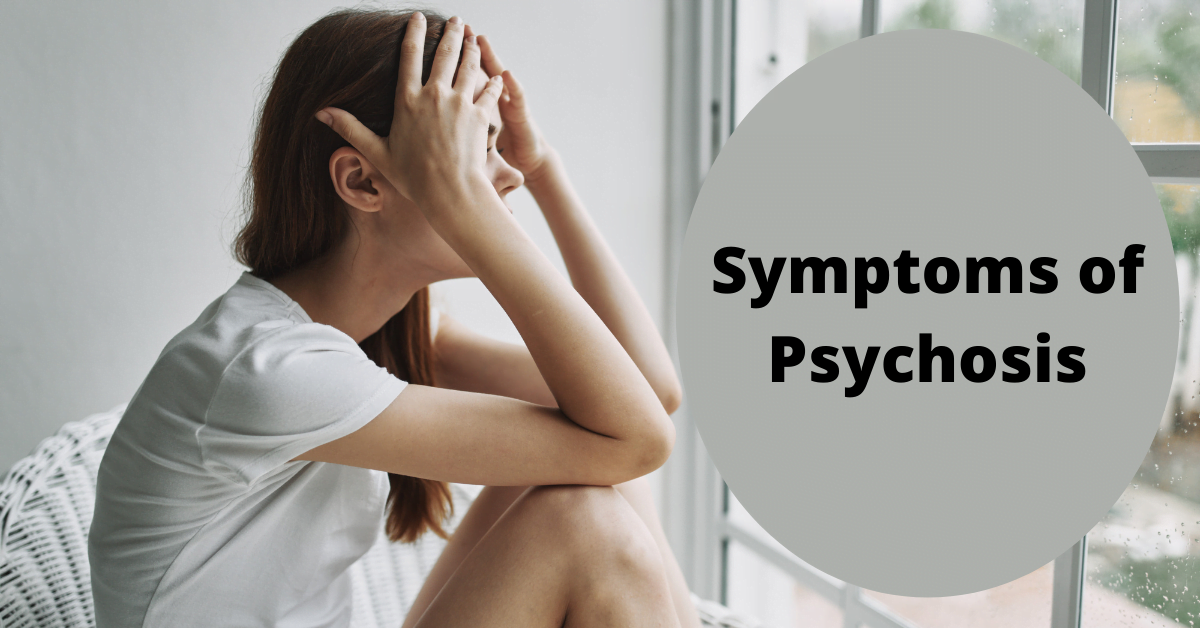 Psychosis is not a mental illness but a sign of various medical conditions. However, there are some warning signs of Psychosis. These signs do not occur suddenly, they occur in some steps. The starting is when you change the way you think about the surroundings. You slowly start to notice these changes. The steps are:

What Are Causes of Psychosis? 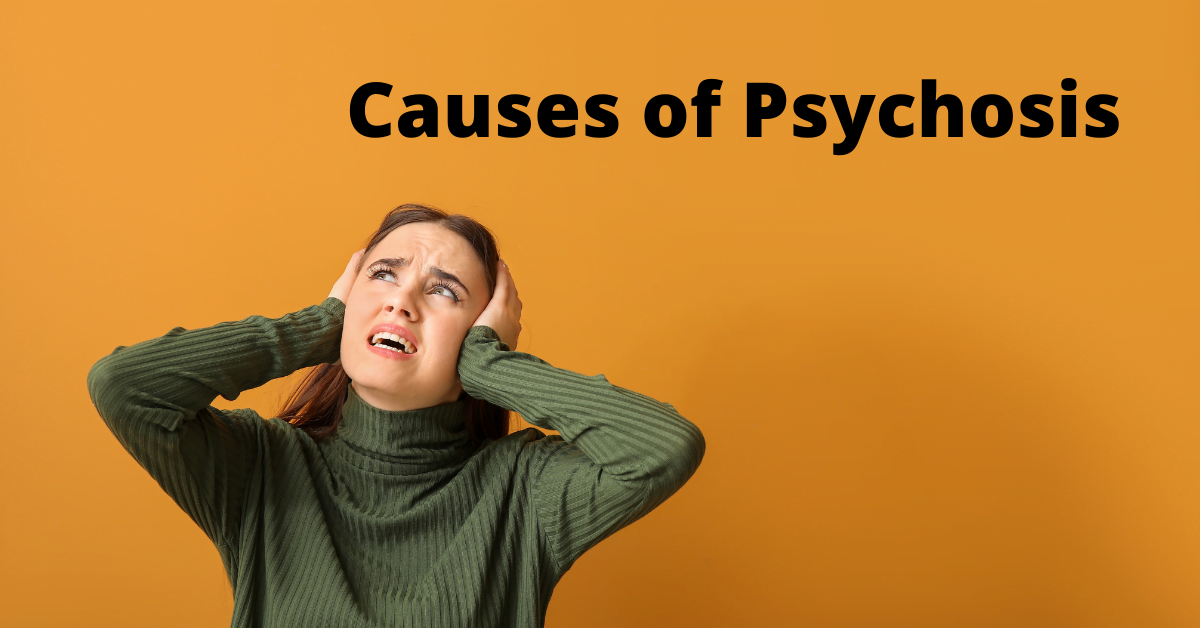 Researchers have not identified the exact causes of Psychosis. However, there are some categories like Genetic issues, Physical factors, or Medical conditions that can cause Psychosis.

There are certain medical conditions that can cause Psychosis. These are such as Bipolar Disorder, Schizophrenia. Some medical causes are similar to psychotic symptoms, such as schizophrenia and bipolar disorder. These disorders make it difficult for the person to determine what is real and what is a product of their imagination.

Individuals with psychotic disorders may have an excess or deficiency of certain brain chemicals. Abnormalities in neurotransmitters – the chemical messengers that allow communication between brain cells – are associated with schizophrenia and other forms of psychosis. The role of this is not yet well understood.

Genetic factors play a role in the development of psychotic disorders. These disorders are such as schizophrenia. Specific genes that may increase susceptibility to developing these disorders. These have been identified for both bipolar disorder and schizophrenia. Scientists believe many more remain to be discovered. The risk for illness also appears higher if there is a history of psychiatric illness in first-degree relatives. They are parents, siblings. However, you should know that most people who have family members with any mental disorder do not become ill.

Some scientists believe that events during fetal development may cause psychosis. This is when the mother suffers from a viral infection or malnutrition etc. These all may result in psychosis later in their life.

High levels of stress can sometimes trigger psychotic episodes and schizophrenic symptoms. This is especially true for people who have a history of schizophrenia in their families. Scientists think stress affects certain brain chemicals, making it harder to distinguish real events from delusions and hallucinations.

Sudden hormonal change may also trigger psychotic episodes in some people. These are with a vulnerability to psychosis. These hormonal changes occur mainly with children in their puberty.  For example, hormones associated with pregnancy may bring on mania in women. These are women who generally have bipolar disorder.

Certain illicit drugs, such as methamphetamine and cocaine, can trigger psychosis. Some medications may also induce symptoms of psychotic disorders or worsen existing symptoms. People who are taking more than one prescribed medication may be at greater risk for drug interactions. These all could cause psychotic symptoms. 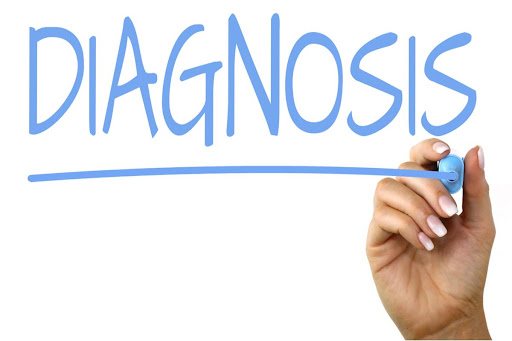 A person may be diagnosed with psychosis if they are experiencing hallucinations, paranoid delusions, psychotic symptoms, thoughts, or behaviors. Psychotic symptoms can include any of the following: hearing voices or other sounds that no one else hears; seeing things like people or objects that aren’t there; feeling like you’re not in touch with reality; having unusual delusional beliefs about your relationship with others, and believing that your mind is being read by other people.

Making a diagnosis is important, as different forms of psychosis have different treatments. For instance, you can also treat schizophrenia with antipsychotic medications and cognitive behavioral therapy (CBT).  Psychotherapy can successfully treat other psychotic disorders. These are such as schizoaffective disorder or schizophreniform

You can treat psychosis in usually two ways. These are with medication (such as antipsychotics) or psychotherapy (such as cognitive-behavioral therapy). A doctor may prescribe medication after taking into consideration many factors. These are including the severity of the episode and whether the person has had psychotic episodes before. Doctors may advise psychotherapy if the symptoms are not very severe. A doctor can also suggest of there was no psychotic episode before. Some people may find it helpful to combine both medication and psychotherapy. 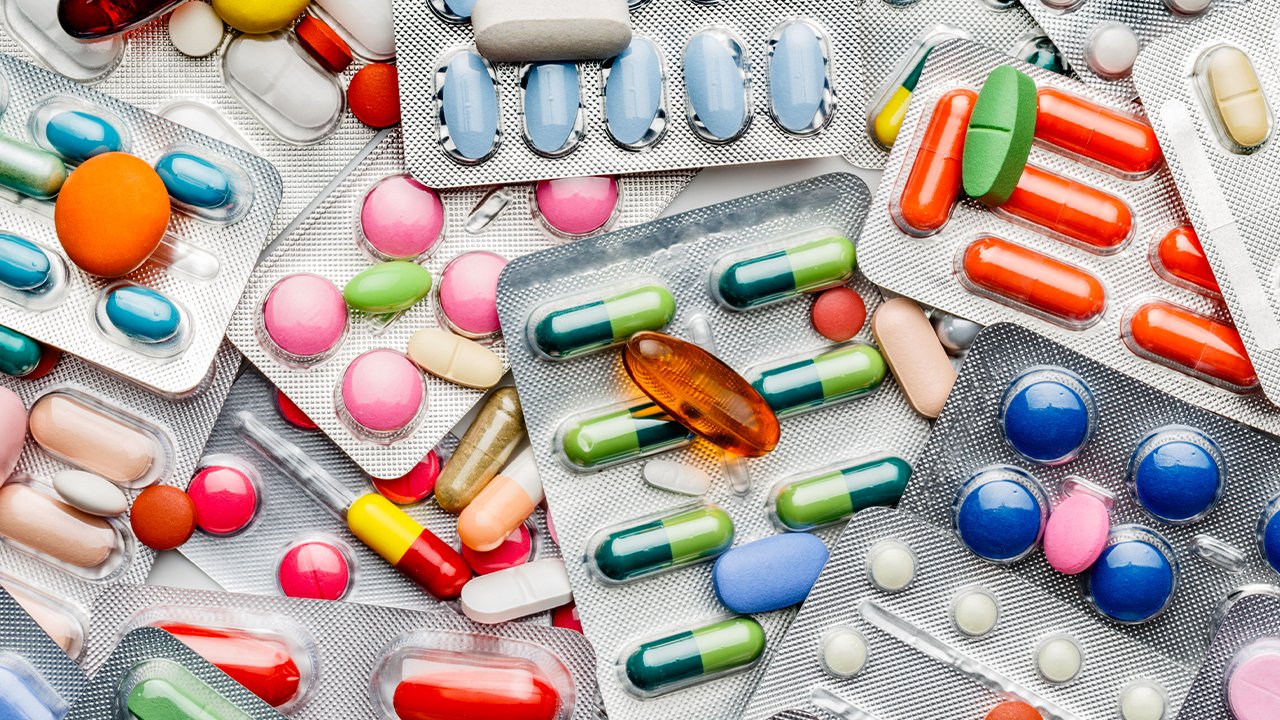 Antipsychotic medications can treat psychosis. Some of these include clozapine (Clozaril), olanzapine (Zyprexa), quetiapine (Seroquel), risperidone (Risperdal), and aripiprazole (Abilify). These medications are effective in treating psychosis. They can cause side effects such as weight gain and high blood sugar levels. These results are in patients with diabetes. Research suggests that paliperidone may be an option for treating schizophrenia. This is when other antipsychotics do not work.

In some cases, a doctor may prescribe more than one medication to treat psychosis. This is because the person cannot tolerate taking too many antipsychotics at once. It is also when they have not responded well to previous medications. A patient may be on a treatment plan that includes both antipsychotic medications and psychotherapy. 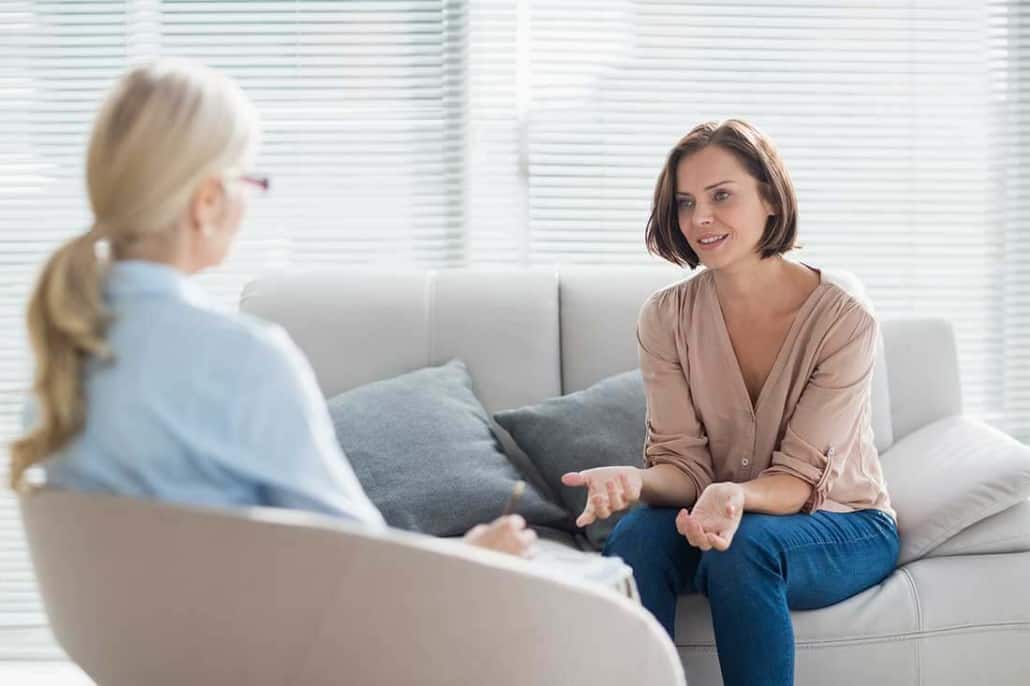 Psychotherapy can help people cope with their condition. This is by teaching them about the disorder. They learn how it will progress over time. They will also learn what factors might trigger episodes. You can also learn how to manage symptoms when they arise. Group therapy sessions give patients an opportunity to learn from others. These are those who are coping with psychosis as well as teaching their peers healthy ways of dealing with it. Some examples of psychotherapies used in treating psychosis are contingency management programs for schizophrenia. Some others are cognitive behavior therapy for schizophrenia and family therapy.

Psychosis can be a frightening, isolated experience for both the person experiencing it and their loved ones. However, with support from friends and family members, treatment from a doctor or therapist, and proper management of symptoms when they occur, people who have psychosis can learn to cope with their disorder. This is just as effective as someone without psychosis.