Schizophrenia and OCD are two mental health disorders that are often confused with one another. They share some similarities, but they also have some key differences. It’s important to understand the difference between these two conditions, as they can affect people in different ways. In this blog post, we will discuss the relationship between schizophrenia and OCD, as well as the symptoms of each condition. We will also provide information on how to get help if you or someone you know is struggling with either schizophrenia or OCD.

Schizophrenia is a mental health disorder that affects a person’s thoughts, feelings, and behavior. People with schizophrenia may have trouble distinguishing between what is real and what is not. They may also experience hallucinations, delusions, and disorganized thinking. It is important to note that schizophrenia is not the same as multiple personality disorder.

How Are Schizophrenia and OCD Related? 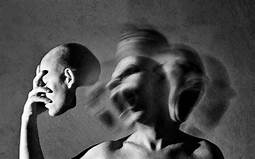 There is some evidence to suggest that schizophrenia and OCD share a common genetic link. However, it is important to note that not all people with schizophrenia will also have OCD, and vice versa. Some experts believe that the two conditions may share certain brain abnormalities. For example, both conditions have been linked to problems with the neurotransmitter serotonin. They have also been linked to abnormalities in the structure and function of the frontal lobes.

Both conditions can cause intrusive thoughts. People with schizophrenia may have delusions, which are false beliefs that they hold onto despite evidence to the contrary. People with OCD may also have obsessions, which are repetitive and intrusive thoughts that can cause anxiety. Both conditions can also cause problems with focus and concentration. Additionally, people with either condition may engage in repetitive behaviors or rituals. 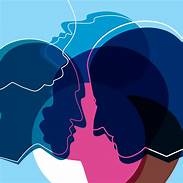 Lastly, while both conditions can cause significant distress and impair a person’s ability to function in daily life, schizophrenia is generally more debilitating than OCD. Schizophrenia can cause a person to lose touch with reality, which can make it difficult for them to hold down a job or maintain relationships. People with OCD typically have more insight into their condition and as a result, they are often able to maintain their jobs as well as relationships.

The DSM-5 categorizes both these disorders in varying categories.

The symptoms of schizophrenia can vary from person to person. Some people may only experience mild symptoms, while others may have more severe symptoms. The most common manifestation of these symptoms include:

OCD symptoms can also vary from person to person. Some people may only experience mild symptoms, while others may have more severe symptoms. The most common symptoms of OCD include:

Both schizophrenia and OCD are treatable conditions.

Schizophrenia is typically treated with a combination of medication and psychotherapy. Medication can help to reduce the symptoms of psychosis, such as delusions and hallucinations. Psychotherapy can help people with schizophrenia to manage their condition as well as improve their quality of life.

It is important to note that if one decides to undergo medication, it becomes crucial to stay in contact with your healthcare provider for monitoring the efficacy and side effects.