Do you ever feel like there’s something wrong with your body? That you can’t control the way it moves or feels? If so, you may be experiencing somatic OCD. This type of OCD is characterized by intrusive thoughts and images about one’s physical appearance or movements. In this comprehensive guide, we will discuss all aspects of somatic OCD including symptoms, treatment options, and how to live a productive life despite the disorder.

What Is Somatic OCD?

Somatic OCD is a subtype of Obsessive-Compulsive Disorder (OCD) that is characterized by intrusive thoughts and images regarding one’s physical appearance or movements. People with somatic OCD fixate on a particular body part or bodily function and may believe that something is wrong with them. They may also feel the need to constantly check their bodies for signs of illness or injury. It is important to note that people with somatic OCD do not have a medical condition; rather, their symptoms are the result of anxiety and fear. People with somatic OCD may also have other types of OCD, such as contamination OCD or symmetry OCD. The exact cause of somatic OCD is unknown, but it is believed to be the result of a combination of genetic and environmental factors. There is evidence to suggest that somatic OCD runs in families, so it may be partially due to genetics. Additionally, people with somatic OCD often have a history of trauma or abuse. It is thought that these experiences may play a role in the development of the disorder. It is also thought that people with certain personality traits are more likely to develop OCD, including perfectionism and neuroticism.

Additionally, people who were subjected to bullying and trauma centered around physical appearance can also develop this disorder due to their fixation and obsession with looks. 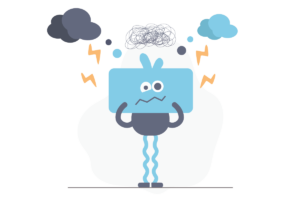 Somatic OCD can have a significant impact on a person’s life.

Just like any other type of mental disorder, the symptoms and effects are manageable through therapeutic intervention and self-help tips.

There are many different treatment options available for somatic OCD. The most effective treatment is exposure and response prevention (ERP), which is a type of cognitive-behavioral therapy. ERP involves gradually exposing oneself to the thoughts, images, and situations that trigger anxiety and learning to resist the urge to compulsively check or groom. Medication can also treat somatic OCD in conjunction with therapy. Selective serotonin reuptake inhibitors (SSRIs) are the most common type of medication for OCD.

There are also several things that people with somatic OCD can do on their own to manage their symptoms.

Some self-help tips for somatic OCD include:

Moreover, you could practice self-love by incorporating the given tips:

Somatic OCD can be a debilitating disorder, but there is hope. With proper treatment and support, people can learn to manage their symptoms and live productive lives. Please reach out for help in case you might have symptoms. There are many resources available to support you on your journey to recovery. Mantra Care has a team of professional psychologists providing affordable and effective mental health assistance from all over the world.