Do you ever find yourself zoning out for long periods, without realizing it? If so, you may be suffering from daydreaming disorder. This condition can be very disruptive to your daily life, preventing you from completing tasks or achieving goals. In this blog post, we will discuss what daydreaming disorder is, and how you can deal with it effectively.

What Is Daydreaming Disorder? 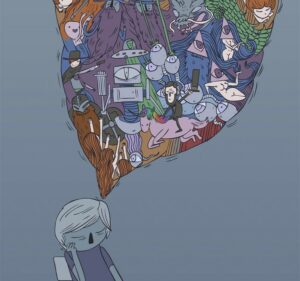 This can include fantasizing about future events, reliving past experiences, or simply letting your mind wander.

On average, an individual with MD may spend about 4.5 hours every day being distracted by their daydreams. They are also more likely to involve themes of violence, power, control, sex, captivity, rescue, and escape scenarios.

It is a rather tricky task to differentiate between regular daydreaming symptoms and knowing when it has the danger to become a disorder. The frequency and intensity of these symptoms should be tracked to ensure it is not an obstacle or a potential threat to becoming a disorder. 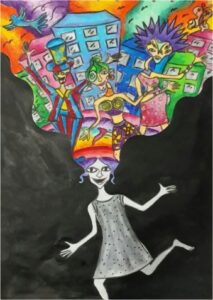 There is no known cause of the daydreaming disorder. However, there are various theories and researches which attempt to explain the possible explanations for this condition.

To diagnose the daydreaming disorder, your mental health professional will likely ask you about your symptoms and how they have impacted your life. They may also ask you to keep a journal of your daydreams for some time.

This is the most commonly used measure of daydreaming severity. It consists of 26 items, each rated on a scale from 0 (never) to  100 (always). The items cover: If left untreated, daydreaming disorder can lead to several problems. These include:

In addition, it can also result in various clinical disorders such as:

How to Deal With Daydreaming Disorder

If your symptoms are severe, you may want to consult with a mental health professional who can help you develop coping strategies.

Cognitive-behavioral therapy (CBT) is a type of therapy that can be effective in treating the daydreaming disorder. CBT also helps people learn to identify as well as change their negative thought patterns and behaviors.

Therapists also teach you various grounding techniques to stay in touch with reality, as well as be realistic with their ways of dealing.

Moreover, prescribed medication like antidepressants or antipsychotics is also recommended to soothe and improve the symptoms which entail this disorder.

Disclaimer: Medication should be taken only with a professional’s advice with close supervision to deal with side effects and measure the efficacy.

Daydreaming disorder is a condition that is often misunderstood. It can be difficult to cope with, but there are ways to manage the symptoms and live a productive life. If you think you may have daydreaming disorder, talk to a mental health professional about your symptoms as well as treatment options.