Lack of sleep is a prevalent problem in today’s society. The National Sleep Foundation estimates that one-third of the population has some form of sleep disorder, and up to 70 million Americans are affected by chronic sleep deprivation.

It doesn’t matter whether you’re an infant, child, teenager, or adult; not getting enough quality shut-eye can have serious consequences on your health and well-being. In this blog post, we will explore why it matters (sleep) so much for all age groups! 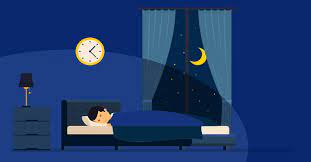 Many people wonder what the definition of sleep is – here’s one: “The natural periodic suspension of consciousness during which the powers of the body are restored.”

In a general sense, it is a naturally recurring state of mind and body, characterized by:

We spend one-third of our lives asleep, so it’s important to understand why it’s necessary.

Why Is Sleep Important?

The “why” behind getting enough good quality slumber is simple – sleep is essential for both mental and physical health.

Newborns spend most of their time sleeping, and this is a good thing. Babies need at least 16 to 18 hours per day (from about two months old) to develop properly. Too little sleep can affect physical growth. For example, if an infant does not get enough shut-eye, he or she may be smaller than other children. It can also affect their mental development. For example, sleep-deprived infants are more irritable and have trouble concentrating.

Your child must get enough slumber too – at least ten hours of it each night (for school-aged kids). Studies show that children who get enough slumber are more alert in class, have better grades, and exhibit improved behavior. Furthermore, sleep deprivation can lead to obesity and other chronic health problems down the road.

Teens need about nine hours of slumber per night – a bit less than children but more than adults. Lack of slumber can interfere with their mood, ability to learn and pay attention, muscle growth/repair, memory function, judgment skills – the list goes on. Sleep deprivation can also increase your child’s risk for depression or suicide.

Adults need about seven hours of slumber per night to feel refreshed during the day. However more than a third of U.S. adults report getting less than that amount, and this is a problem!

Studies have shown that adults who sleep fewer than six hours per night are more likely to be overweight or obese. Because they eat more when their energy levels get low from lack of slumber (and the consumption of extra calories).

There’s a strong connection between obesity and sleep deprivation. Also, lack of slumber can lead to:

Seniors need about seven to eight hours of sleep per night as well, although some may require less and others more. Sleep deprivation can lead to problems such as dementia, heart disease, stroke, diabetes – the same health conditions that affect adults. Additionally, lack of slumber can increase feelings of loneliness or depression in seniors. 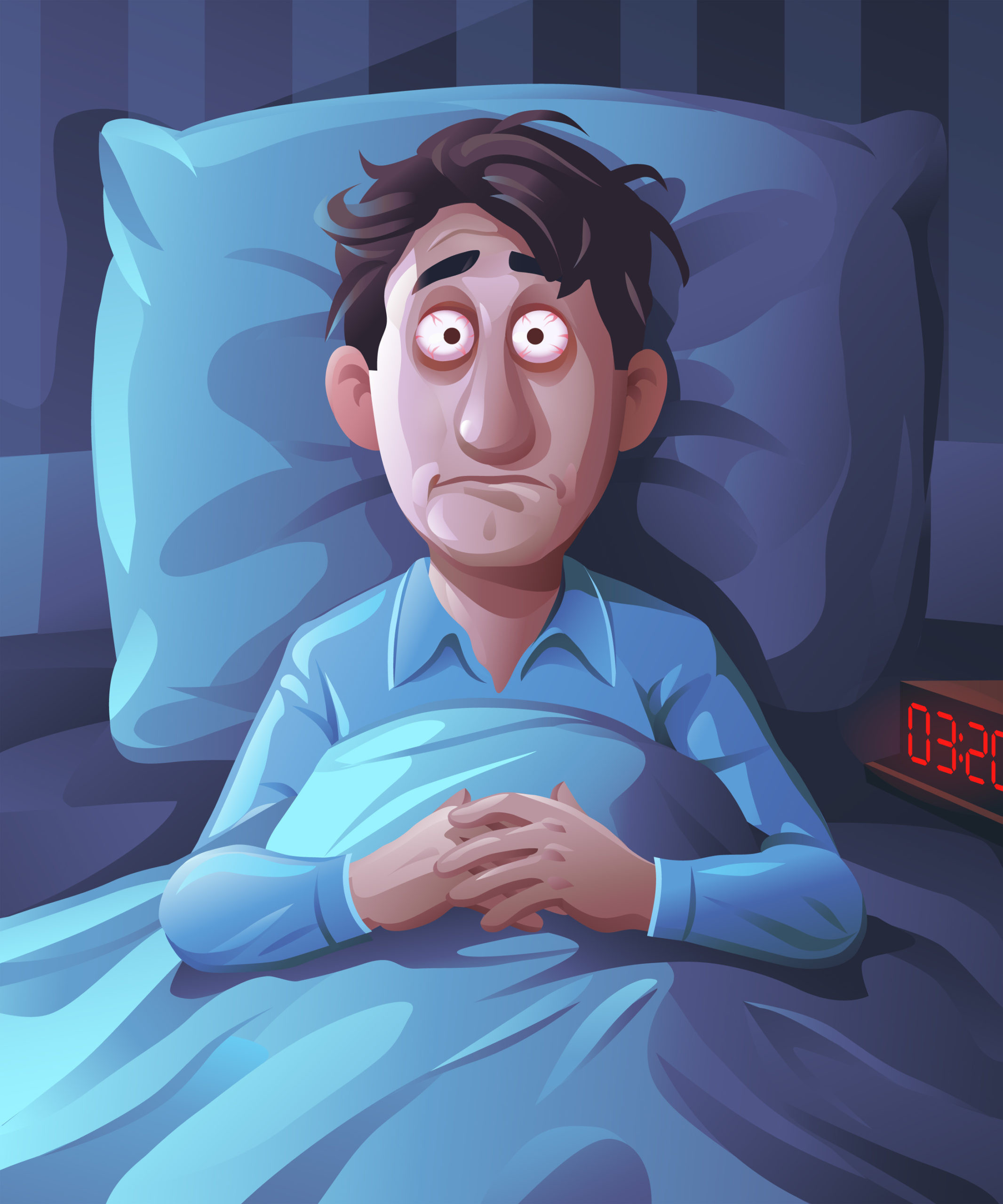 There are many reasons why people do not get the recommended amount of sleep per night, but some of the most common ones are listed below.

Newborns may not get enough slumber if they are suffering from a medical condition or disorder, such as colic. In addition, babies may not sleep enough if they are breastfed. As the act of breastfeeding wakes them up more often than it would if the formula was fed to them.

NOTE: It’s important to seek help for your child if you feel like something is wrong.

One of the most common reasons teenagers don’t get enough slumber is because they have busy schedules. They tend to stay up late cramming for exams or finishing homework. Also, many teens suffer from insomnia – difficulty falling asleep and staying asleep.

Also, sleep deprivation in teens can be linked to anxiety, depression, ADHD (attention deficit hyperactivity disorder), schizophrenia… Parents of teenagers need to stay involved with their children and make sure that they are getting enough slumber at night.

There are many reasons adults don’t get enough slumber, but some of the most common ones are listed below.

NOTE: Also, some medications can decrease your desire for slumber – so talk to your doctor if you’re having trouble sleeping.

One of the most common reasons senior citizens don’t get enough slumber is because they suffer from sleeping problems like insomnia. Also, some seniors may find themselves waking up in the middle of the night (which can be disruptive to their normal sleep schedule).

Many sleep disorders can prevent people from getting a good night’s rest, some of which are listed below.

Babies may experience problems such as colic, gastroesophageal reflux (GERD), and apnea.

Bedwetting (enuresis), nightmare disorder, and sleepwalking are among the most common disorders in children.

Also, many kids experience teeth grinding (bruxism) and snoring while they are asleep, which can indicate that their airways are partially blocked by enlarged tonsils or adenoids. While this may not seem like a big deal, it could cause other problems in the future such as sleep apnea.

Insomnia, narcolepsy, and restless legs syndrome (RLS) are among the most common sleep disorders in teenagers.

Among Adults And Senior Citizens

Also, adults can experience teeth grinding (bruxism) and snoring while they are asleep – just like children do. While this may not seem like a big deal either, it could cause other problems in the future such as sleep apnea.

Other common sleep disorders among senior citizens include teeth grinding (bruxism) and snoring – just like children and adults do. While this may not seem like a big deal either, it could cause other problems in the future such as sleep apnea.

NOTE: There are many reasons people sleep poorly or not at all – common causes include insomnia, stress, anxiety disorders, certain medications taken for mental health conditions, neurological diseases such as Parkinson’s disease that disrupt the body clock, shift work disorder (SWD), and circadian rhythm sleep disorders. 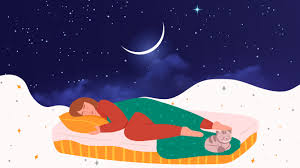 There are many things that people can do to improve the quality of their slumber, some of which are listed below.

According to pediatrician Dr. Robert Jacobson, “the baby should be put on his back to sleep, and not left lying in a face-down position or placed in the crib with an adult comforter.” It’s also important for parents of infants to keep their children’s sleeping environment dark and quiet.

Parents of children should follow the American Academy of Pediatrics guidelines, which include placing your child on his or her back to sleep (no face-down positions allowed), making sure that there’s nothing else in the bed beside your kid(s) and their bedding, and putting a limit on the amount of time that kids spend watching television and using electronic devices before bedtime.

Parents of teenagers should also follow the American Academy of Pediatrics guidelines that we have mentioned above. In addition, it’s important for teenagers to get plenty of exercise during the day, and to avoid caffeine and other stimulants close to bedtime. Other than this, it is a common suggestion to establish a regular sleep schedule, and keep a journal to track their sleeping habits.

For Adults And Senior Citizens

There are many things that adults can do to get a better night’s rest, some of which are listed below.

NOTE: Sleep needs don’t change much as we age, but sometimes our sleep habits do. It is important to make sure that our environment is conducive to a good night’s sleep – a dark room, comfortable bed/pillows, no noise or distractions. Also, avoid caffeine and alcohol before bedtime. On average need about seven hours of sleep per night.

The following individuals have shared their thoughts on sleep with the general public through media outlets and other channels – let us take a look at what they had to say!

Dr. Jacobson, pediatrician – “Babies should be put on their backs to sleep and not left lying in a face-down position or placed in the crib with an adult comforter.”

Laurie Barclay, MD (from WebMD), Chief of the Division of Pediatric Sleep Medicine at La Rabida Children’s Hospital – “The American Academy of Pediatrics (AAP) recommends that children aged 0-12 years should sleep for a total of 11-13 hours per day, including naps.”

Dr. William Kohler, MD, Director of the Florida Sleep Institute – ” Parents often make the mistake of thinking that their children are not getting enough sleep because they’re too active during the day. In reality, most kids who don’t get enough sleep at night are hyperactive from being overtired .”

Dr. Michael Breus, Ph.D., Board Certified Clinical Psychologist and Fellow of The American Academy of Sleep Medicine – “Many teens are also sleep deprived. They’re up late on their phones, watching TV, or hanging out with friends. Sleep deprivation can lead to weight gain and depression.”

Dr. Breus – “It’s estimated that 50-70 million Americans suffer from some form of chronic insomnia. It is one of the most common sleep disorders, and it’s a serious public health issue.”

Dr. Kohler – “In addition to the short-term effects of sleep deprivation such as daytime drowsiness, decreased concentration, lack of energy, and impaired memory function, chronic sleep loss can have long-term consequences on your overall well-being. As that puts you at risk for other medical conditions such as obesity, diabetes, high blood pressure, and heart disease.”

Dr. Murali Doraiswamy, a professor of psychiatry and medicine at Duke University Medical Center in Durham, North Carolina says, “people should try to be active for 15 minutes every day – even if they just walk around the house.” And Dr. Lawrence Epstein from Harvard Medical School adds that people should “avoid watching television or working on the computer in the hours before sleep.”

“A 34-year-old woman who suffered from chronic insomnia was treated with cognitive-behavioral therapy (CBT). After eight sessions, she was sleeping an average of seven hours per night and reported a significant improvement in her quality of life.” 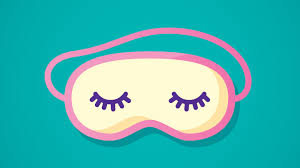 There are many things that people can do to improve the quality of their sleep. Such as avoiding caffeine and alcohol before bed, establishing a regular sleep schedule, and keeping a journal to track their sleeping habits. Finally, it’s important to consult with an expert if you’re experiencing problems sleeping.