Mental health conditions can include anxiety disorders, bipolar disorder, depression, eating disorders, obsessive-compulsive disorder, post-traumatic stress disorder, and schizophrenia. But each of these conditions can have a significant impact on the life of the person who suffers from it.

Mental health conditions can be treated with a variety of therapies, including medication, cognitive-behavioral therapy, and psychotherapy. Although the treatment is often necessary to help the person manage their condition and help maintain a healthy lifestyle. However, mental health conditions are sometimes chronic, meaning they can last for years or be lifelong.

Depression is an illness that affects the way you think, feel, and act. It’s also the leading cause of disability in the United States for people between the ages of 15 and 44. Minor depression or dysthymia is a chronic but less severe form of depression. Symptoms are milder, but it lasts for at least two years. Major depression is one of many types of depressive disorders. When someone has this type of depression, they may be sad or irritable nearly every day for weeks or months without periods of feeling better in between. 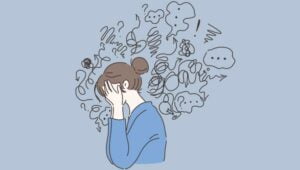 Major depression is also one of the most treatable forms of depression. Depression treatment may be done on an outpatient basis or include inpatient treatment if needed. It is good news that it can be treated successfully.

Anxiety is a mental health condition that encompasses a group of symptoms stemming from excessive worry or fear. Minor anxiety or Generalized Anxiety Disorder (GAD) is a chronic but less severe form of anxiety. Symptoms include being easily startled, having difficulty concentrating on tasks, worrying about things going undone. And sometimes experiencing panic attacks without an obvious trigger. Whereas Major anxiety is one of many types of anxiety disorders. When someone has this type of anxiety, they may feel panicked for no reason or excessively worried about everyday things going wrong all the time.

Symptoms include a combination of physical symptoms such as- 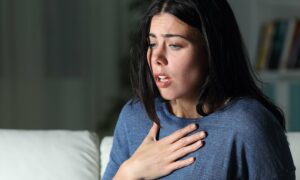 Treatment of anxiety is considered to be best done with cognitive-behavioral therapy (CBT). However, there are several other techniques that can be used for this type of treatment. And one technique that has been shown to be successful in the treatment of anxiety is exposure therapy. For example, this type of therapy focuses on gradually exposing someone experiencing anxiety to the things they fear, teaching them coping mechanisms, and learning how to deal with their anxiety response.

Schizophrenia is a mental disorder that causes the person to interpret reality abnormally- causing them to see or hear things that don’t exist. Any number of things may trigger this condition, but it always starts with some sort of hallucination. Schizophrenia is often hereditary, and it can be caused by other physical ailments like drug abuse or brain damage. Schizophrenia also affects how someone acts and behaves- including the form of speech they use. It’s important to get treatment right away to deal with this condition before it really takes over one’s life. 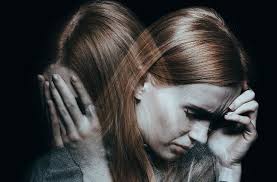 There are a few different types of treatment for Schizophrenia. The most common is called antipsychotic medication. This type of medication helps to control the symptoms of the disorder by blocking certain receptors in the brain. There are also psychosocial treatments that can be used to help people with schizophrenia. These treatments include-

PTSD is a serious, sometimes debilitating condition that can result from the experience of a traumatic event.

The term PTSD was coined in 1980 when it became one of three diagnoses specified in an edition of the Diagnostic and Statistical Manual of Mental Disorders (DSM). It’s important to know that PTSD is not just an emotional response to trauma. PTSD shares characteristics with other anxiety disorders, depression, and substance abuse. 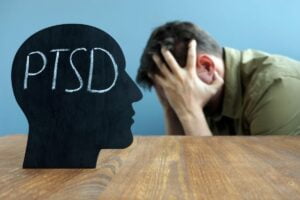 Treatments for PTSD include Antidepressants, Psychotherapy, and Group Therapy.

Bipolar disorder is a type of mood disorder that causes the sufferer to have extreme highs and lows. People who are 18-25 years old are the most common target of this condition. Although some victims acquire the condition even as children. One of the most powerful treatments for this condition is antipsychotic medications which can help with regulating thoughts, feelings, and mood. 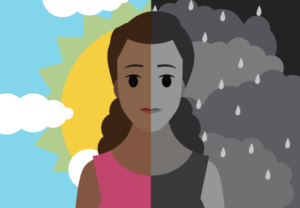 Bipolar disorder is often treated with the use of antipsychotic medications which help to regulate thoughts, feelings, and mood.

Anorexia nervosa is a condition that is characterized by the person having an intense fear of gaining weight or becoming fat. People who suffer from this disorder often have an unrealistic image of themselves and will go to great lengths to lose weight. Some people with anorexia nervosa will starve themselves while others will exercise excessively.

Bulimia nervosa is a condition that is characterized by the person binge eating and then purging their food by vomiting or using lax. People who suffer from bulimia nervosa tend to keep their disorder a secret because of the shame they feel. 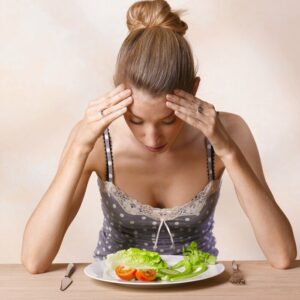 The treatment of eating disorders can be difficult because of the wide range of patients.

Some treatments for eating disorders are psychotherapy, cognitive-behavioral therapy, and anti-depressants. These treatments can help with behaviors that are indications of an eating disorder. And few ways to help yourself if you’re suffering from an eating disorder is to find a coping mechanism or outlet for your stress. For example, exercise, that reduces the risk of binge eating. Other interventions include hypnotherapy and social skills training.

Autism Spectrum Disorder (ASD) is a developmental disorder that affects the way a person communicates and interacts with others.

ASD can cause problems with social interaction, verbal and nonverbal communication, and repetitive behaviors. That is why people who have ASD often have difficulty understanding what others are saying and expressing their own thoughts and feelings. And they may also engage in repetitive behaviors such as rocking back and forth or flapping their hands. 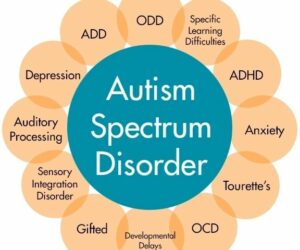 Treatment plans are tailored to the individual needs of the person. Some common treatments for ASD include behavioral therapy, medications, social skills training, and dietary interventions.

Behavioral therapy helps the person with ASD develop the skills needed to interact with others. Medications can be helpful in treating coexisting conditions, difficulties following routines, and hyperactivity. Social skills training is beneficial as it helps the person with ASD learn to communicate better with others. This is possible by improving their social behavior, working on conversation skills, and learning how to make friends.

Psychosis is a serious mental health condition that can cause the person to lose touch with reality. People who are experiencing psychosis may see or hear things that aren’t there, believe that someone is trying to harm them, or think that they are someone else.

Psychosis can be a symptom of a number of mental health conditions, including- 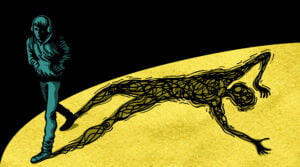 There is no one-size-fits-all treatment for psychosis. So treatment plans are tailored to the individual needs of the person. Some common treatments for psychosis include antipsychotic medications cognitive-behavioral therapy, and support groups. Antipsychotic medications help to manage hallucinations and other psychotic behaviors. Whereas cognitive-behavioral therapy helps the person with psychosis learn how to function in their everyday environment. And support groups provide a safe place for people who are experiencing similar struggles or concerns.

Dissociative Disorders can be a symptom of a number of mental health conditions, including- 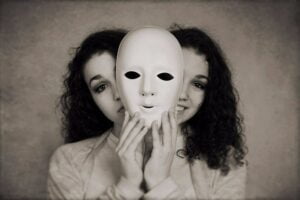 If you are not feeling well, please reach out to a friend or family member. If that is not possible, there are many resources available on the internet including mental health organizations and hotlines. You can also contact our doctor for medical help if needed.