We all know that sleep is important, but it can be hard to get enough rest when you have a sleep disorder. Sleep disorder affects different people in different ways and some may cause serious health problems if left untreated. In this blog post, we’ll explore what causes this disorder and how it can be treated.

What Is Sleep Disorder? 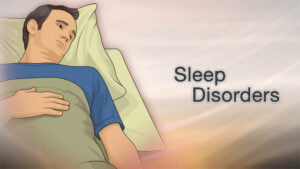 Sleep disorder is a group of conditions that affect the ability to sleep well. They can cause problems such as difficulty falling asleep, staying asleep, or getting restful sleep. These disorders can make it hard to function during the day.

These disorders can be caused by a variety of things, such as health problems, medications, or lifestyle choices. They can also be the result of a sleep disorder that has been present for a long time. 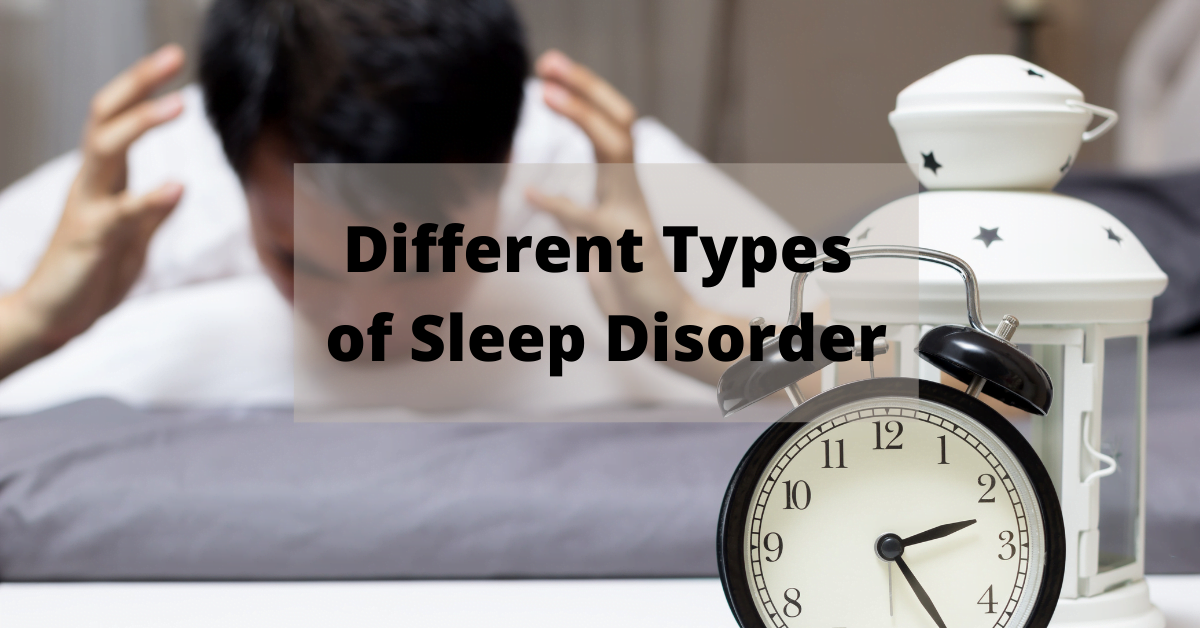 Dyssomnia is a disorder that causes difficulty falling asleep or staying asleep. This category includes conditions such as insomnia, narcolepsy, and restless leg syndrome.

Insomnia is a condition that causes difficulty falling asleep or staying asleep. It is the most common sleep disorder, and it affects about 30% of adults.

People with insomnia often have trouble sleeping because they can’t get their minds to stop racing. They may also find it hard to fall asleep because their beds are uncomfortable or they wake up frequently during the night. Insomnia can cause problems with memory, concentration, and mood.

People who have insomnia may feel tired during the day because they didn’t sleep well at night. If this happens often, their lack of high-quality sleep can lead to chronic health conditions such as obesity or diabetes.

Narcolepsy is a disorder that causes people to uncontrollably fall asleep without warning. People with narcolepsy also experience intense daytime sleepiness even when getting enough nighttime sleep (generally more than eight hours). This means it is hard for them to function normally throughout the day. They will likely develop serious health issues if they do not get treatment for narcolepsy.

People with narcolepsy often feel very tired during the day and have a hard time staying awake. They may also experience hallucinations, muscle weakness, and problems with coordination.

People with restless leg syndrome often have trouble falling asleep or staying asleep. They may also feel very tired during the day because they didn’t get a good night’s sleep.

Parasomnia is a disorder that causes unusual activities or behaviors to occur during sleep. This category includes conditions such as sleepwalking, night terrors, and bedwetting, REM behavior disorder ETC.

Sleepwalking is a parasomnia disorder that causes people to walk around while they are asleep. Sleepwalkers usually have no memory of their nighttime activities.

People who sleepwalk are at risk of hurting themselves or others. They may also find it hard to function during the day because they didn’t get a good night’s sleep. This can be the result of a sleep disorder that has been present for a long time.

Night terrors are a parasomnia disorder that causes people to experience intense fear and terror during sleep. People with night terrors usually have no memory of their nighttime activities.

People who have night terrors often scream, cry, or hit out in fear. They may also sit up in bed and look around frantically. This can disturb their sleep and make it hard for them to function during the day.

Bedwetting is a parasomnia disorder that causes children (or adults) to wet the bed at night. It is more common in boys than girls.

Most children who wet the bed eventually stop doing so on their own. However, some children may need treatment for bedwetting if it is causing them problems at school or home. Treatment options include medications and behavioral therapies.

People with REM behavior disorder often have trouble sleeping because they’re afraid of acting out their dreams. They may also experience muscle weakness and problems with coordination during the day. This can be the result of a sleep disorder that has been present for a long time.

Sleep-wake schedule disorders are a group of conditions that cause problems with the timing of sleep. This category includes conditions such as delayed sleep phase syndrome and jet lag.

People with delayed sleep phase syndrome often feel very tired during the day because they didn’t get a good night’s sleep. This can be the result of a sleep disorder that has been present for a long time.

Jet lag is a sleep-wake schedule disorder that occurs when you travel across multiple time zones. It causes problems such as fatigue, disorientation, and difficulty sleeping

The best way to avoid jet lag is to gradually adjust your sleep-wake schedule before you travel. If you can’t do this, try to get as much rest as possible during the flight and avoid alcohol and caffeine.

Sleep apnea is a disorder that causes people to stop breathing for short periods of time while they are asleep. People with sleep apnea often snore loudly and have trouble staying asleep.

People with sleep apnea are at risk of developing heart problems, high blood pressure, and other health complications. They may also find it hard to function during the day because they didn’t get a good night’s sleep. This can be the result of a sleep disorder that has been present for a long time. 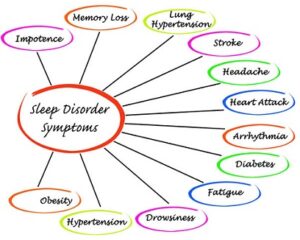 There are many symptoms that can tell that a person is having a sleep disorder. Some of these are:

If you are experiencing any of these symptoms, it is important to see a doctor. He or she can help determine if you have a sleep disorder and recommend treatment. 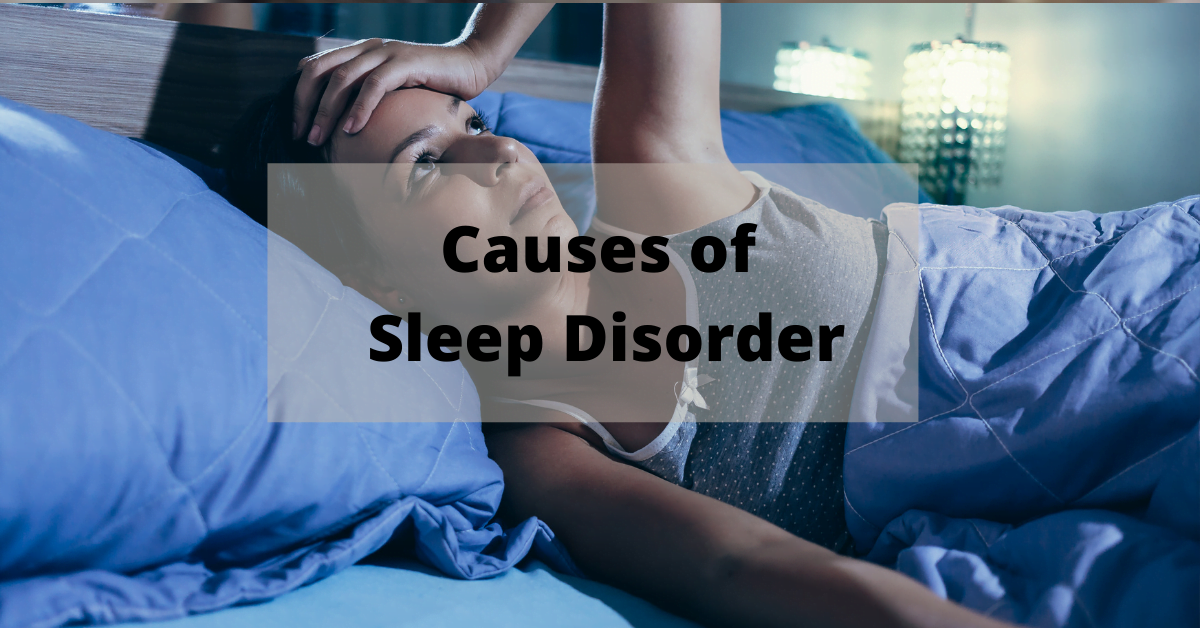 There are different reasons for sleep disorders:

Poor sleep habit is a reason for sleep disorder like insomnia. Factors such as stress, caffeine intake, alcohol intake, and smoking can cause poor sleeping patterns.

Another reason for having a sleep disorder is an existing medical condition that causes symptoms similar to those of certain types of sleep disorder. For example: if you have congestive heart failure (a condition in which your heart does not pump blood properly), breathing problems during the night or feeling very tired after waking up may be signs of obstructive sleep apnea rather than another health problem like low oxygen levels at night time due to lung disease.

Life events such as the death of a loved one, moving to a new home, or changing jobs can be stressful. These are the reasons for sleep disorders.

Too much alcohol or caffeine intake can cause sleep disorders. Even though these substances might make you feel tired at first, they prevent deep and restful sleep later on in the night. This often leads to waking up frequently during the night which makes people feel very tired during the day. If you are experiencing any of these symptoms it is important to see a doctor who might recommend treatment for your disorder. 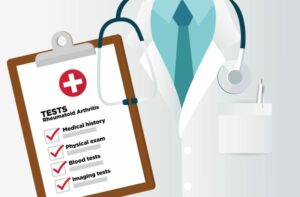 Diagnosis of sleep disorder is very difficult because the symptoms often overlap with other conditions. The best way to determine if you have a sleep disorder is by visiting your doctor for a consultation. He or she will ask about your medical history, sleeping habits, and stress levels to get a better idea of what might be causing your problems. A physical examination and some tests, like a polysomnogram (PSG), may also be ordered to help diagnose the disorder.

There are different ways that doctors treat patients with sleep disorders:

Some doctors may also prescribe relaxation techniques such as yoga, meditation, or deep breathing exercises to help people fall asleep. These practices help the mind and body relax which can be helpful for people with sleep apnea or restless legs syndrome.

One of the most common treatments for obstructive sleep apnea is a Continuous Positive Airway Pressure (CPAP) machine. This device uses air pressure to keep a person’s airways open while they sleep. It is worn during sleep and many people find it very helpful in reducing their symptoms.

There are some surgical procedures that can be done to improve snoring problems or correct other structural problems that might be causing a sleep disorder.

Some sleep disorders may be due to a deficiency of certain hormones in the brain, such as melatonin. In this case, doctors might prescribe hormone replacement therapy medications.

Sleep disorder is a serious issue that affects many people. It is important to know what sleep disorder you may be suffering from and seek help if needed. If your doctor finds any of the following, it’s worth considering whether or not you have a condition related to lack of sleep: difficulty falling asleep, waking up at night (more than once), having trouble staying asleep (less than 6 hours per day) for more than two weeks in adults; one month in children, adolescents, or older adults; feeling unrested after sleeping; feeling sleepy during daytime activities; snoring loudly with pauses between breaths while sleeping; needing an alarm clock to wake up because they’re so tired.

You should go for treatment immediately after the diagnosis.