Breathing Problem while sleeping occurs when breathing begins and stops during sleep. Some types of sleep apnea cause snoring and daytime sleepiness. Obstructive sleep apnea is the most common sleep disorder which makes you stop a few times and start breathing while you sleep. 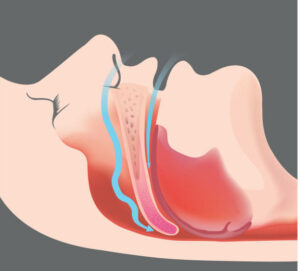 Breathing problem while sleeping is normally caused by a blockage of the upper respiratory tract, usually the airway tissue. This airway obstruction causes the tongue to fall against the soft palate or throat, an obstruction that can make breathing difficult. In some cases, it may be due to a combination of both an upper and lower airway obstruction.

The breathing problem while sleeping can also be caused by Sleep Apnea, which is a condition that causes breathing to stop and start during sleep. Sleep apnea can be caused by a number of factors, including obesity, smoking, and family history. It is a serious condition that can lead to health problems, such as high blood pressure and heart disease

Signs of breathing issues with sleep apnea include:

The above-mentioned signs can be visualized in anyone who is suffering from breathing problems while sleeping. 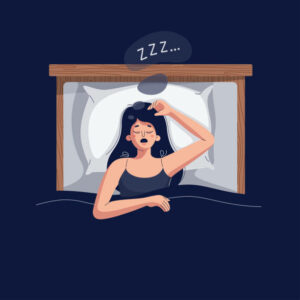 This is the most common type of sleep apnea. It occurs when your throat muscles intermittently relax and block your airway during sleep. This is the most common type. The visible sign of obstructive sleep apnea is snoring. Anyone can experience sleep apnea. But this condition is more common in men, obese people, and those who sleep on their backs. Without proper treatment, this condition can increase the risk of high blood pressure, diabetes, and other health conditions.

This type of sleep apnea occurs when your brain doesn’t send proper signals to the muscles that control your breathing. This type does not block your airways. Instead, your brain cannot force your muscles to breathe due to problems at your respiratory control center. It has to do with the function of your central nervous system.

These are the major type of sleep disorders connected with breathing problems. You may be suffering from any of these sleep issues if you breathe improperly while sleeping.

Anyone can develop obstructive sleep apnea. However, there are several factors that increase your risk, including:

Over Relaxation Of Muscles 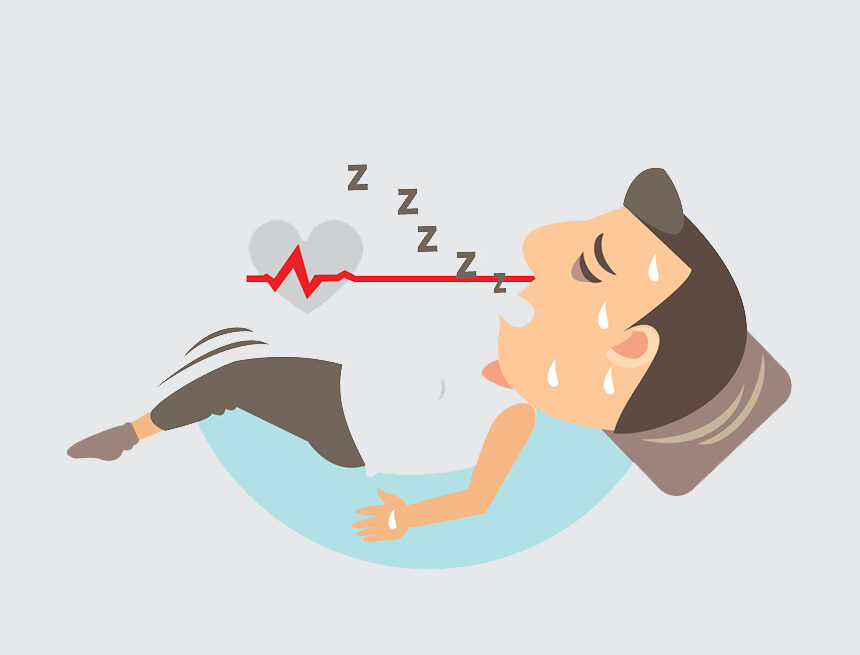 Obstructive sleep apnea occurs when the muscles in the back of the neck relax too much to allow normal breathing. These muscles support structures, including the back of the mouth (soft palate), a triangular piece of tissue that hangs from the soft palate (uvula), the tonsils, and the tongue. When the muscles relax, the airway narrows or closes when you inhale, interrupting breathing for 10 seconds or more.

The risk of obstructive sleep apnea increases with age but decreases after the 60s and 70s. Narrow airways. You can inherit narrow airways naturally. The tonsils or adenoids can enlarge and block your airways.

Obstructive sleep apnea is relatively common in people with high blood pressure. It damages the arteries, making them more likely to become blocked. This increases the risk for obstructive sleep apnea because it narrows airflow. Further, people with hypertension have higher levels of inflammation in their bodies. This can contribute to the development of sleep issues by causing tissue in the airway to block breathing.

Obstructive sleep apnea occurs twice as often in those who experience persistent nasal congestion at night, regardless of the cause. This may be due to narrowed airways.

People who smoke are more likely to have obstructive sleep apnea and they find it difficult to breathe properly. Smoking damages the air sacs in the lungs and causes inflammation. This makes it difficult for air to pass through the lungs and results in breathing difficulty.

Having a family member with obstructive sleep apnea can increase your risk for sure as it remains in the genes and you may inherit it from anyone in the family suffering from the ailment.

Research has found an association between asthma and the risk of obstructive sleep apnea. People with asthma are more likely to have breathing problems at night, which can lead to sleeping issues.

These are some root causes of breathing problems while sleeping.

Obstructive sleep apnea is considered a serious medical condition. Its mere negligence leads to severe problems ahead which affect your health and life adversely. Complications may include: 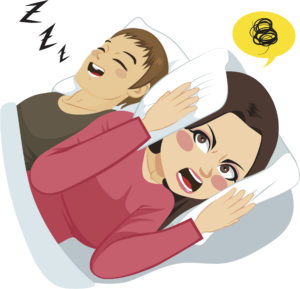 Due to a lack of restful sleep at night, people with obstructive sleep apnea often experience severe daytime sleepiness, fatigue, and irritability. They may have difficulty concentrating and falling asleep at work while watching TV or even while driving. This can put you at greater risk of accidents at work.

Children and adolescents with obstructive sleep apnea do poorly at school and usually have attention or behavior problems.

Obstructive sleep apnea increases the risk of abnormal heart rhythms (arrhythmias), which can lower blood pressure. If there is underlying heart disease, these multiple episodes of repeated arrhythmias can lead to sudden death.

Complications With Drugs And Surgery

Strong snoring can prevent those around you from getting a good rest and eventually disrupt your relationship. Some couples decide to sleep in another room.

People with obstructive sleep apnea may also complain of memory problems, headaches in the morning, mood swings or depression, and frequent urination at night.

There are several treatments available to cure breathing problems while sleeping. Chose wisely according to the severity of your condition and stick towards it to bring your healthy lifestyle back again. There are three basic solutions: 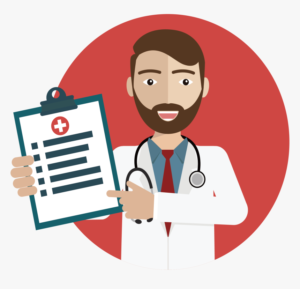 If your doctor finds that you have sleep apnea, they’ll suggest treatment based on how critical your situation is. For normal cases, you can bring some lifestyle changes. You can Lose weight, say no to smoking, or treat nasal allergies (if you have any). If it does not relieve your symptoms or if you have moderate to severe sleep apnea, your doctor may recommend other treatments:

If you have sleep apnea, consult with your doctor about which treatment option is best for you. With the proper treatment, you can get a good night’s sleep and improve your overall health!

Traditional treatments for sleep apnea include wearing a CPAP mask at night. Although effective, this method can be uncomfortable for some people. Some home remedies may have the same benefits. Here are six alternative treatments to reduce the symptoms of sleep apnea.

Obesity is a major cause of sleep apnea. Doctors usually recommend that people with sleep apnea lose weight. Obesity, especially in the upper body, can increase the risk of airway obstruction and narrowing of the nasal passages. These barriers can lead to sudden or prolonged cessation of breathing during sleep.

Sleeping on your back allows gravity to collapse your airway, causing breathing difficulties. Sleeping on your side keeps the airway open and prevents breathing problems. Talk to your doctor about the location of your body and the symptoms of sleep apnea to evaluate treatment options.

Alcohol relaxes the muscles in your throat, which can lead to snoring and breathing difficulties. Lifestyle changes can improve your health and improve your sleep. Consider limiting alcohol intake to reduce the complications of sleep apnea.

Smoking irritates the throat and increases mucus production, both of which can contribute to breathing difficulties while sleeping. Like alcohol, smoking can cause inflammation and swelling of the airways. May increase snoring and sleep apnea.

A humidifier is a device that adds moisture to the air. This can keeps nasal passages moist and helps reduce congestion and breathing difficulties.