If you are someone who experiences obsessive thoughts and compulsions related to your gender identity, you may have heard of trans-OCD or Transient OCD. This type of OCD is unique in that the obsessions and compulsions are specifically related to thoughts and doubts about one’s gender identity. If you are struggling with trans-OCD, it can be incredibly difficult to cope with day-to-day life. In this blog post, we will discuss what trans OCD is, how to get help, and some tips for managing symptoms.

What Is Trans OCD? 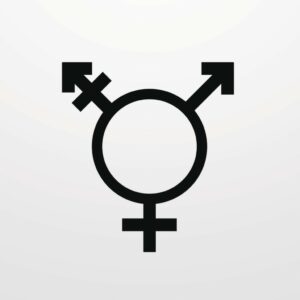 How Is Trans OCD Different from Gender Dysphoria?

It is important to note that trans-OCD is different from gender dysphoria, which is the experience of discomfort or distress due to a mismatch between one’s assigned sex at birth and their current gender identity. While both conditions can be extremely distressing, trans-OCD distinguishes by the presence of obsessive thoughts and compulsions relating to gender identity.

It is also important to understand that trans-OCD is not the same as being transgender. Transgender people do not experience obsessions or compulsions related to their gender identity; rather, they have a strong and consistent identification with a gender other than the one they were assigned at birth.

It must also be put into consideration that this fear has nothing to do with a person hating, disliking, or being afraid of other people who are gay or transgender. It is a persistent fear of not being able to figure out one’s own identity. OCD can result from a combination of genetic and environmental factors. Like other forms of OCD, trans-OCD may be triggered by stressful life events or trauma. It is also believed that there may be a biological component, as trans-OCD has been found to run in families.

If you are struggling with intrusive thoughts about your gender identity, it is important to seek professional help. A therapist who specializes in OCD can help you to understand whether your symptoms meet the criteria for a diagnosis. Symptoms of trans-OCD may include: 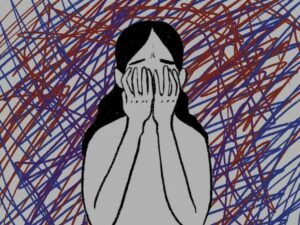 Trans OCD can have a profound impact on every aspect of a person’s life.

There is no one-size-fits-all approach to treating trans-OCD. However, some common treatment approaches include Exposure and Response Prevention (ERP) and Cognitive Behavioral Therapy (CBT).

If you are struggling with trans-OCD, it is important to seek professional help. Therapists at Mantra Care can help you to understand your symptoms and develop a treatment plan that meets your needs. With treatment, you can learn to manage your symptoms and live a fulfilling life.