Anorexia nervosa is a serious mental illness that causes people to obsessively control their weight. One of the ways that people with anorexia try to control their weight is by purging. Purging means getting rid of the food that you have eaten by vomiting or using laxatives. It can be very dangerous and can lead to many health problems. In this blog post, we will discuss what purging anorexia is and how to deal with it.

What Is Purging Anorexia? 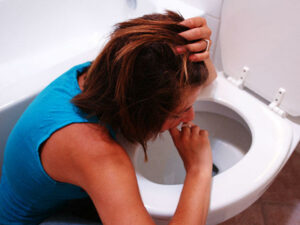 Purging anorexia is an eating disorder that is characterized by severe calorie restriction and self-induced vomiting. People with purging anorexia often have a fear of gaining weight and may also exercise excessively.

According to studies, this type of anorexia is more common among young women. It is also associated with a higher risk of developing other mental health disorders, such as anxiety and depression. Moreover, purging anorexia can lead to serious health complications, such as electrolyte imbalances, dehydration, and heart problems.

People with purging anorexia feel a need to control their weight and shape at all costs. This can lead to dangerous behaviors, such as self-starvation and purging. If you or someone you know is struggling with an eating disorder, it is important to seek professional help. The prevalence is also on the rise, with a study in 2016 showing that 0.93% of young women suffer from purging anorexia.

Therefore, it is important to find a treatment that works for you. If you are struggling with an eating disorder, please seek professional help.

What Are The Symptoms Of Purging Anorexia?

It is very important to pay attention to the symptoms of purging anorexia, as they can be extremely harmful to your health. Also, the symptoms of this disorder are divided into physical and emotional symptoms.

The physical symptoms of purging anorexia include:

The emotional symptoms of purging anorexia include:

It is important to remember that if you are experiencing any of these symptoms. then, you should see a doctor or mental health professional as soon as possible.

What Are The Causes? 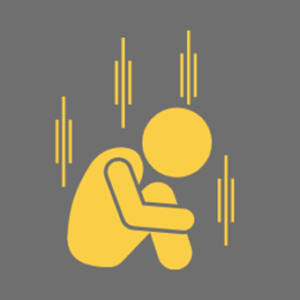 The causes of purging anorexia are unclear. However, there are some risk factors that may increase the likelihood of developing the disorder. These include:

Family member with an eating disorder

This is the most significant risk factor for developing an eating disorder. If someone in your family has anorexia, you are up to 12 times more likely to develop the disorder yourself. Because this disorder is often passed down through families, it is thought to have a genetic component.

People with purging anorexia are often perfectionists. They set high standards for themselves and feel like they must meet these standards at all costs. This can lead to a lot of anxiety and stress, which may trigger the disorder. It occurs due to changes in certain areas of the brain that control mood and appetite.

Dieting or having body image issues

Dieting is the most common trigger for developing an eating disorder. This is especially true if your diet is to lose weight or to meet unrealistic standards of beauty. People who have body image issues are also at a higher risk for developing purging anorexia.

Suffering from anxiety or depression

If you are already suffering from anxiety or depression, you may be more likely to develop an eating disorder. This is because these disorders can lead to changes in mood and appetite, which can trigger the disorder. In fact, it is believed that up to 60% of people with anorexia also suffer from depression.

So, these are some common causes that may lead to purging anorexia. If you or someone you know is suffering from the disorder, it is important to seek professional help. Treatment can be very effective in helping people recover from this disorder. Otherwise, it can lead to serious health complications or even death. So, if you think you may have purging anorexia, don’t hesitate to seek help. It could save your life.

Is Purging Anorexia and Bulimia Nervosa the Same? 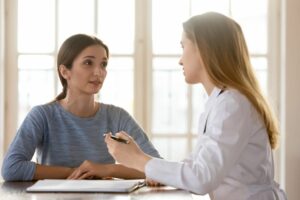 People with bulimia nervosa typically purge by self-induced vomiting or the misuse of laxatives. People with purging anorexia, on the other hand, may also restrict their food intake so severely that they become malnourished. More often, they use exercise as a way to purge.

People with bulimia nervosa typically purge after every meal or snack. People with purging anorexia, however, may only purge once per day or even less frequently. So the frequency and severity of purging behaviors may be a key difference between these two disorders.

As you can see, there are some key differences between purging anorexia and bulimia nervosa. If you or someone you know is struggling with either of these disorders, it’s important to seek professional help. Treatment can be very effective in helping people manage their symptoms and recover from these eating disorders.

What Are The Consequences?

People need to understand that purging anorexia or any eating disorder is not a game. It is a very real and serious illness with potentially deadly consequences. Some of the risks associated with purging anorexia include:

As you can see, the risks are very real and can have lifelong implications. In fact, it is believed that as many as 20% of people suffering from anorexia nervosa will eventually face more serious consequences. And this happens because they avoid seeking treatment for their condition.

According to studies, this is one of the most dangerous eating disorders. So, if you or someone you love is suffering from anorexia nervosa, please get help as soon as possible. However, if you are not sure whether you or someone you know has this disorder, seek a professional diagnosis.

Because sometimes, the symptoms are not that easy to identify. Do not get delayed if you feel like suffering from purging. Please get help as soon as possible. There are many resources available to help you on your road to recovery.

How To Deal With Purging Anorexia 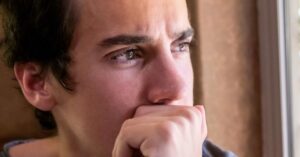 Talk to someone who understands

Find someone who understands what you are going through. This can be a friend, family member, therapist, or doctor. It is important to have someone to talk to who understands the struggles that you are facing. This person can offer support and help you develop healthy coping mechanisms. Moreover, this person can also provide you with information about resources that can help you deal with this condition.

With eating disorders, dietitians can play an important role in helping you recover. They can help you develop a healthy relationship with food and your body. Dietitians can also help you develop meal plans that are nutritious and satisfying. In fact, some dietitians specialize in helping people with eating disorders recover. They will help you in making programs and meal plans that are tailored to your specific needs.

Another way to deal with purging anorexia is to find a support group. There are many online and offline groups that you can join. These groups can provide you with support and understanding. Additionally, these groups can also offer helpful information about resources that can help you deal with purging anorexia. A support group can also be a great place to share your experiences and learn from others who are dealing with the same disorder. 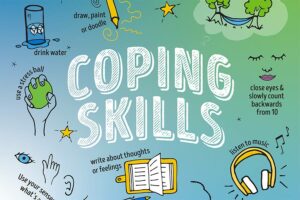 It is not going to be easy but it is definitely possible for you to overcome this condition. The first and most important step is to stay strong and calm. Because this eating disorder thrives on anxiety and stress, it is important that you find ways to relax and de-stress. This can be done through yoga, meditation, journaling, or any other activity that helps you feel calm and at peace. It is often helpful to talk to a therapist or counselor who can help you manage your stress and anxiety in a healthy way.

These are some tips that can help you deal with this condition. Moreover, it is important to talk to your doctor about this eating disorder. And find out what treatment options are available to you. With the right help, you can overcome purging anorexia and live a healthy and happy life.

To conclude, purging anorexia is a serious mental illness that should not be taken lightly. In fact, studies suggest that anorexia has the highest mortality rate of any mental disorder. If you or someone you know is struggling with anorexia, please seek professional help. There are many resources available to those suffering from eating disorders, and there is no shame in seeking treatment. With the right help, recovery is possible.

You can also contact Mantra Care for more information about this method and how it works. The team of expert mental health professionals will provide you with guidance and support. Mantra Care provides mental health services around the globe at convenient and affordable prices. You can also book a therapy or download our free Android or iOS app.

In addition, Mantra Care has a registered dietitian to help you make the best food choices for your journey, as well as a team of highly qualified and certified personal trainers to help you recover from an eating disorder. Visit our website or give us a call today!