It’s unfortunate that OCD is often misunderstood. Many people think that OCD is just a quirk or personality trait when in reality it’s a serious mental illness. In this blog post, we will dispel some of the top myths about OCD. We will show that OCD is not simply an over-attention to detail, nor is it just a desire for cleanliness and order. We hope this information can help to clear up some of the misconceptions about OCD and help those who suffer from it get the treatment they need.

What OCD Is Not? 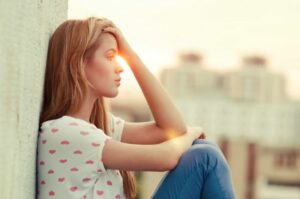 There are people who think that OCD is just being clean or liking things to be in a certain order. However, OCD is much more complicated than that. In fact, this can be one of the most debilitating disorders, preventing people from living their lives normally.

Here are the top Eight misconceptions about OCD:

Most People Have This A Little

It is very common for people to say that they are a little OCD when they mean that they like things to be clean or in order. However, having this disorder is much more than just being tidy. People with OCD can have severe anxiety and spend hours performing rituals to try to relieve their anxiety.

This even sounds like a bit of an exaggeration, but it is the truth. It can be extremely debilitating, making it hard for people to work, go to school, or even leave the house. There are studies that suggest that this disorder may be the most time-consuming of all anxiety disorders.

One example of this is when people with OCD have intrusive thoughts about harming others. To try to relieve their anxiety, they may perform rituals such as washing their hands or checking the locks on the door over and over again.

OCD Is Just About Being Clean

People need to understand that OCD stands for Obsessive-Compulsive Disorder. This means that people with OCD have obsessions and compulsions. Obsessions are intrusive and unwanted thoughts, images, or urges that cause distress. Compulsions are the behaviors or mental acts that someone feels they must do to try to relieve the anxiety caused by the obsession.

It is a disorder that needs to be treated by a mental health professional. OCD is not just about being clean. In fact, people with this may actually avoid cleaning because of their fear of germs. There are types of OCD that have nothing to do with cleanliness, such as hoarding, where people are afraid to get rid of things because they may need them in the future.

All Neat People Have OCD 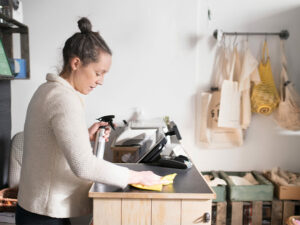 While at some point in our lives, we may all have been called neat freaks, this does not mean that we all have OCD. Like we said before, OCD is much more than just being clean or liking things to be in a certain order.

However, not all people who are neat have this Obsessive-Compulsive Disorder. Some people may just have a preference for things to be clean and in order. This does not mean that they have this disorder. This could define as a personality trait, such as being conscientious. In which case, it would not be considered a disorder.

OCD Is A Choice

This couldn’t be further from the truth! Nobody would choose to have OCD. It is a disorder that causes a lot of suffering. Now, who wants to suffer?

People with this cannot just choose to stop their compulsions. It is not that simple. Compulsions are often based on irrational fears. For example, someone with a fear of contamination may believe that if they do not wash their hands a certain number of times, they will get sick. No matter how much they want to stop washing their hands, they cannot because of the anxiety that it causes.

Trying to control or suppress obsessions and compulsions can actually make them worse. So, no, OCD is not a choice. It includes very severe anxiety and also serious consequences like:

Stress Is A Trigger For OCD

Although stress can be a trigger for OCD, it is not the only trigger. There are many other things that can trigger OCD such as:

Stress may make the symptoms of OCD worse. But it is not the cause of OCD. In fact, stress is often a result of having OCD. So, people with OCD are not just stressed because they are worried about their compulsions. They may be stressed because their OCD is causing them problems in their life. It is important to recognize the difference.

Only Adults Suffers From This Disorder 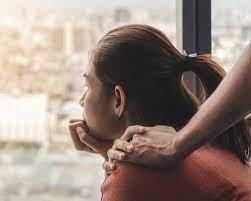 This is another myth. While OCD is most commonly diagnosed in adults, it can also develop in children and teenagers. In fact, studies have shown that around 20% of people with OCD started showing symptoms as children. A child might not be able to articulate his thoughts and feelings as well as an adult, which can make it harder to diagnose.

However, there are some signs that a child might have this disorder such as:

There is no research on whether it is hereditary. However, if you have this, it is more likely that your children will also suffer from the disorder. Also, any disease is not limited by age. So, a person of any age could develop OCD.

You Can Cure OCD With Willpower

There is no cure for Obsessive-Compulsive Disorder, but there are effective treatments that can help people manage their symptoms. Exposure and response prevention (ERP) therapy is one of the most common treatments for OCD. This involves gradually exposing yourself to your fears and learning to resist the urge to perform compulsions. This is even effective in treating children with the same disorder.

Cognitive-behavioral therapy (CBT) is another common treatment. This type of therapy helps people change their thinking patterns and learn how to cope with their anxiety. Try Mantra Care to get started with CBT. They have online CBT courses that can help you manage.

Willpower is not enough to overcome this severe disorder. It requires proper treatment and therapy is the option that can help you manage your symptoms and live a normal life. 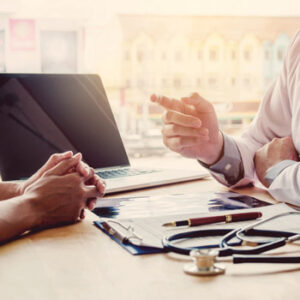 It is a common misconception that it takes years to get a diagnosis for this disorder However if you see a mental health professional who is experienced in diagnosing and treating this, you can usually get a diagnosis within a few sessions. In fact, most people with OCD are diagnosed within one year of seeking treatment.

The earlier you get a diagnosis, the sooner you can start treatment and begin to improve your symptoms. Also, the duration of diagnosis is dependable on the type of mental health professional you see.

Conclusively, OCD is not what people assume it to be. It is a serious mental disorder that should not be taken lightly. If you or someone you know is suffering from Obsessive-Compulsive Disorder, please seek professional help. It is not merely a quirk or personality trait. But a debilitating mental disorder that can take over a person’s life if left untreated.