Did you know that OCD is one of the most common mental disorders in the United States? In fact, it is estimated that 1 in 40 adults suffer from OCD. If you or someone you love is struggling with OCD, it is important to get educated on the disorder and its treatment options. In this blog post, we will discuss the prevalence of OCD, its symptoms, and the treatment options available. 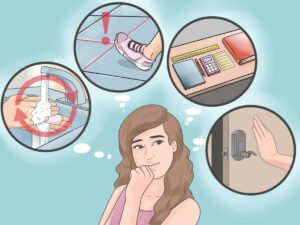 OCD is classified as an anxiety disorder, characterized by intrusive, unwanted thoughts (obsessions) and repetitive behaviors (compulsions). That the person feels compelled to perform. OCD can be debilitating, causing significant distress and interfering with daily functioning.

It is also believed that OCD occurs when there is an imbalance of the neurotransmitter serotonin in the brain. This imbalance may be genetic or caused by environmental factors. The condition is also associated with other mental health disorders, such as anxiety and depression.

The prevalence of OCD is essential to understanding the scope of the problem. In the United States, OCD affects approximately two percent of the population. That means that there are about six million people with OCD in America. So, further research is needed to better understand this mental health disorder.

Prevalence of OCD is simply defined as the number of people affected by the disorder at any given time. The word ‘prevalence’ comes from the Latin word ‘prevalere’, meaning to be prevalent or widespread. The term is often used in epidemiological studies to describe the percentage of a population that is affected by a particular condition or disease at any given time.

As OCD is a relatively new disorder, there are no definitive studies on its prevalence. However, it is estimated that OCD affects between 1-3% of the population, which means that it is more common than most people think. In fact, OCD is one of the most common mental disorders in the United States.

According to research, the prevalence of OCD is highest in developed countries, such as the United States and Europe. This may be due to the fact that these countries have more resources and better access to mental health care.

The prevalence of OCD in adults is believed to be around two percent. This means that OCD affects more than three million adults in the United States alone. The disorder is slightly more common in women than men, with a ratio of about two to one.

The most recent epidemiological study on OCD was conducted in 2012 and revealed that approximately one in every 200 adults (0.50%) suffers from OCD. This means that at any given moment, over three million Americans have the disorder. Also, the study found that the prevalence of OCD was highest in developed countries, such as the United States and Europe.

In children and adolescents

According to studies, the average age of onset for OCD is 7 years old. However, symptoms can start as early as preschool age. Boys are more likely than girls to develop OCD, with a male-to-female ratio of about two-to-one.

Educate Yourself About OCD

Education is always the first step in prevention. Learning about OCD can help you be more aware of the disorder and its symptoms. This way, you can better identify the disorder in yourself or others. There are many resources available to learn about OCD. Also, talking to a mental health professional can be very helpful in understanding the disorder.

Recognize The Early Signs Of OCD

If you or someone you know is exhibiting these symptoms, it is important to seek professional help. In fact, recognizing early signs is one of the most important ways to prevent the prevalence of OCD.

In fact, support from others is one of the most important ways to prevent the prevalence of OCD. So, talk to your friend and family to create a support system today. They can help you get the treatment you need to live a happy, healthy life.

Talk To A Mental Health Professional

If you are showing signs of OCD, it is important to talk to a mental health professional. They can help you understand your thoughts and feelings, and develop healthy coping mechanisms. There are many different types of treatment for OCD, but the most common is cognitive-behavioral therapy (CBT). CBT helps you to change the way you think about your obsessions and compulsions.

You can contact Mantra Care to get started with OCD treatment. Our team of mental health professionals is here to help you every step of the way. Contact us today to learn more about our services and how we can help you or a loved one in need. You can also book your free consultation now.

Stress management is a great way to reduce the symptoms of OCD. There are many different ways to manage stress, and what works for one person may not work for another. Some common stress management techniques include;

These techniques can help to reduce the symptoms of OCD and make living with the disorder more manageable. If you think you might benefit from stress management, talk to your doctor or therapist. They can help you to develop a plan that will work for you.

Stay Positive And Be Proactive 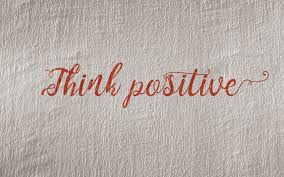 The prevalence of OCD is rising, and it’s important to stay positive and be proactive in order to manage the condition. In fact, many people with OCD find that the condition improves with treatment. There are a number of effective treatments available.

And it’s important to work with a mental health professional to find the best course of treatment for you. If you or someone you know is struggling with OCD, don’t hesitate to reach out for help. Staying positive is key to managing the condition.

In addition, it’s important to be proactive in your treatment. Many people with OCD find that the condition improves with treatment. So, don’t hesitate to seek help from a mental health professional. With the right treatment, you can manage your OCD and live a happy, productive life.

What Are The Myths And Misconceptions About OCD?

When the prevalence of OCD is discussed, there are many myths and misconceptions that come to mind. Some of these are discussed below;

This couldn’t be further from the truth- in fact, OCD affects approximately one in every 100 people. That means that if you’re sitting in a room with 99 other people, chances are good that at least one of them will have OCD. In fact, the prevalence of OCD is similar to that of asthma and diabetes.

Myth: OCD is a childhood disorder

Myth: OCD is a women’s disorder

This myth likely stems from the misconception that all people with OCD have to do is “snap out of it.” The reality is that even people with mild OCD can benefit from treatment. Treatment for OCD can be extremely effective- so if you think you or someone you know may have OCD, don’t hesitate to reach out to a mental health professional for help. 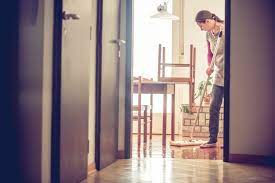 It is true that people with OCPD are often concerned with cleanliness and orderliness. However, OCPD is a different disorder than OCD- OCPD stands for Obsessive-Compulsive Personality Disorder. People with OCPD do not necessarily have obsessions or compulsions- rather, they tend to be rigid and inflexible in their thinking and behavior.

So, now that we’ve debunked some of the myths about OCD, what do you need to know? First and foremost, it is important to understand that OCD is a real and serious mental illness. If you or someone you know has been diagnosed with OCD, know that there are treatments available that can help. Don’t let the myths about OCD keep you from seeking the help you need.

To conclude, the prevalence of OCD is relatively high. It is estimated that about one in every one hundred people suffer from this debilitating disorder. Although it can be difficult to overcome, with proper treatment and support, many people with OCD are able to lead happy and fulfilling lives.

Moreover, the prevalence of OCD is often under-recognized and under-diagnosed. If you or someone you know is displaying signs of OCD, it is important to seek professional help. In fact, the sooner OCD is treated, the better the prognosis tends to be. You can manage your OCD and live a full life.

You can contact Mantra Care for more information and support. Book your consultation today to get started on your journey to recovery.