Do you ever look in the mirror and feel like you just don’t look right? Like there’s something wrong with how you look, even though to everyone else you seem normal? If so, then you may be struggling with body dysmorphia. This is a mental disorder that causes people to have an extremely negative view of their own appearance. In this blog post, we will discuss what body dysmorphia is, and how you can deal with it if you are struggling.

What Does Body Dysmorphia Disorder Mean? 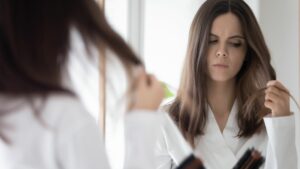 Body dysmorphia is a mental health condition that causes someone to obsess over their appearance. It can cause them to spend hours looking in the mirror, picking at their skin, or exercising excessively. People with body dysmorphia often fixate on one specific body part, such as their stomach or their nose.

They may believe that this body part is too large or misshapen, even when others can’t see it. Body dysmorphia can lead to anxiety, depression, and even suicidal thoughts. It’s important to seek help if you think you may have body dysmorphia.

What Are The Symptoms Of Body Dysmorphia Disorder? 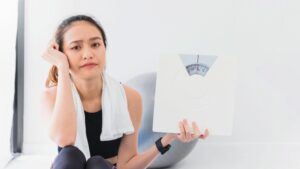 There are several symptoms associated with body dysmorphic disorder. These can include:

Individuals with BDD tend to be excessively self-conscious and are usually preoccupied with their physical appearance. They may avoid social situations or activities altogether due to their fear of being judged or ridiculed by others.

BDD is often accompanied by anxiety and depression. Individuals may have difficulty concentrating on anything else other than their appearance and may miss work or school as a result.

People with BDD may also develop eating disorders, such as anorexia nervosa or bulimia nervosa, as a way to cope with their appearance concerns. 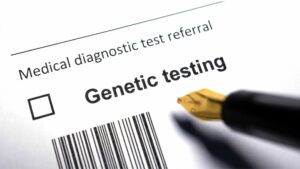 The exact cause of BDD is unknown, but there are several factors that may contribute to its development, including:

Genetics: If you have a family member with BDD, you may be more likely to develop the disorder.

Brain chemistry: Abnormalities in certain chemicals in the brain, such as serotonin, may play a role in the development of BDD. People with BDD may have differences in the way their brains process information about their bodies.

Personality traits: People who are perfectionists or have low self-esteem may be more likely to develop BDD.

Body dysmorphia is a mental disorder that causes people to obsess over their appearance. It can lead to anxiety, depression, and even suicidal thoughts. If you think you may have BDD, talk to your doctor or mental health professional. There are treatments that can help.

What Are The Risks Of Body Dysmorphia Disorder? 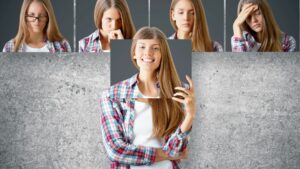 The risk factors of body dysmorphic disorder can be as follows:

Those with BDD tend to experience a great deal of emotional distress. This can include feelings of anxiety, depression, and even suicidal thoughts. It’s important to seek help if you’re experiencing any of these emotions.

Because of the anxiety and emotional distress caused by BDD, many people with the disorder will avoid social situations. They may miss work, school, or other important events. This can lead to further isolation and worsen their

BDD can also lead to functional impairment, meaning that it can make it difficult for someone to perform everyday tasks. For example, someone with BDD may miss work because they’re too focused on their appearance. Or, they may avoid going out in public because they’re afraid of being stared at.

What Complications Are Include In Body Dysmorphia Disorder? 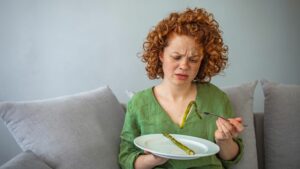 There are some medical complications that may arise from having BDD. And some of these are as follows:

People with BDD often have an eating disorder. This is because they are so focused on their weight and body shape. They may become either extremely underweight or overweight.

People with BDD may pick at their skin to the point of causing sores and scars. This is usually done in an attempt to fix perceived flaws.

Some people with BDD pull out their hair, resulting in bald patches. Again, this is usually done in an attempt to fix perceived flaws.

Depression is common in people with BDD. This is because they are unhappy with their appearance and feel hopeless about ever-changing it.

Anxiety disorders are also common in people with BDD. This is because they are constantly worried about their appearance and how others perceive them.

People with BDD often isolate themselves from others because they are embarrassed about their appearance. They may avoid going out in public or even leaving the house altogether.

Sadly, suicidal thoughts and behaviors are common in people with BDD. This is because they feel so hopeless and helpless about their appearance. If you or someone you know is struggling with suicidal thoughts, please seek professional help immediately.

If you or someone you love is dealing with body dysmorphia, it’s important to seek professional help. Body dysmorphia is a serious mental illness that can lead to devastating consequences if left untreated. But with proper treatment, people with BDD can lead happy and healthy lives.

How To Treat Body Dysmorphia Disorder? 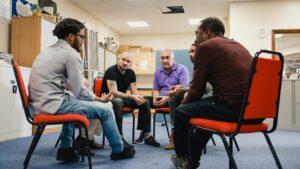 There are a number of different treatment options available for BDD. And, some of these are:

The most common is cognitive-behavioral therapy (CBT). This type of therapy can help people with BDD to change the way they think about their appearance and themselves.

This type of therapy is similar to CBT, but it also includes exposure to the situations or things that trigger BDD symptoms. This can help people to learn how to manage their anxiety without avoidance.

antidepressant medication that can be used to treat BDD. SSRIs work by increasing levels of serotonin in the brain, which can help to improve mood and reduce anxiety.

There are also a number of different support groups available for people with BDD. These groups can provide a safe and supportive environment where people can share their experiences and learn from others who understand what they’re going through.

If you think you may have BDD, it’s important to seek professional help. This disorder can be difficult to deal with on your own, but treatment can make a big difference. If you’re not sure where to start, you can talk to your doctor or mental health professional. They can help you find the resources and support you need.

In conclusion, body dysmorphia is a very real and serious mental health condition that can have a profound effect on an individual’s life. If you think you may be suffering from body dysmorphia, it is important to seek professional help. With treatment, many people are able to manage their symptoms and live happy, fulfilling lives.