Body dysmorphic disorder, or BDD, is a serious mental illness that can cause a great deal of distress for those who suffer from it. If you are concerned that you or someone you know may have BDD, it is important to learn about the symptoms and how to get help. In this blog post, we will discuss everything you need to know about BDD: what it is, how to recognize the symptoms, and how to get treatment. 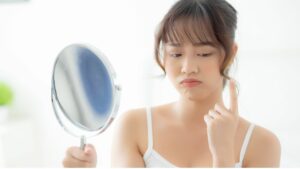 The DSM-V diagnostic criteria for body dysmorphic disorder (BDD) include preoccupation with one or more perceived defects or flaws in physical appearance that are not observable to others or appear only slightly noticeable.

The individual experiences significant distress and/or impairment in functioning due to the preoccupation. In order to diagnose BDD, the preoccupation must not be better explained by concerns about body fat or weight.

There are a few criteria that the DSM-5 has proposed in order for an individual to diagnose with body dysmorphic disorder:

In order to diagnose BDD, an individual must meet at least one of the following three criteria:

It is important to note that the preoccupation must not be better explained by another mental disorder (e.g., an eating disorder) or medical condition (e.g., acne). If the individual is under the age of 18 years, the disturbance must have been present for at least 12 months.

What Are The Causes Of BDD DSM-V? 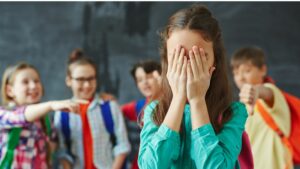 The causes of body dysmorphic DSM 5 disorder are not fully understood. However, there are a number of risk factors that have to identify:

What Are The Symptoms Of BDD DSM-V?

People with BDD can obsess over any aspect of their appearance, but there are some common themes: 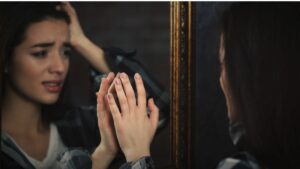 It’s critical to establish body dysmorphic disorder requirements to assess various factors, such as the condition’s severity. It should note if and when:

This is a subtype of body dysmorphic disorder that’s characterized by an extreme preoccupation with one’s own physical fitness and muscle size.

This means that they understand that their preoccupation with physical appearance is excessive or unreasonable.

This indicates that they don’t think their preoccupation with physical appearance is a problem. Or, they might partially recognize it, but still, believe that changes need to make to improve their looks.

This is when a person believes that their appearance flaw is real, despite contrary evidence. They might think that others take notice of their perceived defect and are also disgusted by it.

There are several risk factors that may increase the likelihood of developing BDD. These include:

If you have any of these risk factors, it does not mean that you will definitely develop BDD. However, it is important to be aware of them so that you can seek help if necessary.

What Are The Treatment Options For BDD? 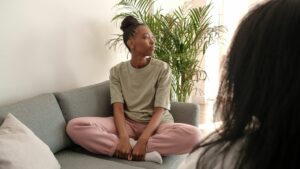 It is important to remember that everyone has some degree of dissatisfaction with their appearance. It is only when the preoccupation with an imagined or slight defect in appearance causes intense distress or interferes with daily functioning that it may be classified as body dysmorphic disorder.

There are a number of different treatment options available for those suffering from body dysmorphic disorder, and the most effective approach is often a combination of therapies.

CBT is a type of therapy that helps an individual to change their thinking patterns and beliefs in order to improve their mood and behavior. CBT found to be particularly effective in treating body dysmorphic disorder.

One key component of CBT for body dysmorphic disorder is exposure and response prevention (ERP). ERP involves gradually exposing the individual to the situations or activities that trigger their distress, while simultaneously teaching them how to manage and reduce their anxiety response.

This treatment is typically reserved for cases where other treatments have failed and the person suffering from body dysmorphic disorder poses a threat to themselves or others.

In some cases, hospitalization may be necessary in order to keep the person safe and provide 24-hour supervision and care.

If you or someone you know is struggling with body dysmorphic disorder, there is help available. Treatment can be very effective in managing symptoms and helping people live happier, more productive lives.

In conclusion, Body Dysmorphic Disorder is a serious mental illness that can be difficult to recognize and treat. However, with the help of a mental health professional, it is possible to manage the symptoms of this disorder and live a fulfilling life. If you or someone you know is struggling with Body Dysmorphic Disorder, don’t hesitate to reach out for help.