DSM-5 or the Diagnostic and Statistical Manual of Mental Disorders is a resource guide for mental health professionals. DSM-5 is the fifth edition in the series and was released in 2013.

For those who may not be familiar with it, we will discuss what DSM-5 does, how it is organized, its history and development, why psychiatrists use this manual to diagnose patients, and what can be diagnosed by using this manual.

We will also talk about how DSM-5 defines “mental disorder,” which sections are included in it as well as major psychiatric disorders that can be identified through its use. Finally, we will share some concluding thoughts on our discussion of the DSM-5. 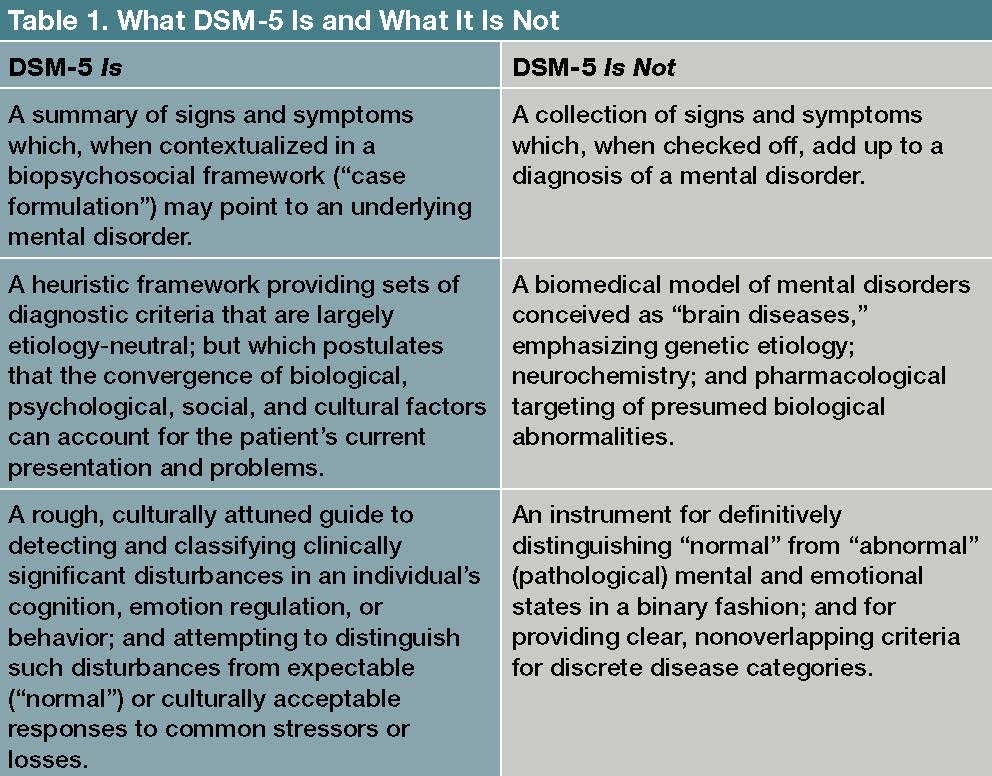 The Diagnostic and Statistical Manual of Mental Disorders (DSM) is published by the American Psychiatric Association (APA). DSM-IV was the fourth edition, released in 1994. The fifth edition, DSM-V, was released in May 2013.

It is a manual that provides a classification system for mental disorders. It also includes diagnostic criteria for such disorders, along with research information.

What Is DSM-V Used For?

The DSM-V is a classification system for mental disorders that provides clinicians and researchers with a set of diagnostic criteria for each disorder. It also includes information on prevalence, course, and symptoms. The manual is used to help identify mental disorders, understand their etiology and pathophysiology, and develop treatment plans.

What Can The DSM-V Diagnose?

The DSM can diagnose mental disorders. It provides a classification system for such disorders and lists the diagnostic criteria for them. It is used by clinicians to diagnose mental health conditions in the United States.

What Is The Definition Of Mental Disorder In DSM-V?

Mental disorder is defined as “a syndrome characterized by clinically significant disturbance in an individual’s cognition, emotion regulation, or behavior that reflects a dysfunction in the psychological, biological, or developmental processes underlying mental functioning.”

In other words, it is a syndrome (or group of symptoms) that reflects an underlying dysfunction in the processes related to mental function.

Who Can Use The DSM-V?

The DSM-V can be used by psychiatrists, psychologists, psychiatric nurses, and other mental health professionals.

The DSM-V is organized into three main sections, which are “Structure and content”, “Diagnostic criteria sets” and “Associated features and disorders”.

There are five categories in DSM-V:

The sections are as follows:

It also contains the diagnostic criteria for all of the mental disorders in DSM-V.

Section V is an appendix that includes information on dimensional assessment measures for use in DSM-V.

The following list contains some of the criteria sets for each disorder:

Along with these criteria, DSM5 also considers a manic episode. A manic episode must include symptoms such as:

Schizophrenia spectrum and other psychotic disorders

The schizophrenia spectrum and other psychotic disorders are diagnosed using five symptom domains:

NOTE: Hallucinations must be sensory, such as hearing voices when there is no one around.

Somatic symptom disorder is diagnosed when the individual has one or more somatic symptoms that cause distress and impairment in social, occupational, educational activities.

Illness anxiety disorder is diagnosed when the individual has excessive and persistent worry about having or developing a serious illness.

Hypochondriasis is diagnosed when the individual has excessive and persistent worries about having a serious physical illness, despite medical reassurance to the contrary.

Paraphilias are diagnosed when the individual has:

Gender identity disorders are diagnosed when an individual expresses:

The following list of conditions have been associated with mental disorders but are not part of the diagnostic criteria for any specific disorder:

Categories And Subcategories Of Disorders

The diagnostic criteria for mental disorders in the manual are organized into different categories and subcategories:

Updates Made To DSM-5 Criteria

Several changes have been made to the DSM-V, which is the latest edition of the Diagnostic and Statistical Manual of Mental Disorders. The most notable change is that the manual will now cover more mental disorders, including both children and adults.

The DSM-V was released in 2013 and made updates to criteria for several mental disorders. These include:

There are no longer two subtypes of autism. The former Asperger’s syndrome is now included in the same diagnosis as autism, which is known simply as ‘autism spectrum disorder’.

This has been renamed to intellectual developmental disorders and includes a range of conditions that result in significantly impaired cognitive function.

There will be a new category of ‘depressive episode’, which represents a clinical presentation that is defined by the presence of depressed mood or lack of interest in enjoyable activities lasting at least two weeks and includes bereavement as one cause.

The DSM-IV criteria for major depressive disorder have been revised to improve the diagnostic specificity and to maintain consistency with the World Health Organization’s International Classification of Diseases (ICD-11), which is currently in development (in 2013).

This category has been updated, having previously included ‘schizophreniform disorder’ and ‘schizoaffective disorder’. Schizophrenia will now be a separate disorder, and will include ‘prodromal schizophrenia’.

Separation anxiety has been added to the DSM-V as a diagnosis. The new edition also includes specific criteria for posttraumatic stress disorder (PTSD) in children and adolescents aged six years or older. PTSD symptoms may be expressed differently in younger children.

The DSM-V has refined the diagnostic criteria for bipolar disorder, which is now known as ‘bipolar I disorder’. Cyclothymia (a mild form of bipolar disorder) is no longer a separate diagnosis.

The new edition will cover both children and adults, whereas the DSM-IV only covers the diagnosis in children. However, some of its criteria have been removed to reflect research that has found they were not always helpful when diagnosing ADHD among adults.

Previously listed under “eating disorders not otherwise specified”, binge-eating disorder (BED) will now be included as a stand-alone diagnosis.

DSM-V will introduce a new diagnosis of ‘pedophilic disorder’. This will be used to describe individuals who have recurrent, intense sexually arousing fantasies, urges, or behaviors involving sexual activity with prepubescent children (generally age 13 years or younger).

The term ‘gender identity disorder’ is replaced by ‘gender dysphoria. This diagnosis will be used for individuals who experience significant distress because their biological sex does not match the gender they identify with.

PTSD symptoms may be expressed differently in younger children and the new DSM includes criteria specifically for these cases of this condition.

This has been renamed ‘autism spectrum disorder’.

NOTE: The DSM-V, released in May 2013 is available in both print and electronic formats. Clinicians, researchers, and patients are encouraged to visit the website for updates on when the new edition will become available.

History And Development Of DSM-V

The diagnostic manual has historically been seen as an authoritative reference within the field of psychiatry, although this belief has come into question in recent years. It remains one of the most important classification systems to date and continues to be used by clinicians and researchers throughout the world today. According to some estimates, the DSM-IV is used in over 80% of clinical decisions made within psychiatry.

“While the DSM-IV had its critics, it is generally seen as a reliable and valid resource. However, there have been some concerns about how the DSM-V will fare.

There have also been concerns about the new category of ‘Behavioral Addictions.’ This category includes conditions such as gambling addiction and sex addiction. Some experts worry that this will lead to over-diagnosis and treatment of normal behaviors as addictions.”

The DSM-V is the latest edition of the Diagnostic and Statistical Manual of Mental Disorders. It provides a classification system for mental disorders and lists the diagnostic criteria for them. It also includes research information on mental disorders. The DSM-V can be used by psychiatrists to make a diagnosis.