Howard Hughes is one of the most well-known Americans in history, but his mental health is a topic that is often overlooked. In this blog post, we will explore Hughes’ mental health and the symptoms he had faced. Also, we will discuss the autopsy by Fowler. Keep on reading!

Who Is Howard Hughes? 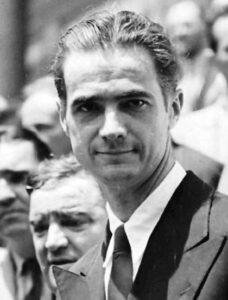 Howard Hughes was an American business magnate, investor, record-setting pilot, engineer, and film director, who gained prominence in the early twentieth century as a successful film producer. Later in life, he became known for his eccentric behavior and reclusive lifestyle.

Hughes was born in Houston, Texas, on December 24, 1905. He was the only child of Howard R. Hughes Sr. and Allene Gano Hughes. His father was a successful businessman and his mother a noted beauty queen.

As a young man, Hughes showed an interest in engineering and aviation. He attended Rice University for one year before dropping out to pursue his business interests full time. In 1925, Hughes founded the Hughes Tool Company with business partner Noah Dietrich. The company proved successful, and Hughes soon became a millionaire.

In the early 1930s, Hughes turned his attention to aviation. He bought several small airlines and merged them into one company, which he renamed TWA (Trans World Airlines). He also designed and built new aircraft, including the famous “Spruce Goose” (formally known as the Hughes H-47). By the late 1930s, Hughes was one of the richest men in America.

What Was The Mental Illness Howard Hughes Had?

Howard Hughes was a sufferer of Obsessive-Compulsive Disorder (OCD). He was a very famous Hollywood director and producer, but he developed a severe case of OCD which caused him to withdraw from society. His OCD made him extremely paranoid and he would often obsess over germs and contamination. He would compulsively wash his hands and avoid contact with people or objects that he thought were contaminated. This eventually led to him becoming a recluse and living in isolation.

While there is no concrete evidence, some experts believe that Hughes may have also suffered from schizophrenia. This is due to the fact that he exhibited some symptoms of the disorder, such as paranoia and social withdrawal. However, this has never been confirmed and it is possible that his OCD was simply mistaken for schizophrenia.

Howard Hughes’s mental health was a major factor in his decline and eventual death. His OCD made it difficult for him to function in society and caused him to withdraw from the world. This, combined with his other health problems, led to him becoming a recluse and ultimately dying alone.

While his story is tragic, it is also a reminder of the importance of mental health awareness and treatment. If you or someone you know is struggling with a mental illness, please seek help from a professional. Mental illnesses are serious conditions that can be debilitating if left untreated. Howard Hughes’ story is proof that even the most successful and famous people are not immune to mental illness.

What Are The Symptoms Hughes Had Faced?

Initially, the symptoms of Hughes’ mental illness were not outwardly apparent, and he was able to continue living his life relatively normally. However, as his condition progressed, he began to experience more and more difficulty functioning in society. Some of the symptoms that Hughes faced included:

While these symptoms might seem minor at first, they eventually took over Hughes’ life. And made it impossible for him to live a normal existence. In the end, Howard Hughes’ mental illness led to his untimely death. If only someone had been there to help him, perhaps his story could have had a different ending. 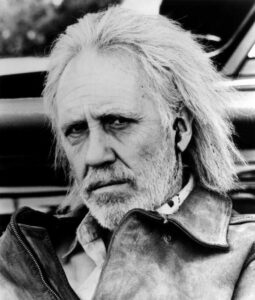 There is no one answer to this question. Howard Hughes was a complex man with a lot of demons. Some say that his mental health issues were caused by his obsessive-compulsive disorder (OCD). Others believe that his drug use and isolation contributed to his mental health problems.

It is clear that Howard Hughes’ mental health was in decline for many years before he died. In the early 1970s, he began withdrawing from public life and became increasingly paranoid. He stopped seeing friends and family and instead spent most of his time in seclusion. He also developed a fear of germs and became obsessed with cleanliness.

By the late 1970s, Howard Hughes’ mental state had deteriorated to the point where he was barely functioning. He was often incoherent and paranoid, and he frequently made irrational demands of his staff. In 1976, he fired all of his employees and moved into a hotel suite, where he lived in isolation for the rest of his life.

It is also believed that in the hotel room, Howard lay in bed all naked and this is what he called the germ-free environment. He also stopped bathing and changed his clothes infrequently. As a result, he became increasingly reclusive and paranoid.

While the exact cause of Howard Hughes’ mental health problems is unknown, it is clear that they greatly affected his life and contributed to his untimely death.

“A picture gradually emerged of a young child who pretty much isolated and had no friends, and a man who increasingly became concerned about his own health”.

According to the autopsy, Howard, in his childhood was paralyzed for months. But, it was not just the physical pain, even after he recovered from his paralysis, he would often withdraw for days into himself. This behavior was seen by many as a direct result of the trauma he experienced as a child.

What Instructions Has Had Given By Hughes To His Staff? 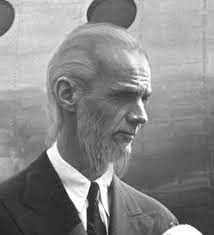 Fowler also found that Hughes was obsessed with cleanliness and germs, which is a common symptom of OCD. For example, he once wrote a staff manual that detailed how often toilets should be cleaned and what type of cleaning supplies should be used, how to open a can of peaches. Also, directions to remove the label and scrub the can until it becomes a bare metal.

He ordered his staff to wash their hands multiple times and many other instructions that he had given to his staff. Such as;

The instructions were very precise, and it was compulsory for the staff to follow them.

“There were times when he would be so engrossed in whatever he was doing that he would not speak for days”.

This quote from one of his former girlfriends explains how Howard Hughes would often withdraw into himself for days at a time. This behavior is typical of someone who is suffering from depression.

Many biographies of Howard Hughes have been written, but none of them mention his mental health. This is likely because Hughes was never formally diagnosed with any mental illness. However, the evidence gathered by Fowler suggests that Hughes was suffering from OCD, depression, and anxiety. These disorders likely contributed to his reclusive lifestyle and inability to form close relationships.

To conclude, Howard Hughes’ battle with mental illness was one that he fought for most of his life. In the end, it seems that his obsessive-compulsive disorder and depression were too much for him to handle and led to his untimely death. However, despite all of his struggles, Hughes was still able to accomplish a great deal in his lifetime. He was a successful businessman, film producer, and aviator. His story is a reminder that even those who seem to have it all can be fighting a battle that nobody knows about.

However, it is important to know that mental illness is nothing to be ashamed of and that there is help available if you are struggling. If you or someone you know is struggling with mental health, please reach out for help. There are many resources available and no one has to suffer alone. Thanks for reading!