Prozac is a drug that is used to treat obsessive-compulsive disorder. It is part of a class of drugs called selective serotonin reuptake inhibitors, or SSRIs. Prozac was the first drug in this class to be approved by the FDA, and it has been shown to be effective in treating OCD symptoms. In this blog post, we will discuss what Prozac is, how it works, and who can benefit from taking it. 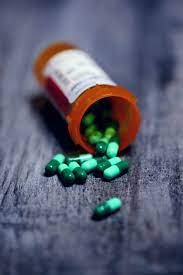 Prozac is a medication that is used to treat major depressive disorder, bulimia nervosa, panic disorder, and obsessive-compulsive disorder (OCD). It belongs to a group of drugs called selective serotonin reuptake inhibitors (SSRIs). And, Serotonin is a neurotransmitter, or brain chemical, that helps regulate mood.

It is often a medication of last resort because it can have serious side effects. It is also known as Fluxotenine that comes under several brand names; Sarafem, Selfemra, and Rapiflux.

But it is really helpful in treating OCD as it can help to break the cycle of obsessions and compulsions. Prozac is not a cure for OCD, but it can help reduce the symptoms. Symptoms of OCD include:

As you can see OCD is a very debilitating disorder, but Prozac can help to ease the symptoms and improve your quality of life. In fact, many people with OCD say that Prozac has been a life-changing medication for them.

How Does Prozac Work?

Then, the medication SSRIs Prozac comes to the rescue by inhibiting serotonin reuptake. And, in turn, making more of it available to the parts of your brain that need it. It works by blocking the reuptake of serotonin in the brain. This action increases the level of serotonin in the synaptic space. And, ultimately, helps improve mood and relieve OCD symptoms.

What Disorders Can Be Treated With Prozac?

As many of you are aware that it is an antidepressant. And is used to treat the mainly depressive disorder. However, it is also approved by the FDA for the treatment of OCD and some other mental disorders. These are listed below;

Bulimia nervosa is an eating disorder that involves bingeing (eating large amounts of food in a short period of time). It is followed by purging (getting rid of the food through vomiting, use of laxatives, or excessive exercise). Moreover, it is a serious, life-threatening disorder that can cause severe physical and psychological problems. Prozac is shown to be effective in treating bulimia by reducing the symptoms of bingeing and purging.

Panic attacks are caused by a sudden surge of intense fear or anxiety. This may be accompanied by a pounding heart, sweating, shaking, shortness of breath, chest pain, and dizziness. Panic attacks can last for minutes or even hours. Prozac is shown to be effective in treating a panic disorder by reducing the number and severity of panic attacks. It works by helping to balance the level of a chemical in the brain called serotonin.

Prozac For Other Conditions

There are some off-label uses for Prozac that have been effective in treating other conditions. These include premenstrual dysphoric disorder (PMDD), body dysmorphic disorder (BDD), and chronic fatigue syndrome (CFS). If you are considering taking Prozac for any of these conditions, it is important to speak with your doctor first to discuss the risks and benefits.

These are only a few examples of mental disorders that can be treated with Prozac. If you or someone you know is suffering from a mental disorder, please seek professional help. There are many resources available to get the help you need. Also, it is important to consider the side effects of any medication before starting treatment.

What Are The Side Effects Of Prozac?

The very common question people ask before starting a new medication is, “Is the medication safe to take?” So it is important to be aware of the side effects of Prozac for OCD.

However, it is no indication that Prozac consists no side effects, there are still some potential side effects to look out for. Some of them are very rare and not everybody experiences them, but they’re still worth mentioning.

Rare and Mild Side Effects

Serotonin is a chemical in the brain that helps regulate mood. However, these are rare and temporary. Though, if this makes you feel uncomfortable then consider talking to your doctor.

Serious Side Effects Of Prozac

Prozac can also cause some serious side effects, such as;

If you experience any of these side effects, it is important to seek medical attention immediately. These are rare but can be very serious if not treated right away. Moreover, if you overdose on Prozac, it can be fatal. Therefore, it is important to take the prescribed dosage and not increase or decrease it without consulting your doctor. 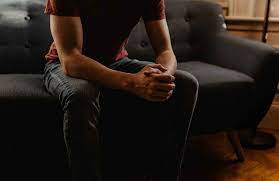 There are a few side effects associated with an overdose of Prozac. They are as follows:

These are very serious side effects and can be fatal if not treated immediately. Therefore, if you or someone you know has overdosed on Prozac, it is important to seek medical attention right away.

Are There Any Alternatives To Prozac For OCD?

Prozac for OCD is one of the most commonly prescribed medications. But that doesn’t mean it’s the only option. If you and your doctor have decided that Prozac is not the right treatment for you, there are other options available.

Some alternative treatments for OCD include:

When you feel like you need more help than just therapy, your doctor may prescribe medication. Moreover, there are several different types of medications that can be effective in treating OCD, but they all work by affecting the levels of serotonin in your brain.

The most commonly prescribed medications for OCD are SSRIs (selective serotonin reuptake inhibitors), which include drugs like

Cognitive-behavioral therapy (CBT) is a type of therapy that has been proven to be effective in treating OCD. CBT works by helping you change the way you think about your obsessions and compulsions, and by teaching you how to better manage your anxiety.

Exposure and response prevention (ERP) is specifically designed for treating OCD. It works by gradually exposing you to the things that trigger your OCD, and then teaching you how to resist the urge to perform your compulsive behaviors.

For therapy, you can try Mantra Care. Mantra Care is a treatment for OCD that uses various techniques and effective sessions for different disorders especially. You can first start with a free consultation with counselors who can understand your problem and give you the best solution. Hence, book your appointment today for more information. 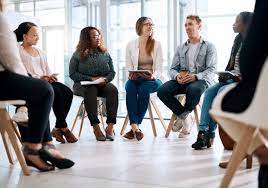 Support groups provide a safe and supportive environment for people with OCD to share their experiences and learn from others. Consequently, these groups can be invaluable in providing moral support and helping you to realize that you are not alone in your battle against OCD. Mantra Care can be an excellent resource for finding a support group in your area.

To conclude, Prozac for OCD can be very effective in reducing the symptoms of Obsessive-Compulsive Disorder. However, there are potential side effects with any medication. That should be considered before starting treatment. If you or someone you know is considering taking Prozac for OCD. Be sure to speak with a qualified mental health professional to ensure that the drug is right for you.

Moreover, it is important to remember that while medication can be helpful, it is not a cure for OCD. In order to achieve long-term remission, it is often necessary to combine medication with other treatment modalities such as Cognitive Behavioral Therapy (CBT). Thanks for reading!