Most people think of OCD as a disorder that causes someone to have unwanted thoughts or engage in repetitive behaviors. While this is true, there is another side to OCD that is often less talked about: the nightmares. Nightmares are a common symptom of OCD, and they can be extremely disturbing and frightening. In this blog post, we will discuss the different types of OCD nightmares, what they mean, and how to deal with them.

What Are OCD Nightmares? 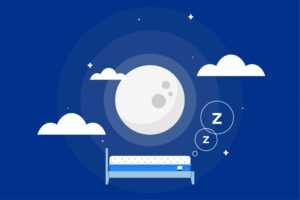 OCD nightmares are, quite simply, nightmares that are related to OCD. They can be about the person’s obsessions (e.g., fear of contamination) or compulsions (e.g., washing hands). Alternatively, the nightmare may not be directly related to OCD but may instead be a result of the stress and anxiety that comes with having the disorder. Regardless of their content, OCD nightmares are usually very vivid and realistic, and they can cause a great deal of distress.

These dreams typically involve the things that a person obsesses over. For example, a person with a fear of contamination may dream that they are covered in dirt or contaminated food. Alternatively, they may have a nightmare about being unable to wash their hands or being forced to touch something dirty.

These dreams typically involve the things that a person is compelled to do. For example, a person with OCD who is compulsively washing their hands may dream that they are unable to stop washing or that their hands are becoming raw and bloody. Alternatively, they may have a nightmare about not being able to complete their compulsion (e.g., not being able to put everything in its proper place). 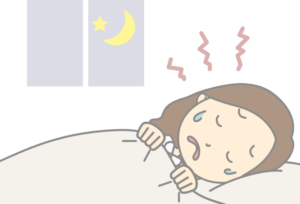 There are many different types of OCD nightmares, but some common themes include:

Contamination: Dreams about being contaminated by dirt, germs, or other substances. These dreams can be triggered by fears of illness or contamination.

Harm: Dreams about being harmed or hurt by someone or something. These dreams can be triggered by fears of violence or harm.

Death: Dreams about dying or being killed. These dreams trigger by fears of death or dying.

Inappropriate sexual thoughts: Unwanted and often disturbing sexual thoughts can cause distress to an individual and further affect their social relationships.

Repeating actions: One of the most common compulsions in OCD is repeating a certain pattern of actions or words. This can happen while sleeping, making a person talk in their sleep.

Superficial powers: Entities of higher spiritual power like God, demons, Satan, or fairies, among others, may have a prominent effect on one’s beliefs and influence the dream content.

Rituals: For someone with OCD, it is a common practice to form irrational rituals and patterns to feed their anxieties. These can translate into fully transformed nightmares, causing depreciation of the quality of sleep.

OCD nightmares can be extremely distressing and frightening, but there are some things you can do to deal with them. It is important to talk to your doctor or therapist about them. They can help you identify any triggers and work with you to develop a plan to reduce the frequency and intensity of your nightmares.

Side Effects Of OCD Nightmares 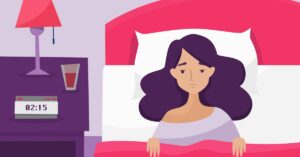 OCD nightmares can have several different side effects, both short-term and long-term. In the short term, they can cause sleep disturbances, which can lead to fatigue, irritability, and difficulty concentrating.

In the long term, they can contribute to anxiety and depression.

There are several different treatment options for OCD nightmares, including:

Cognitive-behavioral therapy: This type of therapy can help you identify and change the thoughts and behaviors that contribute to your nightmares.

Exposure and response prevention: This type of therapy involves exposure to the things that trigger your nightmares (e.g., dirt or germs) followed by learning how to resist the urge to engage in compulsive behaviors (e.g., washing your hands).

Medication: Some types of medication, such as antidepressants, can help reduce the frequency and intensity of nightmares.

If you are struggling with OCD nightmares, it is important to seek professional help. Therapists at Mantra Care provide effective and affordable mental health assistance through online therapy sessions from all around the world.

In conclusion, OCD nightmares can be extremely distressing and frightening. However, there are some things you can do to deal with them. If you have OCD and experience nightmares, it is important to talk to your doctor or therapist about them. They can help you identify any triggers and also work with you to develop a plan to reduce the frequency and intensity of your nightmares. Therapists at Mantra Care provide effective mental health treatment at affordable rates from all around the world.