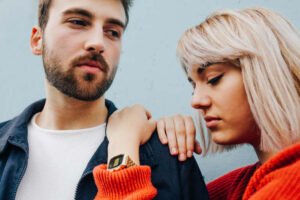 Though it may seem harsh to say, a narcissist is someone who has a pathological love for themselves. They only want the best for themselves and they don’t care about what you need. Narcissists are manipulative and they also have a lot of control over your emotions because they know how to play with them. They quickly take advantage of people who are vulnerable or insecure, so be careful when you’re in the presence of someone like this. You should never be upset if a narcissist broke up with you. Instead, you should protect yourself from them by cutting them off yourself.

A narcissistic personality disorder is characterized by an individual’s persistent pattern of grandiosity, need for admiration, and lack of empathy that begins by early adulthood and presents itself in various forms. A person with this disorder might show signs through their behavior such as manipulating others.

Who Is A Narcissist? 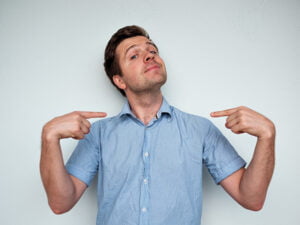 Narcissist breakups are notoriously difficult to overcome. Narcissists are not just emotionally unavailable but also very manipulative and selfish people. The one thing that narcissistic breakups have in common is that they can be devastating to overcome.

Narcissistic personality disorder (NPD) is a mental condition in which people have an inflated sense of their own importance, a deep need for admiration, and a lack of empathy for others. People with NPD lack empathy because they are unable to see things from other people’s perspectives.

Why Breakup With A Narcissist Hurt?

The breakup of a narcissist is usually a long and drawn-out process. The narcissist has to keep the victim close while they slowly, but surely, whittle away at the victim’s self-esteem. They will often break up with their partner but they will do it in stages until the victim is too worn down to leave them.

One of the most common reasons that narcissists give for breaking up with their partner is that they feel like they are not good enough for them or they don’t want to hurt them by staying together.

Narcissists can make you doubt your self-worth and make you believe anything they tell you. They will find faults in anything you say or do until there’s nothing left of who you were before.

The narcissist doesn’t want to let go of control. The narcissist may be feeling like they are losing power in the relationship and their entire world is crumbling. They feel like they are not in control of you anymore and it may be too much for them to handle.

The reason the person broke up with you is that they didn’t love you enough or worse, they never loved you at all.

How To Recover If A Narcissistic Broke up With Me? 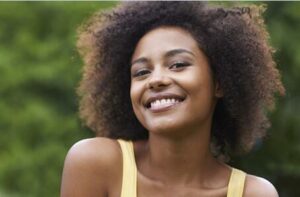 The best way to recover from a narcissistic breakup is to get back out there and date. This means that you need to start looking for people who don’t have any of these qualities that the narcissist had because that will just lead back into the whole cycle again. It’s important to find someone who loves you for who you are and not.

If you are in a relationship with a narcissist, you will need to know how to break up with them.

However, narcissists are not the type of people who will leave on their own. They want everything they can get their hands on and they won’t let go easily. So, if you want to break up with them, you’ll have to do it in a way that is not going to make them clingy or vindictive. It’s important that the way in which you break up with your narcissistic ex doesn’t lead them into thinking that they are still in control of your life or that they have any power over your emotions. Because this will only lead to more problems for both parties involved.

How To Recognize A Narcissist? 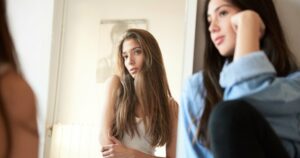 To better understand what a narcissist is and how to deal with them, it’s important to first look at some of the warning signs. Narcissists can have a sense of entitlement – they think they’re special and deserve more than others. They’re also hypersensitive – they get angry or frustrated when something doesn’t go their way or when someone criticizes them, even if it’s constructive criticism. In addition, people with narcissistic personality disorder have an inflated sense of self-worth. They value themselves so highly that they don’t believe anyone else could measure up. The good news is that there are ways to cope with a narcissistic breakup and move on with your life.

If you ever dated a narcissist, you will know how difficult it is to stay away from them. Breaking up with them is even harder. You may not get over the relationship and may think about it very often. You may feel like- “I’m in so much pain I can’t get out of bed.” If you ever dated someone who was too good to be true, chances are you had a narcissistic breakup.

Narcissists are masters of manipulation and when they break up with you, they do it to make themselves feel better. They will hurt you and make you believe that “their way” is the right way.

But in reality, narcissists don’t care about how you feel; they only want to make themselves feel good.

“The narcissist broke up with me” is a sentence that pops up in many people’s minds when they are in love or when they are considering whether to leave someone or not. Narcissists can be very charming and romantic, but they will eventually break up with you.

A narcissist is someone who has an inflated sense of self-importance and entitlement to admiration, without empathy for others. They want others to admire them and show them constant attention. Most narcissists also have an excessive need for admiration from others. They tend to be obsessive about their appearance and spend long hours grooming themselves because it enhances their self-image. The archetype of the “hot guy” is often a narcissistic male character portrayed in movies, literature, television shows, etc., who will eventually break up with the protagonist.

Advice On How To Heal After Breaking-up With Narcissist? 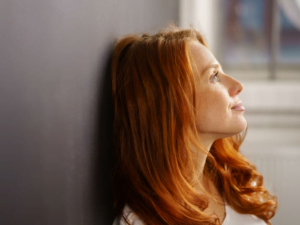 Narcissists can be difficult relationships but after reading this article you will know what you need to do if your partner decides to break up with you so that the aftermath is as minimal as possible.

This type of narcissist often breaks up with their partner. I don’t know why they do this, but it does make me feel like I’m not good enough for them.

The narc breaks up is a common theme in movies and books, and is often used as a plot twist. The narcissist breaks up with someone to get them out of the way or to use it as ammunition later on in the relationship when they want to turn things around on you. Narcissists are very manipulative people, but deep down inside you are really great qualities that are hard to resist.

What If They Come Back?

Narcissist, with their selfish and self-centered nature, often has a hard time admitting defeat. A narcissist will often be unreasonably persistent in trying to get their partner back after a break-up. They will become persistent, try to make the partner jealous by dating other people, and can even resort to violence.

They think they’re so amazing and we need them, but narcissists can’t be loved. Narcissists will often break up with their partners after they have become hooked on the constant praise and the feeling of being wanted.

Narcissism is a personality disorder that has been linked to various mental health issues such as depression, anxiety, substance abuse, and social difficulties. The narcissist in love may seem like a dream come true. They are attentive, loving, supportive, and all the things that you want in a partner.

But when they break up with you, it’s not exactly heart-breaking news. You might feel relieved to finally have your freedom back to do whatever you want. You might be relieved to rid yourself of this toxic person who always seemed so perfect on the surface but was actually manipulative and selfish deep down. So, if a narcissist broke up with you, cut all the contacts with them. And stay separated.

How Narcissists Makes You Feel Bad? 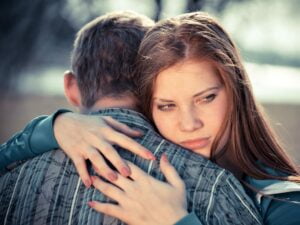 He dumped me for being too nice. I tried my best to be a good girlfriend and keep him happy, but it wasn’t enough. I guess I’m just not good enough for him. It hurts to know that he’s gone and moved on so quickly. And now he’s out there being the perfect guy with someone new who is just as bad as he is. You may often wonder if I am the reason why a narcissist broke up with me. Narcissists have a way of making themselves, victims.

A narcissist is a person who has a pathological sense of self-importance, exaggerated self-worth, and extreme focus on themselves. A narcissist can also be described as someone who is excessively preoccupied with personal adequacy, power, prestige, and vanity.

Reasons Why Narcissists are Bad

A narcissist can be very charming and likable at first. They are outgoing and they love to talk about themselves. But they really don’t want to hear what you have to say. They will often avoid conversations that don’t include them or they will suddenly leave or change the subject if it’s not about them or their achievements.

Narcissists Are Selfish And Self-Absorbed

Narcissists are selfish and self-absorbed. They have a strong need for admiration and reinforcement of their sense of uniqueness. This makes them highly susceptible to flattery, abuse, and exploitation by others who can provide what they so desperately want in return for something else from them.

Narcissists Do Not Consider Other’s Feelings

A narcissist is someone who is unable to see the world from anyone else’s perspective. They may be able to temporarily empathize with someone, but they will never be able to fully comprehend what someone else feels. This disorder can make it difficult for a person to develop empathy and close relationships with others. That often leads them to seek out validation from other people in some form or another.

A new study has found that narcissists are ungrateful for the help people offer. They don’t want to admit that they need help, so they refuse any assistance provided. This means they usually achieve less than others due to their refusal to ask for help.

Narcissists Lies A Lot To Everyone

Narcissists lie about everything; they lie about themselves, their feelings, who they are and what they do with their time. Their lies can be so convincing that you may not even notice them. But when it comes to the people closest to them, the narcissist’s lies often get more complicated and even more deceitful.

Narcissists are manipulative people, even with people they love. The manipulation of their loved ones is not done to hurt them but to get what the narcissist wants.