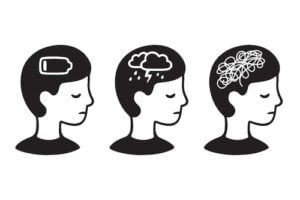 Mental illnesses are becoming more and more common, and many people may not be aware of what to look for. Unfortunately, most people only find out that they have a mental illness when it is too late-when their symptoms become so severe that they can’t function or work anymore without professional help. So before you lapse into depression, anxiety, or something worse, learn what to watch out for and how to best protect yourself.

Mental illness is becoming more and more common. This is not because there are now more people who suffer from mental illnesses, but rather because it has become easier to diagnose them. And yet many people still do not know what the warning signs of mental illness are, which means they may never realize that they need help before it’s too late. The following article will discuss the warning signs of mental health problems in-depth, as well as how best to protect yourself once you have identified these symptoms in order to prevent any further damage or deterioration.

Mental health is an important part of our lives. It affects the way we act, think, and even live our daily lives. It can be hard to notice mental illness in ourselves or know what to do if we are struggling with it. This article lists some warning signs and symptoms of mental illness so you will know when something is not right in your life. 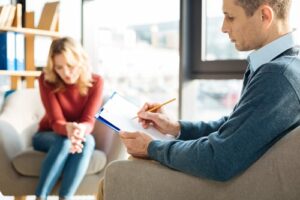 A person with mental illness might have trouble understanding language and/or words; they may also misunderstand your actions if you mean well but do something slightly different than they expected (e.g., giving a hug instead of shaking hands).

A psychotic person might be unable to think clearly, cannot manage their thoughts well, and often has delusions. 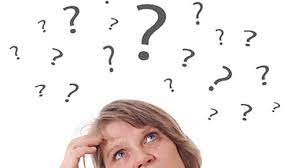 A psychotic person may say things that don’t make sense or mix up words so they come out wrong (e.g., “I want to run you a bath” instead of “I want to bathe you”).

Showing little to no emotions at all (e.g., you might see someone walking down the street and wonder if they are sad, angry, or happy). An emotional flatness could also result in a lack of concern for what is happening around them.

A depressed person feels sad, hopeless, worthless, guilty, irritable, anxious, and empty much of the time. Other symptoms include the following:

Withdrawn from family and friends

A depressed person does not want to talk or spend time with others because he or she is unhappy most of the time. He or she also stops doing activities that once brought happiness.

Changes in sleep or appetite

A depressed person might not be able to sleep or eat as much as usual, which leads to weight loss and sometimes weight gain. Sleep problems include waking up too early, sleeping too long, having restless dreams, or falling asleep at inappropriate times (e.g., during school/work).

Happiness is replaced with irritability 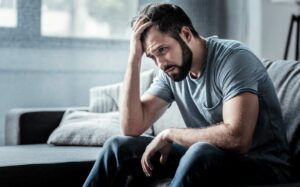 A depressed person may become more easily irritated than usual about things that would normally not bother them. This means they are also more likely to argue with people over small issues. They may also yell out their anger towards others or hit something for no reason when angry feelings build up inside of them.

Loss of interest in life

A person stops doing things that once brought him or her pleasure, such as hanging out with friends, playing sports, watching TV and music, reading books, etc.

A person starts thinking about death and dying more often than usual. He or she might think about killing himself or herself even though he or she would never try to do it. If this happens for more than one day but less than two weeks, get help right away by calling someone you trust (like a parent) and telling them how you’re feeling; if your safety is at risk because someone else knows you feel like killing yourself and can stop you from doing it, go to the nearest hospital emergency room.

Other Warning Signs Of Mental Illness 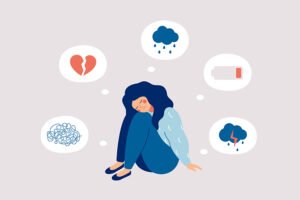 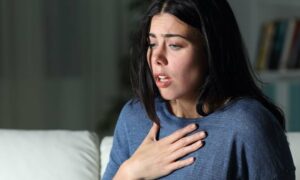 Certain disorders, especially anxiety disorders, may start when teens are very young. Even in childhood or adolescence. So it is important to be aware of the warning signs at every age.

Anxiety disorders often begin early in life; children with anxiety disorders tend to have them for many years before they get better, usually by their mid-teens. Mood disorders often begin in the late teenage years or early adulthood. Sometimes they begin during childhood or early adolescence, but this is rarer. Disorders that affect both mood and thoughts may begin at any age. Signs and symptoms of a mental illness may include:

Anxiety disorders are much more common in teens between 13-18 years old compared to younger children (10 percent versus 1 percent). The anxiety disorder with the greatest difference is Social Anxiety Disorder which affects four times as many teens when they are in high school compared to elementary school. Unfortunately, many teens with anxiety disorders do not get help from a mental health professional until years after their symptoms begin. 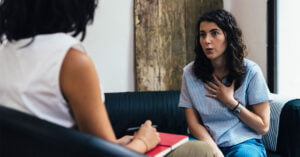 The main treatments for most mental illnesses are medicines and therapies. Treatments usually help reduce symptoms and improve daily life activities. With treatment, many patients see improvement in their symptoms within weeks to months. Patients who receive appropriate treatment can often get better or even cure their conditions – although some chronic problems never go away completely. Mentally ill people are far less likely than others to commit violent crimes, but if they do so it is usually against family members or other people they know, not strangers.

People with mental illness are at increased risk of having bipolar disorder, depression, substance abuse problems, and suicide attempts even after their symptoms improve. However, if they get treatment for these problems they can have long periods without any additional symptoms.

Mental illnesses can be hard to recognize and understand at first because one person’s symptoms may look different from another person’s symptoms. Understanding some warning signs and symptoms will help you recognize when something is wrong in your friend or loved one’s life. If you think that someone you know is struggling with mental illness or needs more information about it, talk to him or her! Remember that mental illness isn’t anyone’s fault- it just happens-and getting help for it can improve quality of life.

In addition to the warning signs and symptoms, make sure you know the following about mental illness:

The warning signs and symptoms of mental illness are often overlooked or not recognized. If you know the early warning signs. It may be easier to get help for your loved one sooner rather than later. Remember that this is a medical condition that can have lasting effects on quality of life if left untreated. So don’t hesitate to reach out to someone in need. Let us know how we can best support you with our services by contacting us today.