Suicide is one of the leading causes of death in America. Every year, there are over 40,000 suicides each year in the United States alone. Risk factors include major depression or other mental illness, previous suicide attempt history, family or personal history of violence, and alcohol abuse.

The risk for suicide also increases if a person has access to firearms or drugs that can be in use to commit suicide. There are some warning signs that you should pay attention to: feeling hopeless about the future; having strong feelings of anxiety and fear; withdrawing from activities they once enjoyed; talking about wanting to die or wanting their pain to end.

The term “suicide attempt” refers to an action taken by someone to end their life but who does not succeed as a result of their efforts.

Many Americans have considered suicide at some point in their lives with nearly 17% stating that they had thought about committing the act within the past year.

This statistic is particularly staggering when you consider that if someone were to attempt it, there are more than 2000 successful suicides every day which account for approximately one million fatalities each year. There are many factors involved in why this terrible trend may be happening.

There is a lot of controversy surrounding suicide and racism. However, not everyone agrees on whether or not these two things are related. Some people believe that there is no link between the risk of Suicide and race, while others feel very strongly about it and see evidence in their own lives.

According to the American Foundation of Suicide Prevention, women are more likely than men to have suicidal thoughts. However, men actually complete suicide at a higher rate.

Having A Mental Health Disorder

Mental health problems such as depression and anxiety. However, only 50% of people with mental illness complete suicides while the other half do not have any history or signs of it.

People from the LGBTQ+ Community

LGBTQ community is at an increased risk of suicide compared with the general population.  LGBTQ individuals face bullying, harassment, and discrimination.

Other factors may include –

However, there is not one single reason why someone would choose to take their own life. Risk factors do not always lead to suicide and people who experience these risk factors may never attempt the act. Veterans, individuals who live in rural areas, and employees in certain industries and occupations such as mining and construction have higher than average suicide rates.

Other elements might raise the risk of suicide or lower it.  Therefore, suicide is linked to a variety of other injuries and aggressions. People who have been subjected to violence, especially child abuse, bullying, or sexual assault, have a higher chance of suicide. Having access to family and social support as well as being near to medical care can help prevent suicidal thoughts and behaviors from occurring.

Warning Signs If Someone May Attempt Suicide 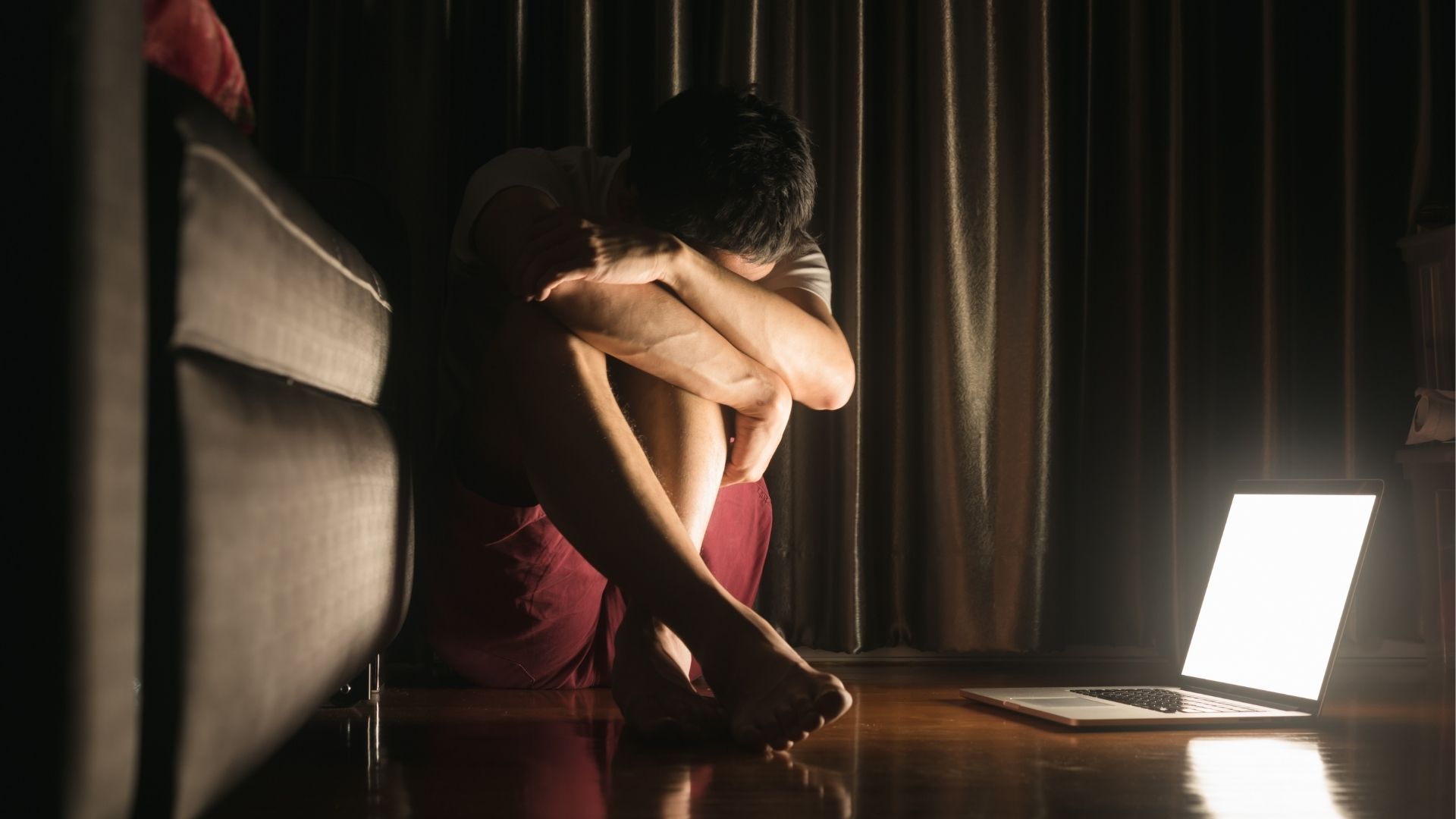 Because you can’t perceive what a person is feeling on the inside, it’s not always simple to tell when someone is thinking of committing suicide. Some outward warning signals that a person may be considering suicide include:

It can be frightening to act, but getting help for someone who is suicidal and preventing a suicide attempt or death might be beneficial.

Here are a few other warning signs of suicide:

Suicidal behaviors are a medical emergency. If you or someone close to you is considering any of the following, please seek immediate assistance from a doctor.

How To Talk To Someone Suicidal 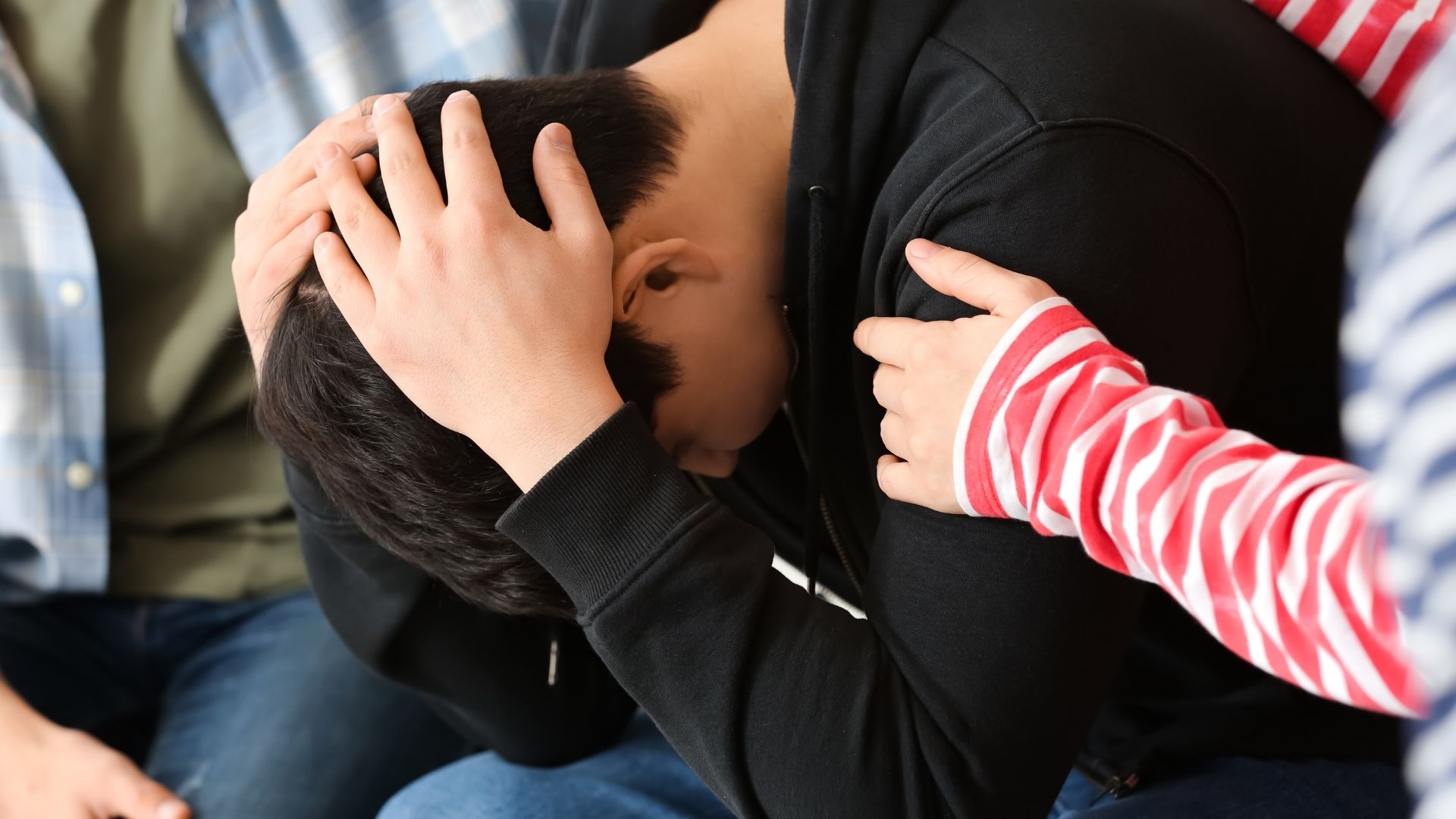 If you have concerns that a family member or friend may be thinking about suicide, talk to them about it. You may begin by asking questions in a non-judgmental and non-confrontational manner.

It’s perfectly fine to ask questions directly, such as “Are you thinking about suicide?” It’s also acceptable to express your feelings freely and without fear of being judged.

During the conversation, make sure you:

Make sure you don’t downplay their concerns or attempt to shame them into making a change. The greatest approach to assist them is to simply listen and demonstrate your support. You may also advise them to seek help from a professional.

Offer to accompany them to their first visit or assist them in locating a healthcare professional, make a phone call, or go with them to the appointment.

It can be frightening when someone you care about exhibits warning signs of suicide. However, if you’re in a position to assist, it’s critical to act. Starting a discussion to attempt to save a life is a worthwhile risk.

If you’re worried and don’t know what to do, contact a crisis or suicide prevention hotline for assistance.

Based on their symptoms, personal history, and family history, a health care provider may be able to determine whether someone is at high risk of suicide. They’ll want to know when the problems began and how often they occur. They’ll also inquire about any prior or current medical issues and hereditary disorders that run in the family.

They may use this information to determine possible causes for symptoms and which tests or other professionals will be required to establish a diagnosis. They’ll probably make evaluations of the individuals:

The treatment that someone receives will be determined by the underlying cause of their suicidal thoughts and actions. However, in many situations, therapy and medication are all that is needed. 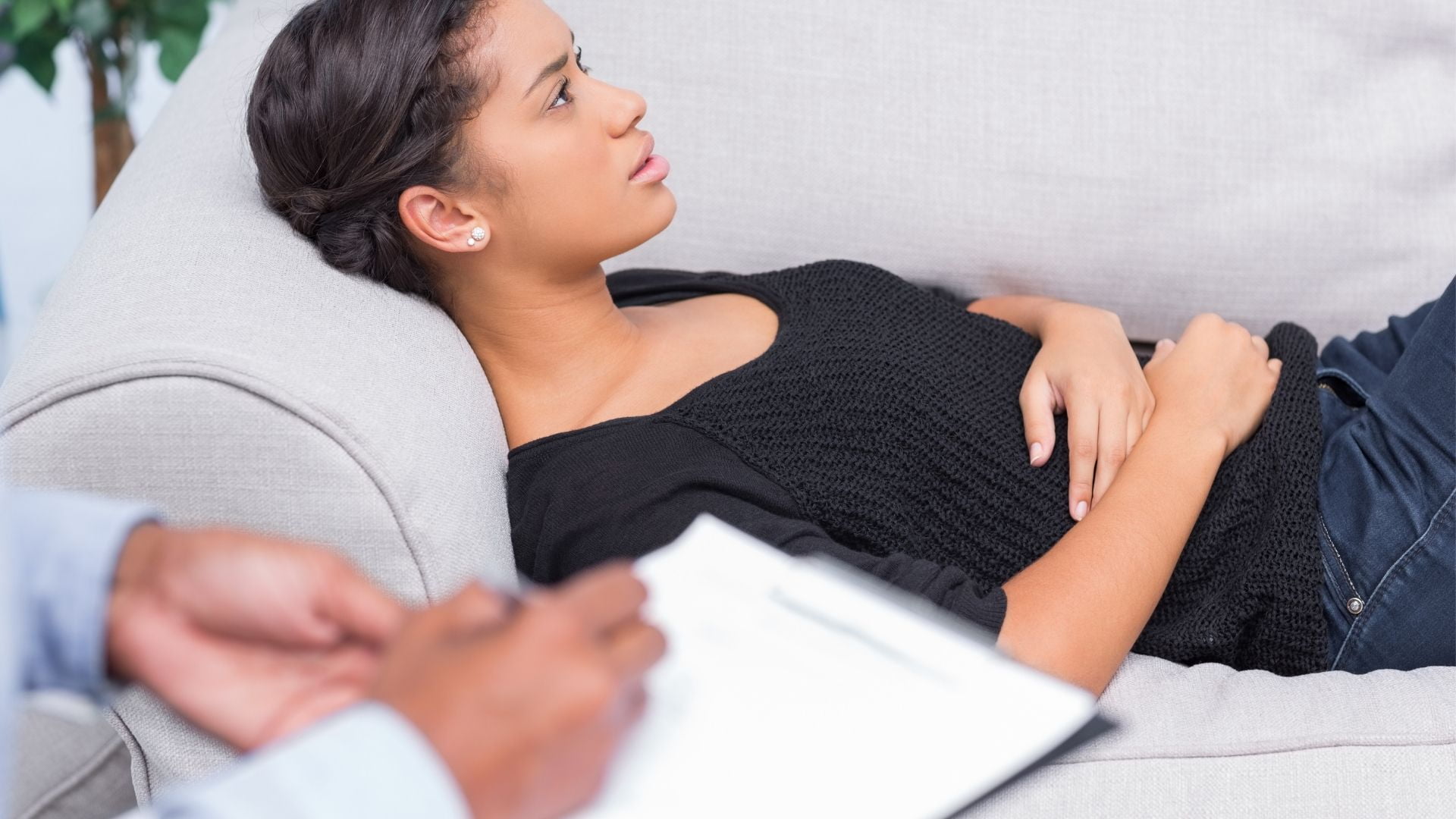 Therapy that uses words, also known as psychotherapy, is one of the most common types of treatment for decreasing the chance of suicide. Cognitive-behavioral therapy (CBT) is a type of conversion therapy that’s frequently used on individuals who are having suicidal thoughts. Its goal is to teach you how to deal with stressful life circumstances and feelings that may be fueling your suicidal thoughts and actions. CBT can also assist you in replacing negative ideas with constructive ones while helping you regain a sense of fulfillment and control in your life.

Dialectical behavioral therapy (DBT) is a similar technique that may be in use.

If talk therapy alone isn’t enough to lower the hazard, medication may be in use to relieve symptoms such as sadness and anxiety. Treating these issues can assist in the reduction or elimination of suicidal ideas.

One or more of the following types of medication could be in prescription:

Although there are no universally accepted suicide prevention programs, adopting certain healthy behaviors can sometimes assist in reducing the risk of suicide. These are some of them:

How To Prevent Suicidal Thoughts

Don’t be embarrassed if you’ve had suicidal thoughts or emotions. While some people may have suicidal ideas without intending to follow through, it is still critical to take action.

There are several things you can do to help prevent these ideas from recurring.

You should never try to deal with suicidal feelings on your own. Getting expert assistance and support from family members might make it simpler to overcome any difficulties that are triggering these emotions. Therefore, there are a lot of organizations and support groups out there that can assist you in coping with suicidal thoughts and recognizing that suicide isn’t the answer. The National Suicide Prevention Lifeline is an excellent resource. 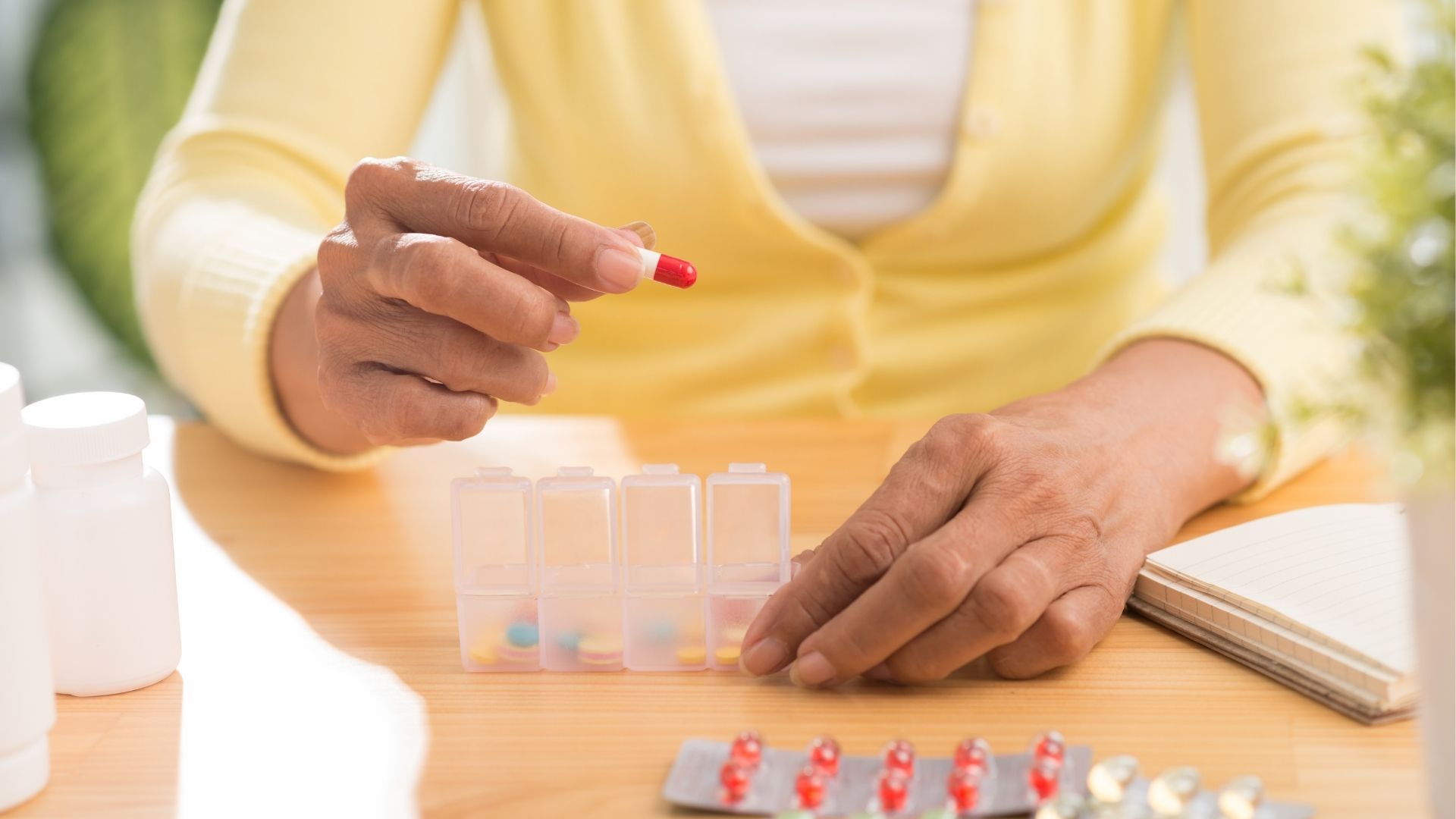 You should never change the amount or cease taking your drugs unless your doctor instructs you to do so. If you abruptly stop taking your medications, you risk experiencing a recurrence of suicidal thoughts and possible drug withdrawal symptoms. Therefore, switching to a different medication if you’re having undesirable effects from the one you’re currently on is a good idea.

It’s critical to keep track of all your therapy sessions and other appointments. The greatest approach to address suicidal ideas and behaviors is to stick with your treatment strategy.

Identify the triggers for your suicidal feelings by working with your healthcare provider or therapist. This will enable you to identify early warning signs and decide what actions to take ahead of time. It may also be useful to inform family members and friends about the warning signals so that they can watch out for you.

If you’re concerned that you might act on suicidal ideas, get rid of all weapons, knives, and powerful medicines.

The risk of suicide is a serious issue that affects many people. Therefore, it’s important to know the warning signs and how to get help if you or someone you love may be at risk for self-harm. When dealing with suicidal thoughts, it helps to have a list of coping strategies available. If you think your loved one might be considering suicide, encourage them to call their doctor or therapist right away so they can seek professional treatment without delay. Remember that there is always hope! With therapy and medication combined, anyone can overcome these feelings and live a happy life again someday.