Child abuse is a term that is in use to describe the mistreatment of children. Therefore, the definition of child abuse varies depending on who you ask. However, there are some general guidelines that most people agree upon. It could be physical abuse or emotional abuse. It could be sexual or other types of exploitation. Moreover, all these forms of maltreatment have one thing in common. They’re done by someone who should know better than to hurt a child in this way.

What Is Child Abuse?

It is a serious problem that should not be ignored. According to childhelp.org, “As many as one in four children nationwide will get abused before they turn 18.” This means there are millions of mistreated kids all around the country who need help from an adult.

More broadly defined as “A person responsible for the child’s welfare failed to exercise reasonable diligence in assuring provisions were made for the safety, protection, and physical and emotional well-being.” It can include neglect (i.e., withholding food), willful deprivation (i.e., locking up the money), refusal to provide needed health care) abandonment –  desertion of a child, persistent cruelty to others in the home), or violation of basic rights (i.e., physical confinement).

It can also include permitting drug use or alcohol abuse by another parent/caretaker when such conduct is likely to seriously endanger the health and welfare of the children).

It means failure on part of the responsible person for care, custody, and control to supply necessary food clothing shelter medical attention social services guidance protection, or reasonable demands made upon them by law.

This includes abandonment which refers generally to deserting an infant without identification with the intent that it shall not be found; desertion may also refer to leaving a dependent at risk through acts (or omission) placing it in danger; often used interchangeably with “.

Child abuse and neglect are when a parent or caregiver hurts their child in some way. This can include:

However, there are different types of child abuse, which fall into four major categories: physical abuse, sexual abuse, emotional abuse, and neglect. 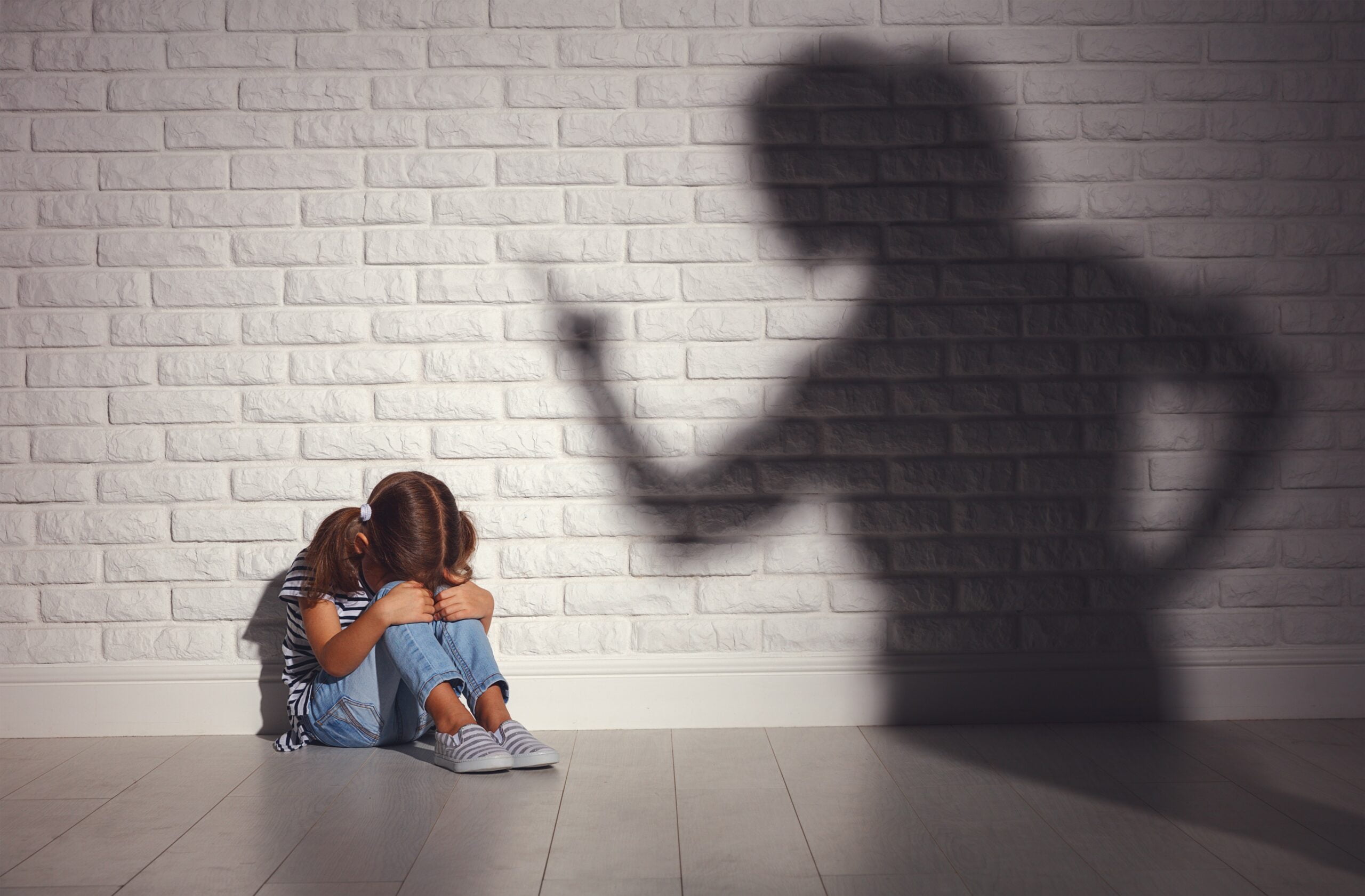 Child abuse happens in a variety of ways, and it’s all too common at the same time.

In many cases, child abuse is done by someone the kid knows and trusts, usually a parent or other family member.

A kid who is being abused might be feeling guilty, ashamed, or confused. He or she may be afraid to speak about the abuse. Especially if the abuser is a parent, close family member, or close friend. It’s critical to look for red flags such as:

Signs and symptoms of abuse can vary depending on the kind of abuse.  Therefore, keep in mind that warning signals are only indicators. A child may or may not be being abused based on the presence of warning signs. 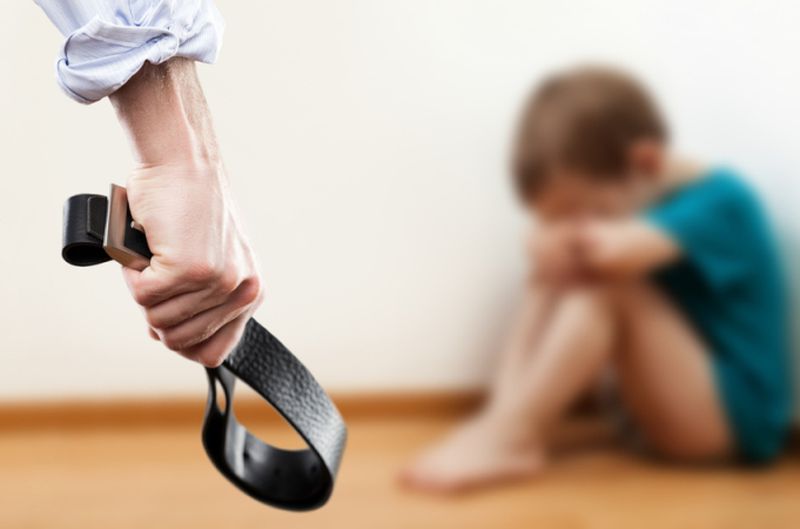 The signs for physical abuse include –

Symptoms of Sexual Abuse are –

The Emotional Abuse Signs are – 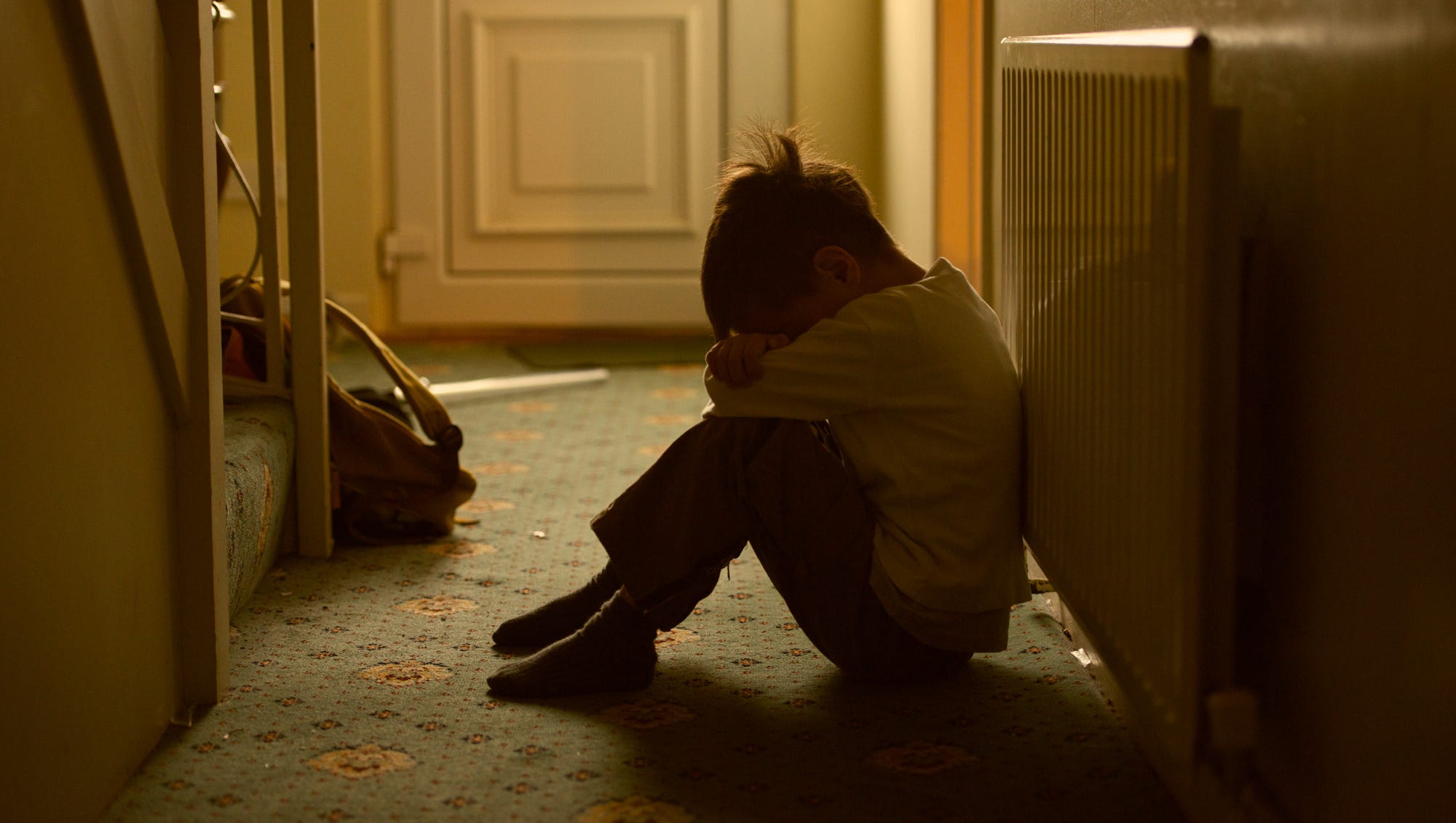 Signs of Neglect include –

A parent’s behavior or demeanor may occasionally indicate child abuse. Therefore, red flags include a parent who:

While the use of violence in any form is rejected by pediatricians. However, some parents still utilize corporal punishment, such as spanking, to control their children. Moreover, any type of physical punishment might leave emotional scars. Therefore, parenting methods cause pain, bodily harm, or emotional trauma.  Even if they are done in the name of discipline. However, this could be abusive. 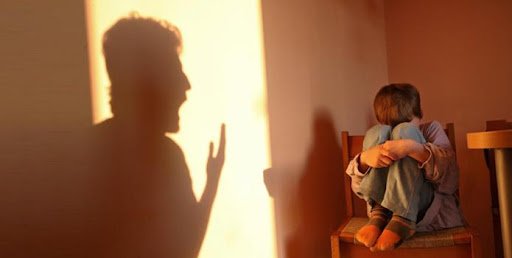 Abusive behavior may take many forms. However, the underlying common element is the emotional impact on the child. Whether it’s a slap, a critical word, stony silence, or uncertainty about dinner being served. The result is a child that feels insecure unwanted and abandoned.

Emotional abuse occurs when a youngster’s emotional, psychological, or social well-being and sense of worth are continually assailed. It might include a pattern of deriding, rejecting, condemning, discriminating against. This also includes demeaning, ignoring, isolating, corrupting, exploiting, and terrorizing a kid. It might stem from family violence or involvement in unlawful or anti-social activities.

Examples of emotional abuse include:

It can be caused by hitting, beating, kicking, shaking, biting, burning, or throwing a kid. However, physical abuse in the family might also be caused by excessive or unjustified punishment or violence.

Sexual abuse includes any conduct by an adult that sexually involves a child. While it may be carried out by a stranger.  Moreover, the vast majority of sexual abuse is committed by someone the victim knows and likes. It encompasses everything from touching for sexual gratification, cupping breasts, behinds, genitals, oral sex, intercourse, and an adult exposing themselves. Other examples include – 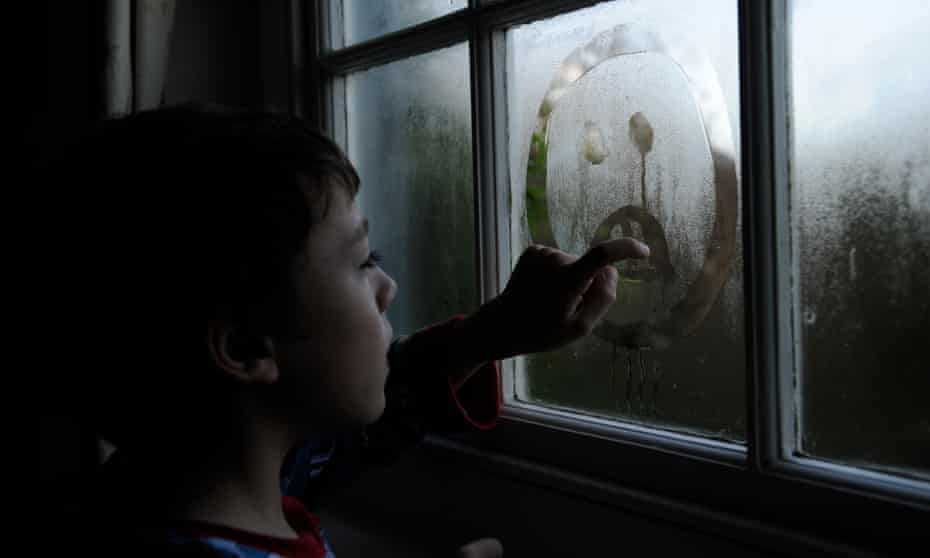 Neglect, which is a very prevalent form of child maltreatment. It is a set of neglect to meet the basic needs of a kid.  Therefore, these include- not enough food, clothing, hygiene, or supervision.

It’s not always simple to detect child neglect. A parent may become physically or mentally disabled. For example, as a result of a serious illness or injury, or untreated depression or anxiety. However, other times, alcohol or drug abuse might severely hinder judgment and the capacity to safeguard a kid.

Moreover, these factors that may increase a person’s risk of becoming abusive include: 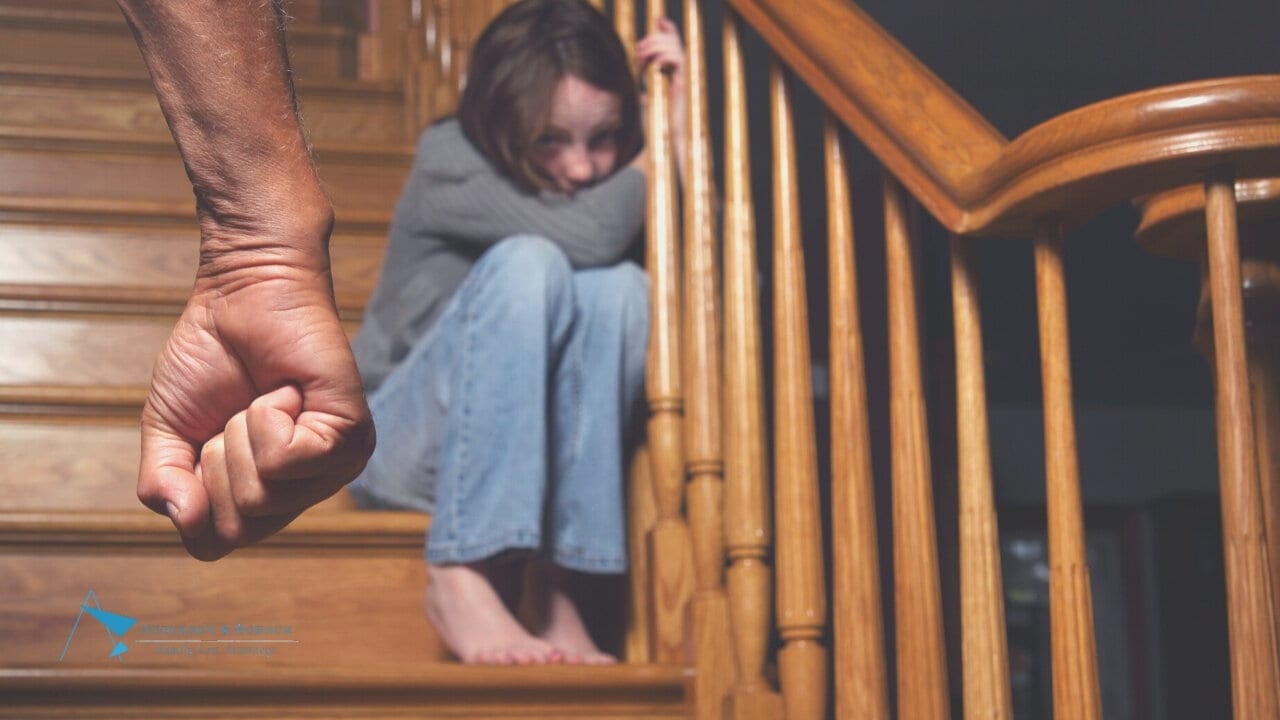 Some children overcome the physical and psychological effects of child abuse. Particularly those with strong social support and resiliency skills who can adapt and cope with bad experiences.  However, for others, child abuse may result in physical, behavioral, emotional, or mental health issues even years later.

Child Abuse can lead to several mental health issues, Therefore, these are –

How To Report Child Abuse 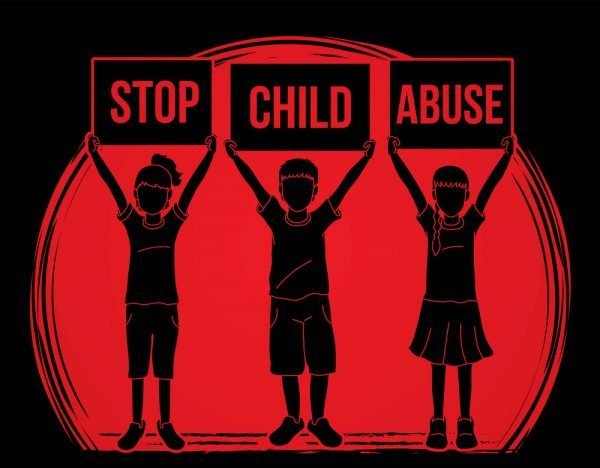 There are several things you can do to help prevent abuse from occurring or stop it early.

Firstly, do something personally to help: It is not simple to get involved at any time, especially when your worries are with family or friends. You may prevent something more severe by assisting or listening compassionately in the early phases. Therefore –

Secondly, look for community systemic support for the family: If you believe that you are unable to assist, you may contact Childline (1098) and discuss your concerns confidentially with a social worker. They’ll provide you with suggestions. Several other organizations can help children and families if needed. You can reach out to any of them.

Lastly, Contact CWC. If a kid requires support and assistance in terms of rescue, rehabilitation, shelter, education, counseling, legal aid, protection, transfer to a new home or safety. Call the Child Welfare police officer at once.

To Prevent Child Abuse, one should:

Hence, these are the tips that a parent should follow to prevent child abuse.

If you’re a parent, there’s no such thing as parenting perfectly. You can do your best and still make mistakes. It is important to remember the most important part of being a good parent is that we all want our children to be happy and feel loved. No matter what mistakes we might make along the way, it’s worth remembering that every day with them counts-even if they don’t know how much time they have left on this earth. So give them anything and everything they need while you still can; chances are, in some small or big way, their lives will change for the better because of it.”