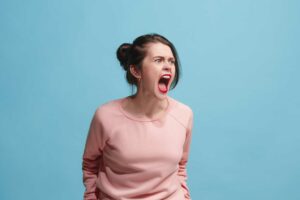 Do you find yourself getting angry or irritated for no discernable reason? You’re not alone. It turns out that 60% of Americans suffer from anger issues. That’s a whopping one in three people.

Unresolved conflicts, disappointments, and past injuries can all fuel anger until it is too big for a person to handle on their own. Your anger doesn’t have to be logical or justified. If you feel angry, then you are angry.

There are so many reasons why people get angry. If you want to know how can you control anger, then answer these questions:

After answering all the questions, what do you find most common in your answers?

Life is filled with triggers, both big and small. A trigger can be anything that makes you feel angry. Maybe it’s your spouse, child, or colleague. If you don’t know what triggers your anger, then try to figure out what triggered your most recent outburst of anger. What was the situation, who was there, and what were you doing?

Imagine if your anger could be triggered by anything. How would you feel? What would you do? Do you know how to recognize when you’re starting to feel angry? Maybe there are certain signs that tell you that it’s time to take some action before you get too angry. When did you last feel it? 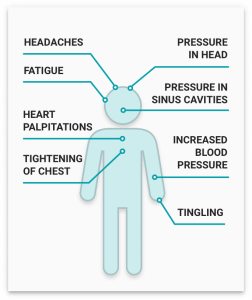 People who are not familiar with the concept of controlling their anger may lash out physically or verbally, act impulsively without thinking about what they’re doing, avoid situations that will cause them to feel angry, and try to escape the situation by running away.

Why Am I So Angry?

Anger is typically caused by the following things: 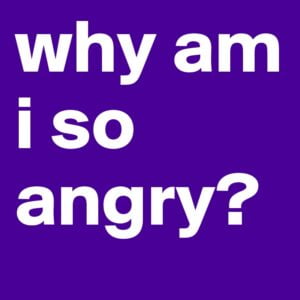 1) Stress causes anger in many people. When a person feels stressed, it may be hard for them to tell whether they are experiencing anger or just feeling anxious about what’s happening.

2) The body doesn’t always react in the same way across all situations. For example, some people might feel anger toward their dog for barking too much, but not feel angry at their child for crying.

3) It’s often difficult to tell whether a person feels anger toward others or themselves because there are many instances where both could be true. For example, if someone angers you, then you may become angry with them because they caused your feelings of anger. However, if you feel angry because you’re disappointed in yourself for not following through on a promise that you made to someone else, then it’s possible that your anger is really just directed at yourself.

4) Anger can result from envy or admiration towards others. Some people get angry when they see other people succeeding when they themselves are struggling.

5) Feeling out of control is another way that anger can be triggered. This includes when a person feels like their emotions are unstable or they feel helpless in the face of something they ordinarily would have more power over.

6) Anger may also occur because you’ve reached your breaking point and you’re simply tired of tolerating something.

7) Anger is sometimes the result of physical pain, like headaches or muscle soreness.

8) Some people get angry when they feel embarrassed. Either because they are frustrated that it happened in the first place or because other people were there to witness it.

9) People who struggle with perfectionism may become angry when they feel like other people aren’t meeting the same high standards that they are.

10) Some people might feel angry because someone else has hurt them and this is what primarily motivates their desire to get revenge, no matter how long it takes or what actions they have to take to act on that anger. 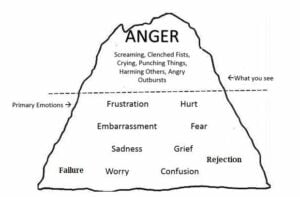 11) If you’ve had experiences in the past where you’ve felt like you were treated unfairly, then it’s likely that your feelings of anger may return if you encounter another situation like that one.

12) If someone feels threatened or they feel like their territory is being invaded, then this can trigger anger.

13) Some people get angry when they think about how they don’t have control over an outcome that they fear or hope for.

14) Unmet expectations can also be a cause of anger, especially if someone feels like their needs aren’t being considered by others.

15) Anger can arise from feeling hurt, even if the physical pain is minimal.

16) If someone doesn’t feel respected by other people, then this can cause them to get angry.

17) Anger may arise because of feeling disrespected or not listened to by others.

18) If someone feels like they are being treated unfairly by other people, then they might get frustrated and lose control over their anger.

19) It’s possible that you’re more likely to experience anger if you’re under the influence of drugs or alcohol.

20) Anger may arise when someone feels a lack of connection to others. This can include not feeling loved by other people, not being able to express yourself fully. And not being included in things that are going on with other people.

21) Some people have a more aggressive personality and they get angry when other people aren’t matching their energy levels.

22) It’s possible that you’re more likely to experience anger if you’re in a situation where there isn’t much going on or if you feel bored.

23) If something is happening to make you worry about the future. Then it’s common for anger to arise because you feel helpless or you want to do something about it immediately.

24) Some people get angry when they fear losing something, whether it’s a possession, a status symbol, or another type of social currency.

25) If someone believes that the only way that they will be taken seriously is if they become aggressive. Then this can trigger anger.

26) Anger might arise when you feel like you are being pressured to do something that you don’t want to do, whether it’s by someone else or because of expectations in your mind.

27) Some people get angry when they have a tendency towards perfectionism and another person is not meeting their standards.

28) People who live a stressful life may feel angry when they don’t feel like they have the emotional energy to deal with something.

29) If someone is experiencing sadness, then anger can arise as a secondary emotion if they aren’t expressing it directly or if their life situation is not allowing them to experience it fully.

When you are angry, it is hard to calm yourself. However, there are many things you can do to more effectively manage your anger without lashing out at the people around you. It’s important that you find a way to deal with your anger in a healthy manner. So it doesn’t lead to destructive behaviors or worse, hurt others.

The following are some of the most effective ways to manage your anger:

Anger management treatment is another option for those whose anger has become increasingly volatile leading to aggressive or violent behavior. Anger management therapy helps people recognize triggers that lead to extreme reactions as well as learn how to control their emotions.

Extreme anger can lead to other problems, such as depression, anxiety, and isolation. If you are constantly angry all the time without cause. It’s important that you seek help from a professional counselor or therapist because your anger could be related to an undiagnosed mental health disorder.

While no one wants to be angry, don’t be afraid to express your emotions. Find healthy ways to deal with them and remind yourself that anger is okay sometimes. But it’s never okay to hurt others.

Ways To Help Someone Who’s Is Angry All The Time 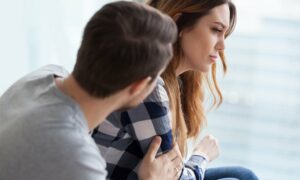 1. You can try to empathize with them because they’re probably feeling stressed, frustrated, or scared.

2. Look for opportunities to connect with them when they’re not feeling angry so you can show support while they work through their feelings.

3. Try not to take what they say personally while they are in the midst of an attack. Because emotions tend to make people say things that aren’t true or mean-spirited.

4. Listen without criticizing them or saying anything until they have said everything that they need to say.

5. Offer constructive support and/or advice by asking questions about their experience, such as “Can you tell me more about the situation?” or “How do you feel about it?”

6. Let them know that there are people who care for them and want the best for them.

7. Offer to go with them if they need anything or just feel safer when they are in the midst of an angry episode.

8. Express how you will be affected by their behavior. And let them know that it’s okay for them to have their feelings. But sometimes those feelings lead to actions that affect others. So it’s important to take care of themselves.

9. Remind them that they are not alone in this and teach them some anger management skills if you think they need them. 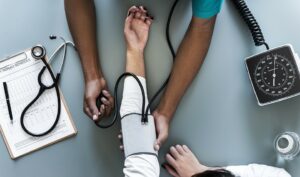 People who have never learned how to deal with their frustrations, stress, or life difficulties may become angry for no reason. When this happens for long periods of time, it can turn into a mental disorder called “chronic anger” or “irritable mood”. It is an ongoing state of feeling very angry without any specific reason. If you have chronic anger or irritability, it’s important to see a doctor. So they can help you find the source of your anger and treat it accordingly.

People who suffer chronic anger may develop other mental health disorders, such as anxiety or depression, which can make the symptoms of their disorder even worse. People with this condition also tend to isolate themselves. Because they feel like other people do not understand them or cannot relate to them. Constant feelings of irritation can be draining on the body, which can also affect your physical health.

We’ve all been there before. You can be in a good mood, and then suddenly you get an email from your boss or someone else at work that sets you off. And now you can barely think of anything but how mad they make you. It feels like no matter what happens, anger is always creeping back in to take over your emotions. If this sounds familiar, it may be time for some introspection on why am I so angry? The answers might surprise you. If you or someone you know are experiencing the signs and symptoms of extreme anger. Then worry not, we are here to help you out. Contact our team today and find out how you can treat it.