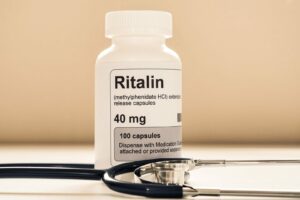 Ritalin is a psychotropic drug that was originally developed to help children who had Attention Deficit Hyperactivity Disorder. It has since been prescribed for numerous other purposes, including weight loss and the treatment of narcolepsy.

Although Ritalin is considered safe when it’s used according to directions from your physician or pharmacist, side effects are possible with any prescription drug. These may include nausea or vomiting; headaches; stomach pain or constipation; blurred vision or other changes in eyesight; mood swings, anxiety, nervousness, hyperactivity, and irritability.

In some cases, Ritalin may be habit-forming and can cause withdrawal symptoms when the medication is abruptly stopped. A doctor should be consulted if you’re experiencing any of these symptoms.

What Does It Do?

Ritalin is a prescription stimulant medication. It has a calming effect on children and adults who have ADHD and attention difficulties. When taken as prescribed by a doctor, it can help improve focus, concentration, and behavior.

Ritalin is a drug that’s prescribed to children and adults who have Attention Deficit Hyperactivity Disorder (ADHD) and other attention problems. It helps people with ADHD by increasing the amount of dopamine in the brain, which improves focus and behavior. When taken as prescribed by a doctor, Ritalin can be an effective treatment for ADHD.

How Does Ritalin Work? 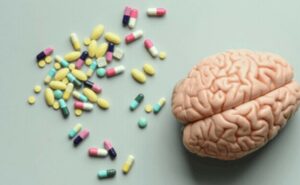 Ritalin is a stimulant that helps to improve focus and concentration. It works by increasing the levels of dopamine in the brain. Dopamine is a chemical that is responsible for transmitting signals between nerve cells. It is thought that increased levels of dopamine may help to improve symptoms of ADHD.

The medication acts on the central nervous system by causing an increase in blood pressure and heart rate, as well as drowsiness, dry mouth, dizziness, insomnia, headache, and tremors. The effects can last up to 12 hours after administration of a single dose.

How Do You Use Ritalin?

There are many ways to take Ritalin depending on how it is prescribed. Either can be taken as a pill, liquid, or injection. Sometimes, Ritalin is given in a time-release capsule, which means that the medication is released slowly into the body over time.

Ritalin is intended for oral use only. Do not break, crush or chew before swallowing the tablets. Also, follow your doctor’s directions closely for correct dosage information.

How long does it last?

The average daily dose of Ritalin is 20mg to 60mg per day given in three divided doses. The effects of Ritalin wear off within a few hours after taking it. A single dose can last up to 12 hours. It is also possible to feel it for longer, which is often the case if someone has an addiction.

Ritalin is a medication that is used to treat Attention Deficit Hyperactivity Disorder (ADHD). It is a stimulant that helps to improve focus and concentration. Ritalin can be helpful in improving academic performance, especially when used in combination with other interventions, such as behavioral therapy. Ritalin may also be prescribed for people who have narcolepsy, a disorder that causes excessive daytime sleepiness.

Ritalin should not be taken if you have a history of heart disease, high blood pressure, thyroid problems, glaucoma, or anxiety and depression. It’s also important to tell your doctor if you’re pregnant, trying to become pregnant, breastfeeding, or have any other medical conditions.

Ritalin can be habit-forming, so it’s important to take it as prescribed by a doctor. abruptly stopping the medication can cause withdrawal symptoms.

If you are struggling with addiction to prescription drugs like Ritalin, there is help available. Contact your doctor or seek out a treatment center that specializes in drug addiction.

Ritalin can cause side effects such as a decrease in appetite, difficulty sleeping, headaches, and stomach aches. It’s also possible to become addicted to Ritalin if it’s taken for an extended period of time without a doctor’s supervision.

The most common side effects of Ritalin include: 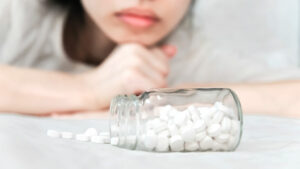 It’s important to speak with your doctor if you’re experiencing any of these side effects. 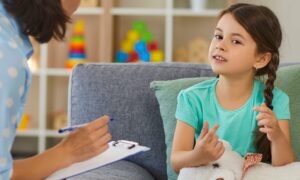 Ritalin is a medicine that helps to treat ADHD. It is a stimulant that can help you focus. Ritalin may also be prescribed for people who have narcolepsy, which makes them sleepy during the day. Children can take Ritalin if they meet certain conditions or are supervised by adults.

Side Effects of Ritalin for children?

The side effects of Ritalin can vary depending on the person and the dosage. For children, common side effects may include:

Some other common side effects of Ritalin are less serious. These may include upset stomach, headache, sleep issues, nausea, vomiting, diarrhea, weight loss, or dry mouth. And if these side effects continue, contact your doctor.

In rare cases, Ritalin may lead to more serious side effects such as heart problems or high blood pressure that is severe. These symptoms include chest pain, sudden numbness or weakness of the face and extremities, difficulty breathing, increased heart rate, and blood pressure. If you experience any of these symptoms, stop taking Ritalin and contact your doctor immediately.

How Is Ritalin Therapy Started?

Ritalin therapy usually starts by taking a low dose of the medication and gradually increasing the dose as needed. This allows your doctor to monitor your symptoms and find the best dosage for you. Some people may need to take a higher dose of Ritalin to achieve the desired effects, while others may only need a lower dose. It is important to follow your doctor’s instructions when taking Ritalin.

Can You Overdose On Ritalin?

Yes, it is possible to overdose on Ritalin. Symptoms of an overdose may include: 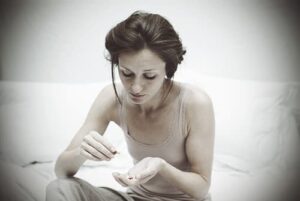 If you or someone you know has overdosed on Ritalin, seek emergency medical help immediately.​

There are several alternatives to Ritalin that can help treat ADHD. These include:

Who Is Ineligible For Ritalin? 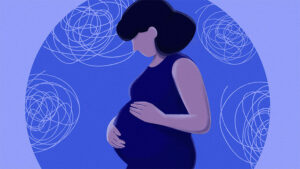 If you have a history of heart disease, high blood pressure, thyroid problems, glaucoma, nervousness, anxiety or depression, or other psychiatric disorders, you should let your physician know before taking Ritalin.

It’s also important to tell your doctor if you have any allergies (especially to food and medicines), are pregnant, trying to become pregnant, are breastfeeding, or plan to breastfeed.

Ritalin is a prescription medicine that can help people with Attention Deficit Hyperactivity Disorder (ADHD) or narcolepsy. It’s also helpful for weight loss and to treat depression, chronic fatigue syndrome, and some types of pain. People may misuse this medication because it makes the user feel happy and more confident. There are other medications available as well as behavioral therapy options if you think your child might have ADHD issues. Speak to a doctor about treatment before Ritalin becomes an issue in your home life. So if you are looking for more information on Ritalin, contact our team today.