“Am I lazy?” is a question that many people ask themselves. It’s not an easy answer to find, but the truth is that you should work harder than ever before if you want to accomplish your goals. In this article, we will explore what it means to be lazy and why you need to work harder to achieve success. 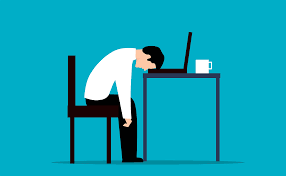 Laziness is not the same as taking a break. Human beings need to take a break from work or school. They need to do nothing for a few minutes. But they also need to do things. If they are lazy, it’s bad because they don’t even try. Laziness means that you don’t want to work. You may feel tiresome of your job or not like what you need to do. Laziness isn’t good for you or your family. 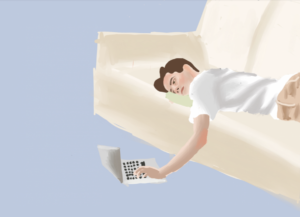 There can be plenty of  reasons, such as:

How To Know if I am Lazy? 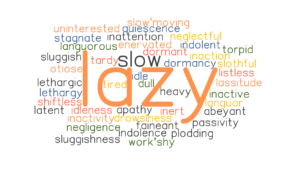 Are you asking yourself “am I lazy” because you’re feeling unmotivated? Do you have a feeling of  overwhelm by all the work that you need to do? Are negative thoughts preventing you from getting anything done at all?

If so, then it’s time for a change. Learning how to overcome laziness is important if success is what want in your life. It will take hard work and dedication but several ways can help lead towards improvement:

Procrastinating on your goals leaves you feeling guilty and stressed out which leads to even worse self-esteem issues. It’s important for success so take up the challenge! Don’t be lazy. You might just surprise yourself with what you’re capable of achieving when putting in the hard work necessary.

Why You Need To Stop Being Lazy? 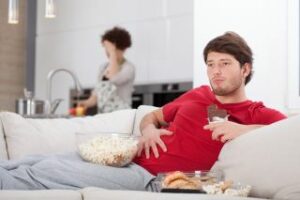 If your life is a mess, it’s because you’re lazy. You don’t want to take care of your responsibilities and that causes more stress. When you are lazy, everything piles up. You can’t do anything right and it feels like the world is against you.

Laziness is a habit that can be put on pause with some effort on your part. It will require time, dedication, and patience but it can be done. You need to find out what is causing your laziness in the first place. Once you know that, it will be easier for you to fight against it.

How To Stop Being Lazy? 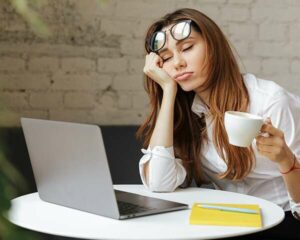 There are different ways to stop being lazy:

Laziness can be a very bad habit if it’s not dealt with. Be careful because laziness is sneaky and once you are caught up in its trap it will take over your life until there’s nothing left but chaos everywhere. Don’t let this happen to you, make sure that you are always on top of things instead of letting them overwhelm you. We hope these tips will help you out in some way or another. Remember, laziness is not unbeatable but it does take hard work and dedication to overcome it. Don’t give up on yourself because you can do it! Just keep trying until you find something that works for you and stick with it. Good luck!

Consequences Of Being Lazy 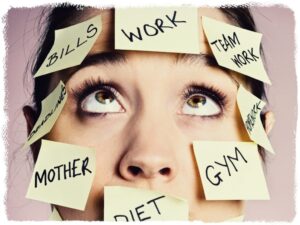 Laziness is a lack in motivation, not wanting to do something that you should be doing. This means that you do less than someone else would do. What are the consequences of being lazy? How does it affect us if we continue this habit over our lifetime?

Laziness is a bad habit and it can truly affect our lives if we do not find ways to work past it. We wish you good luck on this journey! It may take some time but you’ll feel so much better after breaking the laziness routine! You got this!!

Laziness is a very common disorder that can occur in our everyday lives. There are different disorders related to laziness such as:

These are just a few disorders that can be related to laziness. If you think that you or someone you know may have one of these disorders, please seek help from a professional. Breaking the habit of laziness will be difficult but it’s not impossible! You can do it.

The simple answer to the question “Am I lazy?” is that it depends on how you define laziness. If, like most people, you think of laziness as someone who doesn’t do much in their life and always complains about their lack of motivation – then yes, probably. But if instead, your definition includes someone who has a hard time motivating themselves to take action or be productive because they feel tiresome or depressed for whatever reason – then no, not necessarily so. Lately, there’s been an ongoing debate among researchers over whether chronic fatigue syndrome (CFS) should be considered a mental illness rather than just physical symptoms stemming from having another condition such as Lyme disease or cancer. One study found that when given cognitive tests, people with CFS scored lower than those who had major depression.