What Is Paroxetine (Paxil)? 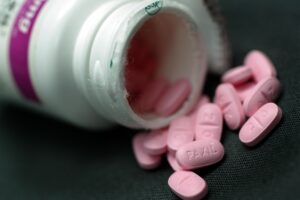 Paroxetine (Paxil) is a drug that is used to treat depression and anxiety disorders. It belongs to a group of drugs known as Selective Serotonin Reuptake Inhibitors (SSRIs) and it works by increasing the amount of serotonin available in the brain. This medication has been on the market since 1993 and has been taken by more than sixty million people worldwide. Paxil can be prescribed for adults and teenagers who suffer from major depression, obsessive-compulsive disorder, panic disorders, social anxiety disorder, and generalized anxiety disorder.

The drug has been reported to have severe side effects such as suicidal thoughts, birth defects in newborns whose mothers had taken the medication during pregnancy, increased risk of heart attacks or stroke, various types of changes in mood (most often aggression), irritability, anxiety, impulsivity or hostility. Some of these symptoms can last for months after the patient stops taking the medication. Because of this, it is very important to closely monitor patients who take Paxil and report any changes in mood immediately to their doctor.

How Does Paxil (Paroxetine) Work?

Normally, the chemical serotonin is transported from one nerve cell to another by a small gap called a synapse. When this process goes wrong it leads to anxiety and depression. Paroxetine works by slowing this process down which helps replenish the supply of serotonin in the brain, giving you relief from your symptoms.

What Diseases Does Paroxetine (Paxil) Treat? 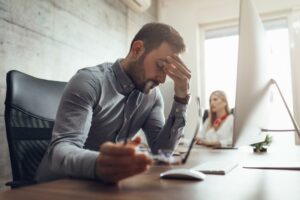 The drug is used to treat major-

How Is Paroxetine (Paxil) Taken?

Paroxetine can be taken with or without food. Symptoms begin to improve within a few weeks of treatment but it may take several weeks or months before you feel fully better. You should keep taking your medication even if you do not feel any improvement.

The usual treatment is a daily dose of 20mg to 40mg taken once a day, or less for elderly people. Your doctor may increase your dose up to 60mg per day depending on how well it works for you. Don’t stop taking Paxil suddenly as this can cause unwanted symptoms.

The medication comes in tablet form, or a patient may take it as an injection every month. If you are taking Paxil CR capsules, then sprinkle the contents onto a small amount of soft food that the patient can swallow without chewing, such as yogurt or apple sauce.

Side Effects Of Paroxetine 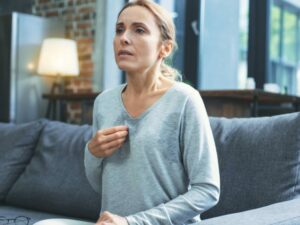 Paroxetine side effects are common but typically last only for the first two to four weeks of treatment. Side effects may include:

How To Take Medication Properly?

To take Paxil properly, you should:

Monitoring Your Mood When On The Drug

Monitoring your mood while you’re on the drug is a good idea. Some people take Paxil to gain weight, while others lose weight. If you notice a change in your mood, you should monitor it closely to see if it becomes worse. That is to regularly monitor effectiveness and any side effects that may stop the treatment.

Paxil can be a great medication for depressive symptoms. But the patient should only take it under the supervision of a qualified doctor to eliminate all other possible causes.

How To Stop Treatment With Paxil Properly?

If you decide that you want to stop taking this medication, it is very important that you consult with your doctor first. Your doctor can help you gradually reduce the dose so that you do not experience any withdrawal symptoms. Abruptly stopping treatment with Paxil can cause withdrawal symptoms that may be severe and include nausea, vomiting, dizziness, sleep problems, anxiety, and confusion.

It is important to seek immediate medical care if you believe you have overdosed on Paroxetine. Symptoms of overdose include nausea, vomiting, confusion, muscle twitching, and fainting. If you experience any of these symptoms it is important to get emergency medical attention right away.

Why Be Careful About Stopping Treatment? 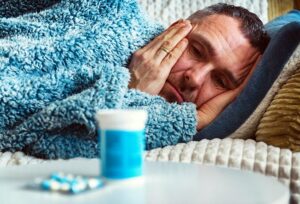 It is very important not to stop taking Paroxetine abruptly. If you decide to stop taking the medication, there is a risk of unpleasant and sometimes life-threatening withdrawal symptoms. These include nausea, vomiting, dizziness, sleep problems, and anxiety. You should never reduce your dose without talking to your doctor first and seeking medical advice before stopping treatment. You should always take Paroxetine or any of the medications your doctor prescribes exactly as directed by your doctor.

Paxil is a medicine that is not suitable for everyone. Here are some warnings and precautions for the use of medicine-

Pregnant women should not take Paroxetine (Paxil) under any circumstances. The medication can cause birth defects that lead to a variety of impairments including problems with the brain, skull, or face as well as other organs within the body. In some cases, these birth defects may not be recognized at birth and will only be apparent as the child develops. Whereas in other cases, the symptoms will not appear until four to six weeks after birth.

In many cases, these birth defects cause mental retardation, impaired motor skills, and communication problems. Some patients have been born with a cleft palate which is a split or opening in the roof of the mouth. Paroxetine (Paxil) can also lead to heart defects, urinary tract abnormalities, and problems with the anus. 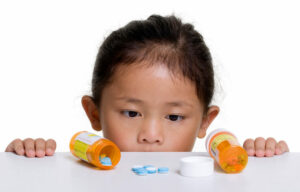 The medication is not safe for use by children under six years of age. However, some reports show that serious side effects may occur in young children who were exposed to Paxil while in the womb. In some cases, these children displayed side effects that included persistent pulmonary hypertension of the newborn (PPHN), a condition where there is high blood pressure in the artery leading from the heart to the lungs and back to the heart. Symptoms include blue tinting around the mouth and fingertips, irritability, and strange breathing patterns. When this condition is left untreated, death can result.

Paxil (Paroxetine) has also been found to be dangerous for those who are over sixty-five years old. There have been many cases of older patients suffering from a higher risk of bone fractures and increased water retention which puts them at an increased risk for developing congestive heart failure.

Paxil has also been linked to an increased risk of pancreatitis in some patients and the Food and Drug Administration (FDA) has issued a warning about this potential side effect. In April 2011, the FDA warned that Paxil might cause suicidal thoughts or behavior in teenagers and children who take the drug. The agency also increased the risk for this side effect in adults who are over the age of 24.

If you’re looking for a drug that can help reduce the symptoms of depression, Paxil is an excellent choice. It’s important to be careful about taking it and not abruptly stop treatment without consulting your doctor first. If you are experiencing any side effects or changes in mood while taking Paroxetine, speak with your doctor as soon as possible before they become worse. If you’re looking for a way to deal with your symptoms of depression, Paroxetine is an excellent choice.