Bulimia is when people eat a lot and then try to make up for it by making themselves throw up. A person can tell if they have bulimia if they go through periods of binge eating and the periods where they force themselves to vomit or take laxatives or diuretics to lose weight. They might also be obsessed with their weight and always checking in the mirror to see how their body looks. Bulimia Test is an important step forward for people who have had trouble knowing if they are bulimic or not. It’s never too late to seek treatment for this disorder.

Bulimia is an eating disorder characterized by periods of binge eating followed by compensatory behaviors, such as purging via self-induced vomiting or misuse of laxatives, in order to undo or compensate for the effects of binge eating. Physiological complications are frequently observed in patients with bulimia, especially in those who purge after binging.

Bulimia has the following symptoms- 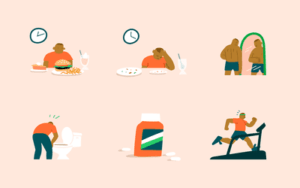 Bulimia Test is a new, revolutionary test that will help you know if you are bulimic. The test will gauge your level of leanness and protein consumption, as well as your hormones. This test can also indicate whether you’re eating too much or not eating enough.

1. I have irresistible impulses to eat large amounts of food, which I consume within minutes.

2. I feel that eating, even when I’m hungry, totally dominates my life.

3. My eating behavior is not a means of dealing with emotional pain.

4. I eat until my stomach is uncomfortably full, and feel disgusted at myself for having eaten so much.

5. My eating behavior causes worry about what will happen to my physical health if I keep going on the way I have been as well as feelings of disgust, shame, and remorse.

6. I am unhappy with my current weight or shape, and wish to be thinner.

8. I am often aware of the point in a binge episode when I can no longer control what is happening.

9. My fear of gaining weight is causing me to lose some of my contact with important people in my life.

10. I am having trouble keeping up with work, school, or other daily activities because of the amount of time I spend eating and worrying about food.

Who Should Take Bulimia Test? 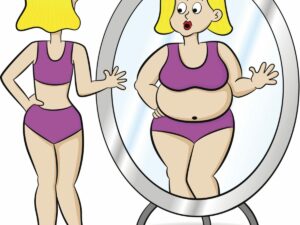 I think that anyone with eating tendencies that are assessed as abnormal or “disordered” should take the bulimia test. The test is very informative and takes about 15 minutes to complete. It provides great details on what types of questions to ask yourself, how often these eating behaviors occur, and the consequences of the behaviors. Eating disorders are very dangerous and can lead to other health problems, so it’s important to get help immediately. The bulimia test is a good first step in taking control of your eating habits.

The results of the bulimia test will give detailed explanations about how you did on the test. For instance, you may be normal or slightly above average in your eating behavior. This information will help you decide how to change your eating habits and whether or not it’s time to seek professional help.

Eating disorders are serious mental illnesses. Bulimia comes from a complex network of causes and it’s important to remember that eating disorders aren’t always caused by things like being “too fat” or having “poor self-esteem”. These factors might contribute to some people, but they aren’t the only cause of eating disorders, and saying otherwise can be really damaging to people who have eating disorders.

There are a lot of causes for bulimia. It’s important to remember that bulimia is complicated and can be caused by a lot of factors

There are a lot of causes for bulimia. It’s important to remember that bulimia is complicated and can be caused by a lot of factors.

People who have bulimia may come from all different backgrounds and it’s important to remember that, while there are a lot of causes for bulimia, this is not anyone’s fault.

In addition to these things, people who have an eating disorder might feel controlled when it comes to food in order to soothe themselves in moments where they’re feeling anxious or stressed out. This can be a side effect of having an eating disorder.

Treatment for bulimia can come in many different forms. It’s important to remember that everyone is different and what works for one person might not work for another. It’s important for people who think they might have bulimia to see a doctor. 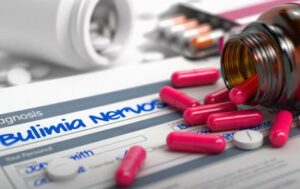 It’s important to remember that recovery from bulimia is not easy and it takes time. The most important thing is to take things one day at a time and try to focus on being healthy in all ways, not just eating-wise.

The Importance of Getting Treatment for Bulimia as Soon as Possible is important to remember that there are always warning signs. The sooner you get help, the easier your recovery will be. If you’re not sure if you have bulimia, just take this test and it will let you know how likely it is that you do. Going to see a doctor and getting help right away is the best thing you can do for yourself and your health.

If someone you know has bulimia and wants to get better, it’s important to be there for them and support them through the process. They might need your help in order to reach out for help or they might want you to go with them to therapy or to doctor appointments.

How Long Does It Take To Recover From Bulimia?

It really depends on how long someone has had bulimia and how much they have been eating to make themselves throw up. Recovery can take a lot of time, so it’s important for people with bulimia to be patient with themselves. Remember that this is a serious disorder and you need support in order to recover. It’s never too late to get help.

While everyone’s recovery is different, it usually takes about 3 to 5 years for someone with bulimia to fully recover. This can be especially difficult if someone does not have a good support system, but it is possible to get better from this disorder. It’s important to remember that people with bulimia are not doing this to try and hurt the people who love them or make other people feel uncomfortable. They might be suffering from a lot of emotional pain, but it is possible to recover.

It can be scary and difficult, but being there for someone you love might help them get through something that seems impossible. Unfortunately, you cannot “fix” them or the eating disorder – they have to want to recover for themselves, which can be really hard when someone has an eating disorder because it is so much a part of their life. However, it’s important to remember that your support will mean the world to someone who is struggling with bulimia. Sometimes just having one person believe in them can really help someone recover.

How To Help Someone With Bulimia? 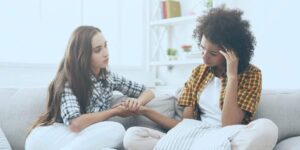 The most important thing you can do for someone who has bulimia or wants to recover is to offer support and empathy. Recovery from bulimia is possible, but it takes a lot of work and time. It’s important not to rush someone or pressure them into recovery because this might make things worse for them. There are many treatments available for someone with bulimia, but there is no “magic bullet” for solving the disorder. Everyone’s recovery process is different and unique to them, so it’s important to respect that when someone says they’re ready to recover or say they’re not yet ready.

If someone you know has an eating disorder, it’s important to practice empathy. Don’t judge, don’t pressure them to eat, don’t tell them they need help. Instead, offer support and be there for them when they’re ready to talk or ask for help.

It’s important to remember that eating disorders are not easy things to recover from and the process is different for everyone. Sometimes people with bulimia might relapse and that’s okay. Recovery is a process, not a one-time thing.

If you’re taking the bulimia test and want to know how you did, you can find out by reading your results. If you scored in a healthy range on the test (i.e., normal or slightly above average), then it’s time to make changes with your eating habits and monitor yourself for signs of anorexia nervosa which is more difficult to detect than bulimia because there may not be any outward symptoms at first. It’s also important that if you notice any physical effects from Bulimia such as dental enamel loss, discolorations on hands/feet, stomach problems, fatigue, electrolyte abnormalities, dehydration, and reduction of heart function – get help immediately before they become serious consequences like increased risk of organ damage, anemia, and bone loss. If you think you may have Bulimia Nervosa, take the test and seek professional help immediately.