The Minnesota multiphasic personality inventory is a psychological test that came into existence in the late 1930s by Dr. Hathaway and Dr. McKinley. The purpose of this test, which people still use today, was to identify mental illnesses and measure their severity, as well as to screen out unfit applicants for military service. This article will discuss some of the history and uses of this important tool.”

What is Minnesota Multiphasic Personality Inventory? 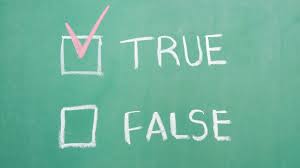 The MMPI is a test that you take to find out about your personality and whether you have any problems. The test aims to see if someone might have mental health issues or something else.

Many people use MMPI. You can take it, but it will have lots of questions. The newer one has fewer questions, but it is newer. The MMPI-2 is the more popular test because it has been around for a long time and psychologists know it. The MMPI-2-RF is newer and takes less time, but not many psychologists use it because they know the MMPI-2.

The Minnesota Multiphasic Personality Inventory is a test that psychologists give. Only trained people are able to do it. Nobody can find this test on the internet. Psychological testing usually begins with a meeting with the psychologist. One cannot do it on computers. After the computer reads the test, the psychologist writes a report that says what is wrong with you.

What Does the MMPI-2 Test?

Psychiatrists design MMPI-2 with 10 clinical scales which assess 10 major categories of abnormal human behavior, and four validity scales, which assess the person’s general test-taking attitude and whether they answered the items on the test in a truthful and accurate manner.

10 Clinical Subscales of the MMPI-2

The MMPI-2 consists of 10 clinical subscales. These are the result of answering certain questions on the test in a specific way.

Hypochondriasis is a scale that has many different complaints about the body. Some people complain about their abdomen and back. They also have pain in their face which does not go away when you get a test done. This scale has 32 items. It measures how sick a person is. There are two kinds of sicknesses: poor physical health and gastrointestinal difficulties.

The Depression Scale measures how much someone is feeling bad. It has 57 questions and is broken into 4 parts: poor morale, mood, interest in things, and suicidal ideation.

The Psychopathic Deviate scale measures how people are not adjusted to society and what type of experiences they have. The items on this scale are complaints about family, authority figures, self-alienation, social alienation, or boredom. There are 50 items on the scale.

The Masculinity/Femininity scale measures the differences in what people do and like. It measures how people act. There are 56 items.

The Paranoia scale is for people who are sensitive to other people and who think that they are good. They can be suspicious, too. Some items on this scale are clearly psychotic thoughts. This scale has 40 items.

The Psychasthenia scale is a test that can tell if someone has trouble not doing something, even if it is bad. People once called this problem “psychasthenic,” but now we call it OCD. It is when someone has obsessive-compulsive thoughts or behaviors. This rating scale can be used to measure people who have worries, self-criticisms, and problems with concentration. The rating scale has 48 items.

The Schizophrenia scale measures bizarre thoughts, peculiar perceptions, social isolation, problems in relationships with family members and friends, difficulty concentrating and controlling impulses, lack of deep interest in anything, and the disturbing question of self-worth. It also measures sexual problems. There are 78 questions on this test. More than any other test you will take.

The Hypomania scale is a way to measure how excited someone is. It measures people who are happy and shaky. The scale was made to measure overactivity, grandiosity, irritability, and egocentricity. There are 46 items on the scale.

The Social Introversion scale measures how much a person likes to be around people. A social introvert is someone who is uncomfortable in social interactions, and they try to avoid them. This scale has 69 items. People may have limited social skills or prefer to be alone.

There are more than 10 scales on the MMPI-2. These are the ten that people use most often.

The MMPI-2 is not a good measure of how people are if they don’t answer the questions honestly. Some people might overreport or underreport the behavior that is being assessed by the test. 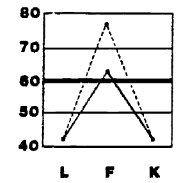 The MMPI Lie scale is a test to know if someone is lying. The person might be trying to avoid the questions. The scale measures attitudes and practices that are good. Most people don’t do them, but they’re great. The people who make these things are often trying to look better than they really are. This scale has 15 items.

If a person randomly fills out the test, they will get an F. It is a book with many different thoughts, feelings, and beliefs. If a person gets too many F and Fb scale items wrong, the test will not count. F Scale items are not just at the beginning of the test. There are 60 items in total on the F scale.

The Back F scale is the same as the F scale, but it counts during the last half of the test. The scale has 40 items.

The K scale is used to see if someone has a disease. It helps them take care of the person who might not be healthy. The self-control scale measures how well you can control your emotions and thoughts. It also measures your family and social relationships. If you score high, then people see you as being good at controlling your emotions and thoughts. The scale has 30 items on it.

There are other scales that you can do. They were developed by people who were not at the test. The person who is doing the test might send those in as well. This article tells you about the scales used for the MMPI-2.

After you take the MMPI-2, the psychologist will make an interpretation. Scores are converted to numbers on a scale from 30 to 120. The “normal” range of T scores is 50-65. Anything above 65 is not good. Anything below 50 is not bad.

There are a lot of different types of people with a set of standard clinical profiles. Those profiles are called code types. A code type is when two scales have high T scores. Sometimes one scale is higher than the other. A person might have a 2-3 code type. This means the person has become depressed. They are not happy and they are not active. Sometimes that person has physical complaints too.

There are many types of codes that doctors know. You can also have a T score that is an impulsive, rebellious person who has problems with authority figures. People with little or no psychopathology or personality concerns will not reach significance for any particular codetype. Most people with mental health or personality issues will have only one codetype.

A score can be different for different people. It depends on the person you are. For example, we might expect a higher score in Hypomania (a measure of energy levels) in a teen, but it might be more unusual to see such a score in an old person. Ideally, the MMPI-2 is being administered as part of a test. It can help you find if you are telling the truth or not.

People comment on the questions on the MMPI. They do not seem to make sense. When you do not have mental health problems, the questions will not show it. This is because they are not there to measure them. The items were found in old textbooks.

For an item to appear on a specific scale, it had to be answered differently by the people who responded. For example, the researchers looked at 50 people who are hypochondriacs. They had to compare this group with a group of people who did not have psychiatric problems. They were like normal people, and they served as a reference group. This psychological test was made for people that were not taking medicine and who had friends or relatives in the hospital.

The MMPI-2 is an updated version of the MMPI. Items were reworded so they would be easier to understand. Other items were removed because they didn’t work on people well anymore. The new items better predicted if someone was mentally ill than the old ones did. It was made for 2,600 people from 7 different states and it reflects the U.S., but not too much of it because it has to be for all people in America, not just one group of people who are most like each other. The MMPI-2 is the same as the MMPI. The test is administered the same way and it has clinical scales and validity scales.

The Minnesota Multiphasic Personality Inventory (MMPI) is one of the most widely used psychological tests in the world, and it can be administered to people aged 18 or older. It was originally developed by Dr. Starke Hathaway and J. C. McKinley for use with World War II veterans who were too traumatized to communicate verbally about their experiences during combat; they wanted a way to understand how these men might have been affected psychologically without having them talk at all. The MMPI-2 is currently undergoing revisions that will refine its diagnostic accuracy while also making it easier for clinicians to administer than ever before, so if you’re using an old version of the test then now would be a good time to update your materials!