Depression is a mental illness that affects millions of people all around the world. It can be caused by many different things, including genetics, life changes, and chemical imbalances in the brain. One of the most well-known chemicals involved in depression is serotonin. In this blog post, we will discuss the link between serotonin and depression and how they both affect each other. We will also explore some treatment options for depression that involve increasing serotonin levels in the brain. 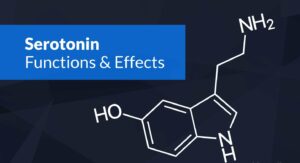 Serotonin is basically a neurotransmitter. This means that it’s a molecule that helps to send signals from one area of the brain to another. It’s found in both the central nervous system and the peripheral nervous system. It is described as a monoamine because it has one amine group.

Serotonin is involved in a variety of different functions. It helps with things like memory, learning, and regulating mood. It’s also involved in some motor functions, like vomiting and contraction of the smooth muscles. So, what does serotonin do? Well, it’s thought to play a role in everything from sleep and appetite to mood and sexual desire. It’s even been linked to some forms of pain.

Serotonin is basically manufactured in the brain. This process starts with the amino acid tryptophan. Tryptophan is then converted into serotonin. Serotonin is then either stored or used for various functions. So how does it impacts depression? Let’s take a look.

How Serotonin And Depression Are Linked?

Depression is a condition that is characterized by a low mood. It can also include things like fatigue, irritability, and feelings of hopelessness. Depression can be caused by a variety of different things. It could be due to genetic factors, medical conditions, or even certain life events.

So, how does serotonin affect depression? Well, it’s thought that it does so by impacting the way that the brain regulates mood. Serotonin is thought to help regulate mood by affecting things like sleep, appetite, and sexual desire. It’s also thought to play a role in how the brain responds to stress.

What Is The Role Of Serotonin In Mental Health? 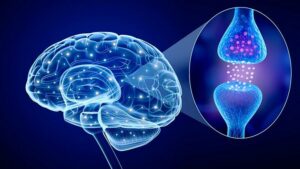 Mental health is often associated with serotonin. Serotonin is a neurotransmitter that helps regulate mood, sleep, and appetite. It’s sometimes called the “happy chemical” because it’s thought to play a role in happiness and well-being. A person’s serotonin levels can affect their mood and overall mental health.

Serotonin is thought to be one of the main chemicals involved in depression. Low levels of serotonin have been linked to a higher risk of depression. Some antidepressants work by increasing the level of serotonin in the brain.

The role of serotonin in overall health is still being studied. However, it is believed that this chemical is essential in maintaining mental health and well-being. If you are struggling with depression, speak to your doctor about ways to increase your serotonin levels.

There are many different ways that serotonin affects mental health. For example, low levels of serotonin have been linked to:

Serotonin also plays a role in:

Therefore, it’s essential for overall mental health. If you are struggling with any mental health issues, speak to your doctor about ways to increase your serotonin levels.

What Are The Benefits Of Normal Serotonin? 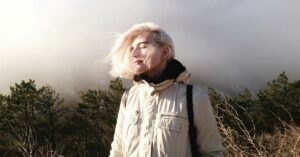 There are many benefits of having normal serotonin levels. For example, serotonin helps to:

It is believed that serotonin plays a role in regulating mood. Low levels of serotonin are linked to conditions like depression and anxiety. Also, some research suggests that increasing serotonin levels may help to improve mood. So, it is important to maintain healthy levels of serotonin.

It might be surprising, but serotonin also plays a role in relieving pain. Low levels of serotonin are linked to conditions like migraines and fibromyalgia. So, it is important to maintain healthy levels of serotonin for a better quality of life. Because pain and aches can be debilitating and make it hard to function.

Memory is another important function and serotonin plays a role in improving memory. Low levels of serotonin are linked to conditions like Alzheimer’s disease and dementia. So, it is important to maintain healthy levels of serotonin for a better quality of life. More often than not, our memories decline as we age. However, with a good level of serotonin, we can help to prevent this decline.

As you can see, there are many benefits of having normal serotonin levels.

That’s why it’s so important to maintain healthy levels of serotonin. If you think you might have low serotonin levels, be sure to talk to your doctor. They can help you get the treatment you need.

What Are The Causes Of Low Serotonin Levels? 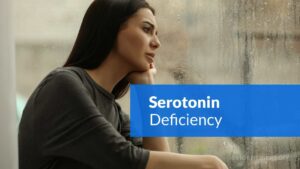 There are many different causes of low serotonin levels. For example, some medical conditions like:

These conditions are believed to cause low serotonin levels by either interfering with the body’s ability to produce serotonin or by causing the body to reabsorb too much of the neurotransmitter. It is important to know that low serotonin levels are not always the cause of depression. However, they may be a contributing factor in some cases.

According to studies, it is believed that low serotonin levels may be caused by a combination of genetic and environmental factors. For example, people who have a family history of depression or other mental health disorders may be more likely to develop low serotonin levels. In addition, exposure to stress or trauma can also lead to lower than normal levels of the neurotransmitter.

Serotonin and depression, both conditions are treatable. If you or someone you know is struggling with either condition, it is important to seek professional help. There are many effective treatments available for both conditions. With the proper treatment, people can experience significant improvement in their symptoms and quality of life.

How To Treat Low Level Of Serotonin And Depression? 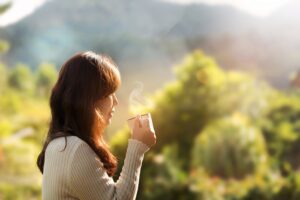 There are many ways to treat the low level of serotonin. Some most common methods are listed below:

This is an essential step to take whether you’re depressed or not. Getting active and exercising releases endorphins, which have mood-lifting effects. This can be anything from going for a walk to playing a sport. But you should pay attention to the physical activity that you enjoy so that you’re more likely to stick with it. For example, you can opt for Zumba classes, running, swimming, or playing tennis.

What you eat has a big impact on how you feel both physically and mentally. When you’re depressed, it’s common to either overeat or undereat. So, it’s important to focus on eating a balanced and healthy diet. This means eating plenty of fruits, vegetables, lean proteins, whole grains, and healthy fats. A healthy diet will help improve your energy levels and mood.

Sleep plays a vital role in overall health and well-being. When you’re depressed, it’s common to either have difficulty falling asleep or staying asleep. This can lead to fatigue and further worsen your symptoms of depression. Researchers have found that people who sleep seven to eight hours a night have a lower risk of depression. Also, it is believed that sleep helps to regulate the levels of serotonin in the brain.

For some people, drinking alcohol can help them feel relaxed and improve their mood. But it’s important to limit your intake as excessive drinking can lead to negative consequences like job loss, financial problems, and strained relationships. Also, alcohol is a depressant and can worsen the symptoms of depression. So, it’s best to avoid drinking or limit your intake to no more than two drinks a day.

When you’re feeling down, it’s easy to withdraw from friends and family. But social support is essential for maintaining good mental health. Connecting with others can help reduce stress, improve your mood, and give you a sense of belonging. There are many ways to connect with others such as:

Meditation is a mind-body practice that has a number of benefits for mental and physical health. Studies have shown that meditation can help reduce stress, anxiety, and depression. Meditation works by calming the mind and body, which helps to control the levels of serotonin in the brain. There are several types of meditation, but the most common one is mindfulness meditation. 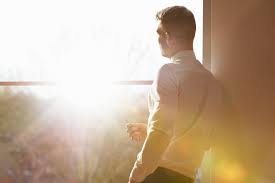 This is the vital thing that people with depression need. Sunlight helps our bodies to produce more serotonin. The vitamin D from the sun also helps to keep our bones healthy and strong. In fact, studies have found that people who are deficient in vitamin D are more likely to be depressed. So get out in the sun for at least 30 minutes a day, and try to do it early in the morning when the sun’s rays are strongest.

If you can’t get outside, then try sitting near a window that gets direct sunlight. You can also take a vitamin D supplement, but be sure to talk to your doctor first to see if it’s right for you.

This is often an essential part of treatment for depression. If you’re struggling to cope with your symptoms, it’s important to seek professional help. A therapist can help you identify the negative thoughts and behaviors that are contributing to your depression. They can also teach you coping and problem-solving skills. If you’re not sure where to start, you can ask your doctor for a referral to a therapist.

These are just some of the ways that you can increase your serotonin levels and improve your mood. If you’re struggling with depression, it’s important to seek professional help. A therapist can help you identify the negative thoughts and behaviors that are contributing to your depression and teach you coping and problem-solving skills.

So, these are some of the ways in which you can treat low levels of serotonin and depression. However, it is always best to speak to a doctor or mental health professional before starting any treatment. With the right help and a few lifestyle changes, you can improve your serotonin levels and start feeling better.

To conclude, serotonin and depression are believed to be linked. Low levels of serotonin are thought to contribute to the development of depression, while high levels may help relieve symptoms. This is why medications that affect serotonin levels, such as SSRIs, are often used to treat depression. If you think you may be depressed, it’s important to talk to a doctor or mental health professional.

Mantra Care is the leading provider of mental health services around the globe. With a team of highly qualified and experienced mental health professionals, we are committed to providing the best possible care to our patients. Mantra Care is always here to help you improve your quality of life! You can also book a therapy or download our free Android or iOS app.