ADHD is one of the most commonly diagnosed mental health disorders in children. A person with ADHD may experience difficulty completing tasks, focus on unimportant details, and have problems with self-control. This can lead to a lot of frustration for both the individual and those around them. The good news is that ADHD is treatable with medication and behavioral therapy. However, the main concern is diagnosing it. ADHD test can help a person detect any symptoms that they might be experiencing.

Around 9% of children will develop ADHD, but it can continue into adulthood if left untreated. If treatment begins later than the age of forty-five many symptoms could remain despite treatment unless they are severe. ADHD can make it difficult for a person to focus and complete tasks, as well as self-control over their actions. ADHD has been shown to be easily treatable with medication and behavioral therapy. The good news is that there are many options available for those who may suffer from ADHD, such as education on how to manage symptoms and medications like Ritalin or Adderall which help people better focus on what they need to do throughout the day.

ADHD stands for attention deficit hyperactivity disorder. It is a neurological condition that affects children as well as adults. People can experience ADHD either as children or adults. This disorder often runs in the family, so there is a chance that you may have adult ADHD yourself.

If somebody has adult ADHD, they are at high risk for health problems such as heart disease, depression, anxiety disorders, and substance abuse. Therefore, it is necessary to treat it at the right time.

ADHD Symptoms affect both children and adults in everyday life such as school, work, relationships, and personal life. The main symptoms of adult ADHD are: 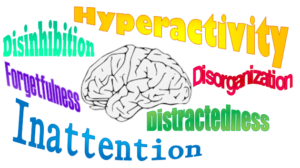 People who take ADHD medications tend to show improvement in symptoms such as inattention, hyperactivity, and impulsiveness. A typical patient may respond well to one medication but not as well to another. The dose of the medication may also affect how a person responds.

Everyone is unique, so everyone with ADHD has their own individual experiences. Some people find that they experience less depression and anxiety on stimulant medications than on non-stimulants because the stimulants tend to increase energy and reduce restlessness.

The best treatment for ADHD is a combination of medication, support, self-help skills training, and counseling or psychotherapy.

There are many options for support available such as online communities, online forums, groups in person (support group), social groups, etc.

Who Should Take ADHD Test?

The results are not only interesting to learn more about yourself. They are also useful if the visitor belongs to one of the following categories: 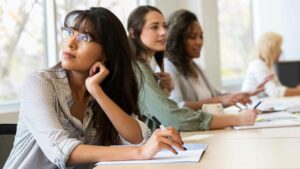 ADHD test quiz is available to all online customers. This quiz is an innovative method of getting to know more about attention deficit hyperactivity disorder. It has been designed for all people, especially those who are unfamiliar with ADHD and its diagnosis.

Visitors will be taken through a series of multiple-choice questions on the subject of attention deficit hyperactivity disorder before they can arrive at their results. The duration of this process is 15 minutes on average.

The main objective in developing this online test was to make it as simple as possible to take while providing accurate results based on information from trustworthy sources. In addition, the ADHD quiz provides general information about this kind of disorder. That is useful for anyone living with this condition or who works with people who suffer from it.

It has been created in association with health professionals and famous ADHD experts around the world. The main purpose of this ADHD quiz is to raise awareness about attention deficit hyperactivity disorder through an innovative educational method. Furthermore, by doing so we hope to make a positive impact on society’s way of thinking about this common mental health problem.

To diagnose ADHD, there is a set of criteria called DSM-5 to run through. Each category has a different number of symptoms that must be present to diagnose ADHD.

The diagnosis of ADHD is made based on the following criteria: 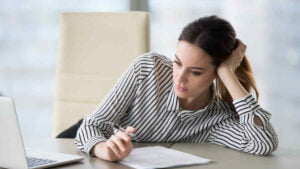 Under the category for inattentive symptoms, there are six specific symptoms:

Under the category for hyperactive symptoms is a list of six symptoms as well. It states that-

The three symptoms under the hyperactivity/impulsivity sub-category are-

The Results of the Test

This test is to see if you have any signs of ADHD. You need to look for at least six symptoms of inattention or hyperactivity/impulsivity present for at least six months, to a point that is disruptive and inappropriate for developmental level. You also need to have these symptoms cause social, academic, or occupational impairment. There also needs to be no other explanation for your behavior other than ADHD.

If you want to continue with this diagnosis, there are some associated features and disorders that often accompany attention-deficit disorder. Some other traits that often accompany ADHD are oppositional defiant disorder and conduct disorder. The oppositional defiant disorder is where someone gets easily annoyed, is stubborn, and has difficulty controlling emotions. Conduct disorder is when a child becomes irresponsible and careless in their actions and bothers others on purpose.

If you don’t have ADHD symptoms, there is no need to worry about it. Because it does not require treatment. If you still feel like you want an accurate diagnosis, talk with your doctor or another mental health professional. Remember that the results of this test are only good if at least six symptoms of inattention or hyperactivity/impulsivity are present for at least six months. And to a point that is disruptive and inappropriate for developmental level. You also need to have these symptoms cause social, academic, or occupational impairment and meet all other criteria listed in the article above.

Who Will Get ADHD Diagnosis? 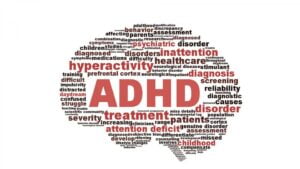 Children can be diagnosed with ADHD if they meet all of the criteria for either the combined type or the hyperactive/impulsive type. However, children meeting this criterion for both types will receive a diagnosis of ADHD, combined type.

To continue with one’s diagnosis of ADHD there is a list of associated features and disorders that typically co-occur with it. Some other traits that often accompany ADHD are oppositional defiant disorder and conduct disorder. The oppositional defiant disorder is where a child becomes easily annoyed with others, is stubborn, and has difficulty controlling his or her emotions. Conduct disorder is when a child becomes irresponsible and careless in their actions and bothers others on purpose. 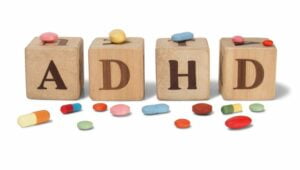 According to Doctors, one of the most effective treatments for ADHD is a comprehensive approach that includes traditional counseling, psycho-education, and medication. “The more we know about ourselves and our illness, the more we can learn to manage it and live a healthy life”.

Some indicators that someone has ADHD are difficulty paying attention in class, difficulty following instructions, difficulty organizing themselves, not meeting deadlines, and losing things often.

The first step to take if you think that you or someone in your family has ADHD is to talk with the doctor about an accurate diagnosis. There are three levels of care for adults who have ADHD: social support, group education, and individual counseling.

By making positive choices every day, people can lead full lives while managing their ADHD symptoms. Medication and psychotherapy, including behavior therapy and cognitive-behavioral treatment, are the most effective treatments for ADHD according to mainstream science and medicine.

If you do have ADHD, there are some treatments that can help if the symptoms are severe enough to warrant treatment. The first line of treatment involves medications called stimulants being taken daily. These will help control hyperactivity, impulsivity, ability to pay attention and bring about better organization skills. Some other medication options include atomoxetine (Strattera), guanfacine extended-release (Intuniv), clonidine extended-release (Kapvay), lisdexamfetamine dimesylate (Vyvanse). There are also two non-medication treatment options: parent training and classroom accommodations for special education.

If you or someone else is exhibiting more than six of the symptoms on this list. And they are disruptive to your life and developmentally inappropriate for a child your age. Then it may be time to take an ADHD test. For the test, the first step would involve speaking with a doctor about diagnosis options. Then there’s a medication that can help control hyperactivity, impulsivity, ability to pay attention and bring about better organization skills. Also, It’s important not to self-diagnose as some people might have other conditions. Such as anxiety disorder which could mimic these same signs. If you’re concerned after speaking with a professional therapist or psychiatrist we recommend seeking out mental health professionals. Someone who specializes in ADHD treatment. So they can give accurate information based on their own experience.