Amphetamines (Adderall) are a type of stimulant drug that is used to induce wakefulness and reduce fatigue. It is also used for weight loss or to treat attention deficit hyperactivity disorder (ADHD). Amphetamine drugs are commonly referred to as amphetamines, which include both pure dextroamphetamine and mixed amphetamine salts like Adderall. The popularity of these substances has grown in recent years due to the use by college students, athletes, and others who want more energy or need help focusing on tasks. This blog post will provide you with information about these drugs so that you can make an informed decision about whether this medication may be right for you.

What Is Amphetamines (Adderall)? 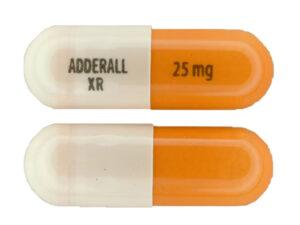 Amphetamines are a type of drug that is classified as a stimulant. They work by increasing the amount of dopamine in the brain. This increase in dopamine causes an increase in energy and focus. Amphetamines are most commonly used to treat ADHD, narcolepsy, and obesity.

This drug is also sometimes used illegally to increase energy and focus. Amphetamines can be addictive and can cause a number of side effects.

This medication is available in both pill and liquid form. It is typically taken orally, but can also be injected. This drug should not be taken by pregnant women or people who have a history of heart problems. 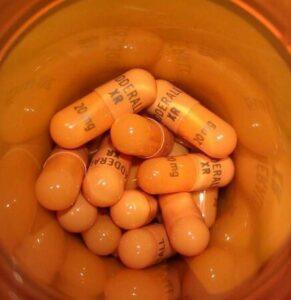 Amphets work by increasing the amount of dopamine in the brain. Dopamine is a neurotransmitter that is responsible for energy, focus, and motivation. When there is an increase in dopamine, these things are all increased as well.

Amphetamines were first created in 1887. They were originally used to treat asthma and other respiratory problems. This medication is still used to treat ADHD and narcolepsy today.

The drug has also been abused in the past for its stimulant properties. This kind of abuse began in World War II when Allied soldiers took amphetamines before missions and battles to increase their energy and alertness. It was later discovered that these pills could be addictive, which made them illegal.

After this, amphetamines began to be used recreationally and were known as “speed.” This type of use continued into the 1970s.

Today, amphetamines are still abused for their stimulant effects. However, they are also prescribed legally for medical purposes. This medication is most commonly used to treat ADHD, narcolepsy, and obesity. 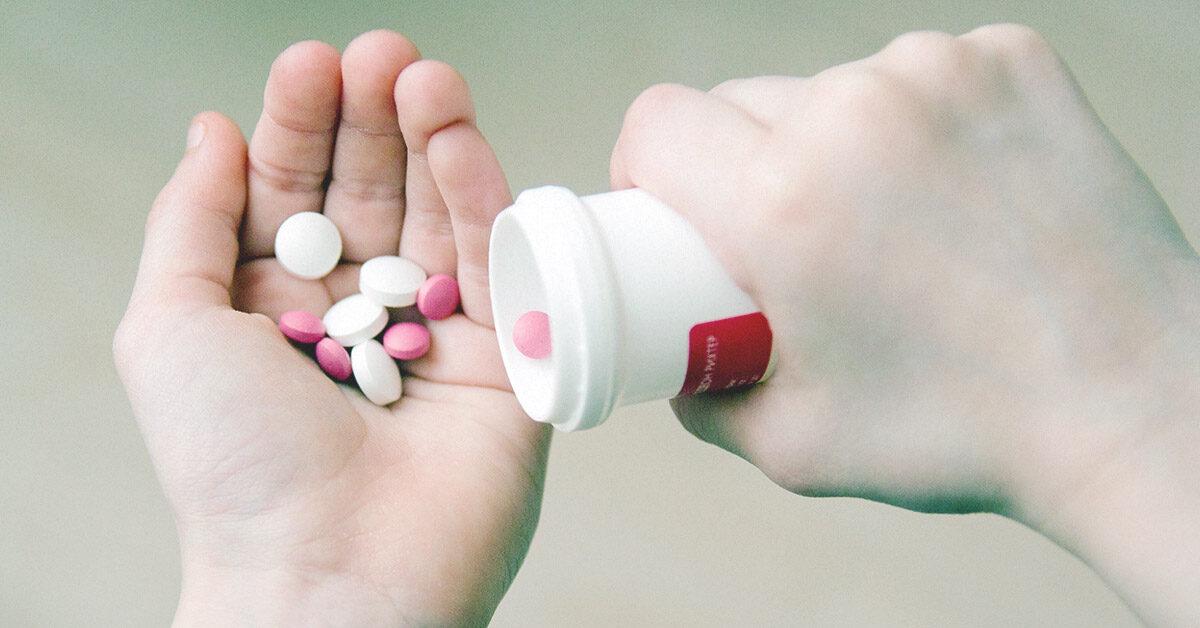 The dosage of amphetamines will vary depending on the person and the condition that it is being treated for. The typical dosage range is anywhere from five to 60 milligrams per day. It is best to start with a lower dose and increase it as needed.

Amphetamines are available in both pill and liquid form. Pills are typically taken orally, but can also be injected. Liquid amphetamines can be taken orally or injected as well.

Doctors usually suggest you take this medicine 30-60 minutes before a meal. 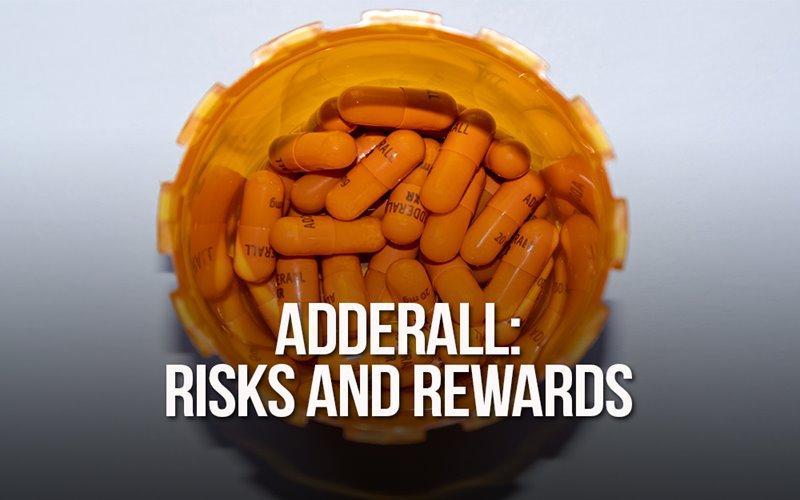 There are many benefits of amphetamines. Some of these:

Amphetamines(Adderall) are most commonly used to treat attention deficit hyperactivity disorder (ADHD). This medication is classified as a stimulant, which means that it can increase focus and energy. The drug works by increasing dopamine levels in the brain. Dopamine plays an important role in regulating movement and motivation. When there is not enough of this neurotransmitter, people may feel tired or unfocused – two things that someone with ADHD experiences constantly. Amphetamines help those who have low levels of dopamine by increasing these levels temporarily until they return back to their normal state naturally on their own. It also helps reduce impulsivity and hyperactivity because it increases relaxation and decreases anxiety.

Amphetamines(Adderall) are sometimes prescribed to help people lose weight. This medication works by increasing the amount of energy that a person has and making them feel full after eating small amounts of food. Amphetamines can also help reduce cravings for food.

Amphetamines(Adderall) can also help increase productivity. This is because they help improve focus and energy levels. The drug can make someone feel more alert and motivated, which allows them to be more productive when working.

Side Effects of Amphetamines (Adderall) 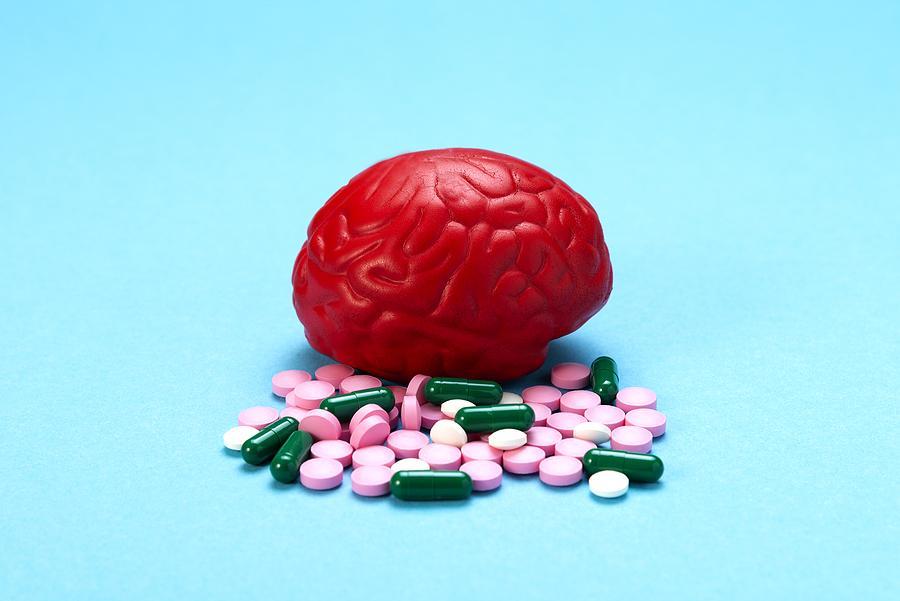 There are many side effects of amphetamines. Some of these include:

Amphetamine (Adderall) use can result in dangerously high blood pressure, which can lead to heart problems. These types of effects are more prominent when higher doses are taken at a time or the drug is abused for a long period of time. However, even people who take this medicine as directed may experience some symptoms from its side effects such as shortness of breath due to increased heart rate, headaches because it dehydrates you, etc. In rare cases using amphetamines has been known to cause death by overdose.

Amphetamines(Adderall) also have mental health risks that come with their usage. If someone already suffers from depression or anxiety then they should not take this medicine. If they do, it could make the symptoms of these disorders even worse and cause suicidal thoughts to appear in some cases.

Amphetamines (Adderall) can also bring on mental health issues like schizophrenia or psychosis which will require more intense treatment options such as hospitalization or antipsychotic medications.

Amphetamines(Adderall) are stimulants, which means that they speed up the body’s functions. They increase heart rate and blood pressure throughout the entire body. These two side effects can cause feelings of nausea or vomiting in some people after taking this medicine for a short period of time because it affects how their brain reacts to signals from other parts of the body. However, if someone has been using amphetamines regularly then these symptoms will most likely be more severe than when they first started taking them.

Amphetamines(Adderall) can also cause vision problems in some people. This is because the drug increases blood pressure and heart rate, which can affect different parts of the eye over time. The most common side effect from amphetamine use that affects the eyes is called “amphetamine optic neuropathy.” This condition causes a person’s vision to become blurry and they may have difficulty seeing colors correctly.

One of the more minor side effects of amphetamines is dry mouth and bad breath. This is because when you take this medication it speeds up how your body produces saliva. Without enough saliva, bacteria will grow more quickly in your mouth which leads to bad breath. Additionally, not enough saliva can also lead to tooth decay and cavities as well as other oral health issues.

This medication can also cause insomnia in some people. This is because it increases energy levels and makes a person feel more alert. For people who have trouble sleeping at night, this side effect of amphetamines can be very frustrating.

Amphetamine use can also lead to feelings of tiredness throughout the day. This is due to the fact that when you take this drug your body’s natural sleep-wake cycle gets disrupted. Additionally, if someone takes a high dose of amphetamines then they may experience what is called “amphetamine crash.” This happens when all of the energy that was gained from taking the medication suddenly wears off and leaves the person feeling exhausted and drained.

What Do Amphetamines (Adderall) Help With?

There are many diseases and disorders that can be treated with amphetamine use. These conditions include:

This medication is usually prescribed to treat attention deficit hyperactivity disorder (ADHD). This means that the medicine helps a person pay better attention, stay focused on the task, and be less impulsive than they would normally. It is also sometimes prescribed to people with narcolepsy, which is a sleep disorder that causes an individual to fall asleep unexpectedly.

Amphetamines are used by some doctors as a treatment for Tourette’s syndrome because it helps reduce the tics or involuntary movements and vocal sounds associated with this condition. However, there are many side effects of amphetamine use related to Tourette’s syndrome so they should only take this medication under careful supervision from their doctor.

Amphetamines(Adderall) are also used for narcolepsy which is an illness where someone cannot control their sleep-wake cycle or how tired they feel throughout the day. It can cause extreme drowsiness at any time of the day as well as periods of uncontrollable sleep during normal waking hours. It is estimated that around .02% of the population suffers from narcolepsy.

Amphetamines are sometimes used to treat bipolar disorder because they can help a person stay focused and less impulsive. It is also used to help people with ADHD who have been diagnosed with bipolar disorder. However, like all medications, amphetamine use for bipolar disorder should be monitored closely by a doctor.

This medication is sometimes prescribed to treat depression in adults who do not respond well to other medications. It can help a person fight feelings of sadness and loss of interest or pleasure in daily activities which are symptoms that often come with this condition.

Amphetamine use is also used for severe anxiety treatment because it reduces the activity in the limbic system, which controls fear responses. In turn, less activity means people feel less anxious when they take this drug. However, doctors only prescribe amphetamines(Adderall) for extreme cases where many other treatments have failed such as social phobia (extreme shyness), post-traumatic stress disorder (PTSD), obsessive-compulsive disorder (OCD). 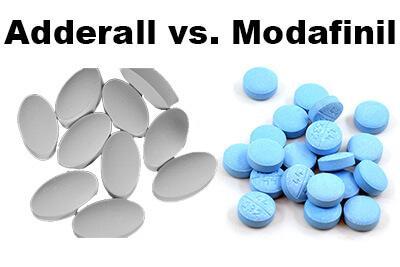 There can be many side effects of amphetamine use, so people should always consult with their doctor before starting this medication. Additionally, there are a few alternatives to amphetamines that doctors may prescribe if someone is not able to take this drug for any reason. These alternatives include:

This is another stimulant medication that is used to treat ADHD and narcolepsy. It works by increasing the levels of dopamine in the brain which helps improve focus and attention span.

This is a non-stimulant medication that is also used to treat ADHD. Unlike other medications for ADHD, atomoxetine does not increase dopamine levels in the brain instead it increases levels of norepinephrine which helps improve attention and control impulsivity.

This is a non-stimulant medication that can also be used to treat ADHD, but it works by causing the brain stem to release epinephrine which then reduces levels of dopamine in certain parts of the brain. This helps decrease hyperactivity and improve focus on tasks at hand.

In conclusion, amphetamines are a powerful medication that can help people with many different diseases and disorders. However, they come with a variety of side effects. These should be monitored closely by a doctor. If you are considering taking this drug, make sure to talk to your healthcare professional first to see if it is the right treatment for you.