Do you sometimes feel like you’re just a ticking time bomb? That one little thing can set you off and cause a full-blown rage attack? If so, you may be suffering from rage disorder. This is a condition that can cause intense anger, frustration, and hostility. In this blog post, we will discuss what rage disorder is, the causes, and the treatment options available.

What Is Rage Disorder? 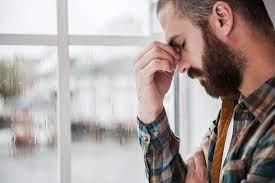 Rage disorder is a condition characterized by chronic and uncontrollable fits of anger. People with rage disorder may experience sudden, out-of-control episodes of violence and aggression. The condition is also known as intermittent explosive disorder or IED.

IED is defined as a pattern of impulsive and aggressive behavior. This behavior is often violent and can cause serious damage to property or injure other people.

People with IEDs may have difficulty controlling their temper. They may seem “on edge” or easily irritable. They may also have a history of explosive episodes that are out of proportion to the situation. Episodes of IED can vary in severity. Some people may only have a few episodes over the course of their lifetime. Others may have multiple episodes each week.

What Are The Signs Of Rage Disorder?

The signs of rage disorder are not always easy to spot. They can vary depending on the person and the situation. But there are some common signs that may be a sign that someone has rage disorder.

Some signs that someone has rage disorder include:

So, these are some signs that someone has rage disorder. If you or someone you know has these signs, it’s important to get help. Rage disorder is a serious problem and it can be very dangerous. untreated, it can lead to problems at work, in relationships, and even legal problems.

If you think you or someone you know has rage disorder, the first step is to see a doctor or mental health professional. They can help you figure out if you have rage disorder and what kind of treatment you need. There is no one-size-fits-all treatment for rage disorder, but there are some effective treatments available. 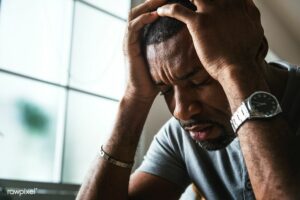 IED is most commonly associated with post-traumatic stress disorder (PTSD). People with PTSD may have trouble controlling their emotions and may be more prone to outbursts of anger. Eventually, rage may become their default emotional state. Other possible causes of IED include:

This is one of the most common causes of IED. Even a mild brain injury can change the way the brain regulates emotions, leading to outbursts of anger. In fact, brain injuries are thought to account for up to 60% of all cases of IEDs. It is also believed that people with IEDs are more likely to have had a history of head trauma than those without the disorder.

Rage disorder is believed to be caused by a combination of psychiatric conditions. These include;

These are some conditions that can lead to rage disorder. For example, if you are suffering from anxiety disorders, you may be constantly on edge. This can lead to outbursts of rage when you are triggered. So, it is important to seek treatment for any underlying psychiatric conditions.

If you have a family member with rage disorder, you may be more likely to develop the condition. This suggests that there may be a genetic component to rage disorder. Moreover, it is believed that certain genes may make you more prone to developing psychiatric conditions that can lead to these conditions and anger issues. Studies are currently being conducted to identify these genes.

So, these are some primary causes of rage disorder. If you or someone you know is suffering from this condition, it is important to seek professional help. With proper treatment, rage disorder can be managed.

How It Is Diagnosed? 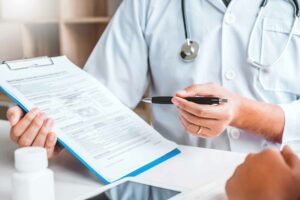 The diagnosis of rage disorder is made by a mental health professional based on a thorough clinical evaluation. The evaluation usually includes taking a detailed history of the person’s symptoms and behaviors, as well as conducting a physical examination and ordering laboratory tests to rule out other potential causes of the symptoms.

In order for someone to be diagnosed with the condition, they must have experienced at least three episodes of uncontrollable anger in a six-month period. These episodes must be out of proportion to the situation and cannot be explained by another mental health condition, such as psychosis or mania.

Additionally, the symptoms must cause significant distress or impairment in social, occupational, or other important areas of functioning. So, the diagnosis is generally not made in children or adolescents. Because it is difficult to determine if the symptoms are due to normal developmental processes or an underlying disorder.

If you think you may have this disorder, it is important to seek professional help. A professional diagnosis is the first step in getting treatment. Thus, if you are experiencing symptoms of rage disorder, please reach out to a mental health professional for help.

How To Treat Rage Disorder?

The treatment is aimed at helping the person control their anger. It includes;

It is always the widely recommended first step in treating any mental disorder. A therapist can help you understand your anger and the events or thoughts that trigger it. They will also teach you how to control your anger in a healthy way. In fact, therapies like cognitive behavioral therapy (CBT) have been shown to be very effective in treating anger disorders. Other helpful therapies for rage disorder are;

So, these therapies usually focus on helping the person understand and cope with their anger. You can contact Mantra Care for access to the best therapists in town. It is a platform that connects you with qualified therapists, and it is very convenient because you can book appointments online. Hence, book your free consultation today! 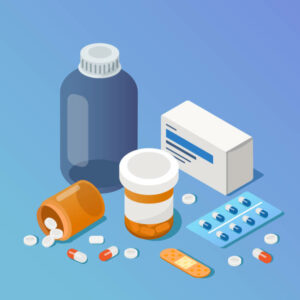 Sometimes, medications may also be prescribed to help with rage disorder. These include;

Medications are believed to work by helping to stabilize moods and improve sleep. If you are prescribed medications, it is important to take them as directed. Moreover, these drugs may take several weeks to show their full effects.

It is also essential to note that medications should not be used as the only form of treatment for rage disorder. In fact, research has shown that a combination of medication and therapy is most effective in treating this condition. So, consider talking to your doctor about whether medication might be right for you.

When you are dealing with rage disorder, it is essential to have a support system to help you through tough times. Here are some self-help tips to help:

If you think you might be dealing with this condition, it is important to seek professional help. Rage disorder can be difficult to manage on your own and may require medication or therapy. Moreover, it is important to be patient with yourself and understand that managing this disorder takes time. With the help of a support system and professional assistance, you can learn to manage your rage disorder and live a fulfilling life.

Conclusively, rage disorder is a condition that is characterized by outbursts of anger and violence. These episodes may be triggered by perceived slights or annoyances. And can cause great distress for both the sufferer and those around them. While there is no cure for rage disorder, there are treatments available that can help to manage symptoms and improve quality of life.

So, it is essential to seek professional help if you or someone you know is struggling with this condition. With proper diagnosis and treatment, it is possible to live a fulfilling life despite this condition. However, untreated rage disorder can lead to serious consequences, such as ruined relationships, job loss, and even imprisonment. So, get professional help and talk to someone about your anger today.