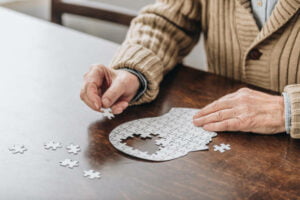 First of all, let’s define the word dementia. Dementia is a medical term for a disorder that significantly affects a person’s cognitive abilities. People with dementia may have problems with memory loss, decision making, language, understanding, and judgment.

Does that sound familiar? There are many people who are accusing celebrities of having dementia when they’re actually just experiencing normal aging.

Dementia is a disease that affects the brain. It’s often characterized by memory loss, impaired judgment, and personality changes. Alzheimer’s Disease is one of many types of dementia. There are three stages to this type: mild cognitive impairment, moderate stage Alzheimer’s disease, and severe stage Alzheimer’s disease. The cause for all cases of dementia is unknown but it is believed that there may be genetic factors involved or an underlying condition affecting the brain such as Parkinson’s disease, Huntington’s chorea, or Down syndrome which could lead to Dementia in some individuals with these conditions. 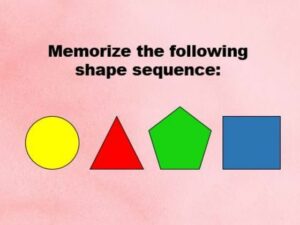 Dementia test is a helpful tool for doctors in diagnosing dementia in their patients. But there are also plenty of other reasons why you may want to get screened for this condition. If you’re concerned about your mental health or just want to be proactive and stay on top of any changes that might happen, then a dementia test is for you. It’s quick and straightforward to take and can tell you whether or not you should talk with a doctor about the possibility of Alzheimer’s disease developing down the road.

Let’s face it. We all worry about the inevitable cognitive decline that comes with age, but few of us actually look into getting screened for any conditions that could be causing memory loss and other changes in our brains. Dementia tests can help doctors pinpoint a dementia diagnosis and start treatment if needed. The earlier the condition is diagnosed, the sooner you can begin treatments that may slow down or even halt any brain cell damage.

These tests can also be a warning sign that you should get checked out by a doctor right away. Once your dementia test comes back positive. You should make an appointment with a neurologist as soon as possible for further diagnostic testing and examination. Why wait until your score is high enough to be considered clinically significant? If you can save yourself from full-blown Alzheimer’s, why not do it and get peace of mind at the same time?

Dementia Test: They’re Easy to Do

Do it yourself it’s that simple. A dementia test is an easy way to see how you’re doing at home, so get out there and get one today. If you have concerns about your mental health or are just proactive when it comes to your health in general, then this is the perfect solution for you. Remember, the earlier you are able to diagnose your dementia or other cognitive disorders. The more likely it will be that you can find the right treatments for the issues you’re experiencing. 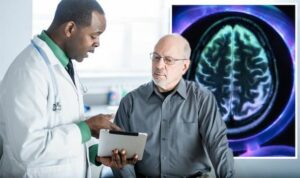 Talk to a doctor about what you should have done to get yourself screened for conditions like this disease, but don’t neglect to take a dementia test on your own as well. It’s the best way to go about things and offers you the chance to get answers right away. A Dementia test can tell you whether or not you should talk with a doctor about memory issues that you’re experiencing, so why wait any longer?

The dementia test has been around for quite some time now. There are many websites that offer these simple tests where you can find out whether or not you have a memory problem. There are several tests out there that can be used at home. The most commonly used dementia tests are dementia rating scales. There are several of them out there, but they all work in the same way. They ask you questions to assess your cognition, behavior, and activities of daily living (ADL) abilities to find out if you have some kind of cognitive impairment or not. However, dementia rating scales are not meant to be used as home-based tests. They were designed for doctors and health care professionals. Therefore, the results of these tests aren’t valid enough to show you anything related to your mental abilities.

Some online tests for dementia are very reliable and can be used as a diagnosis for the disease. These are helpful tools used by doctors to diagnose dementia and a patient’s memory power.

How To Take A Dementia Test? 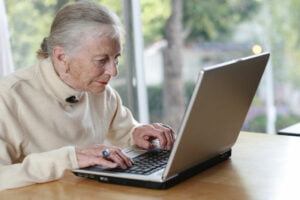 The tests for early-stage dementia are very accurate in determining whether or not a person has the condition. It’s vital that you find out whether or not you’re at an early stage of the disease. Because this will allow you to take action and save yourself from a lot of potential problems.

There are many websites that will offer tips for passing early-stage dementia tests. You can also take an online test in order to get prepared. But it’s important to remember that these types of free online tests aren’t accurate enough. What I recommend is hiring a tutor or an online coach. It won’t be cheap but you’ll feel much more confident and the results will be promising. 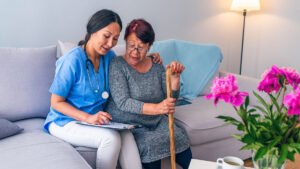 The treatment for dementia is dependent on the type of condition that was causing the symptoms. For example, if you had vascular dementia then they will do surgery to try to fix that problem. Chances are that they will also prescribe some medications to help with memory loss, confusion, and agitation issues.

Lookup any side effects of the medication before taking it. If you have a medical history of any problems or conditions, be sure to mention them as well as any other drugs you are taking.

If your sudden memory loss was caused by a problem in your brain. Then you’ll likely need surgery as well as a medication because the issue is due to something physical rather than something psychological.

If you want to learn more about dementia tests, then I recommend that you check out the following video. It’s all about early-stage dementia detection and it will give you great insight into what is happening.

A diagnosis can only come from neurological examination combined with medical history taking and physical examinations while ruling out other possible diagnoses like depression or drug abuse before concluding that a patient has dementia disease. Taking a part in the Caring for Someone with Dementia quiz could be helpful to families and friends of those affected by dementia as well as to medical students who want to learn more about the topic.

It has been scientifically stated that you should not take dementia medicines based on the diagnosis of these tests. As there is no such thing as a dementia test that can be bought from the store or a website that is 100% reliable. If you really want to get tested for dementia conditions, then the only way to do it is by going to your doctor and taking a simple cognitive test. It’s as easy as that. This is the most accurate way to find out if there is something wrong with your memory.

Getting this type of physical examination will give you an insight into whether or not there is something wrong with your mental abilities. You don’t need to do a test on your own at home because it won’t be accurate anyway. The only thing you can get from doing these types of dementia tests is money out of your pocket and knowing that there is nothing wrong with you.

Dementia tests are done by professionals and they can take a few hours – but in general, you need at least an hour to do a proper diagnosis.