One of the most popular scapegoat myths is that “scapegoats were always goats”. This is not true. Historically, scapegoats have taken many forms: people, objects, and even concepts. They represent everything from human sin to natural disasters. One thing stays the same even when there is a crisis in society. For example, people can blame others for the problem instead of taking responsibility for themselves. 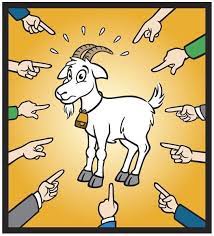 Scapegoats are people who take the blame for something they had nothing to do with. If you want to distract people from real problems, then you can use distractions. They can act as a way to fool other people. Sometimes scapegoats can be innocent victims themselves, but this is not always true either. Often times it has more to do with timing than anything else.

People, Objects, and Concepts as Scapegoats

Scapegoating is almost universal across human society for all kinds of reasons. Everyone has done it at some point or another; but what about scapegoating things like concepts? Not only do our actions play a role in this dynamic (which we will look into further down), but so does the concept itself! The word “scapegoat” first appeared around the year 1440-1450 CE. It means that you can blame something else for a problem instead of yourself.

One example would be how people blamed witches during the Salem Witch. When someone had problems with their crops or any other problem, they would blame it on the witches. They wanted to find someone else to take the blame for it so that people wouldn’t think of them as incompetent farmers.

When there’s something wrong in society, the blames come on the scapegoats instead of taking responsibility. People can blame others for bad things and then everyone and it will distract everyone again. However, this isn’t always true because just like anything else you want what works best! Scapegoating causes problems because not only does it lead to violence but also bad mental health outcomes too.

How Can You Avoid Being a Scapegoat? 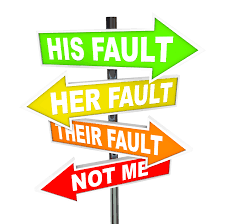 If being accused unfairly disturbs you, don’t worry. We all know how easy it is to make a false accusation. Just remember that it’s a good idea to be innocent until proven guilty! Scapegoating is a bad thing because people often blame others without any reason. Sometimes these individuals can even be innocent, but this isn’t always the case.

Scapegoating is bad for mental health because it’s another way of dealing with problems in society. Instead of taking responsibility to make things better, you blame someone else instead! Don’t let someone blame you today. This behavior has negative consequences like being more aggressive and violent.

If something goes wrong, take responsibility. If something scares you, don’t worry! Everyone knows how easy it is to accuse other people unfairly or falsely without any reason; which makes everyone look really bad too. You don’t need to be guilty in order for society to be a bad thing. If you are not, then that is also bad for society because people stop taking responsibility.

Scapegoating can be very subtle. Sometimes it’s so hard to tell when someone is scapegoating, especially if you never stop to think about what that word means in the first place! While there are many examples of this social phenomenon over time, here are three common ones:

The youngest in the family often has to take the blame for everyone else’s mistakes or shortcomings. If a parent is abusive, chances are that all the other siblings will blame one child for everything that happens.

If people have accused you of being a “problem child” more than once while growing up, then this may apply to your situation! This can also happen with friends and romantic partners as well if one person feels like they need someone to take responsibility for their feelings or actions. Oftentimes people who feel helplessly victimized themselves try to make others into victims so that they don’t have to see themselves as such any longer. It doesn’t help either party involved because it usually perpetuates the cycle of blame and resentment.

Scapegoating At School or Work

People who are bullied by their peers will be treated as outcasts, loners, losers, or weirdos. Sometimes when an individual is socially isolated, they can start to feel depressed or anxious. That’s why teachers and parents should be aware of when kids are feeling this way at school. They might also feel this way during recess on the playground. If a child is being bullied, he or she should get help from someone who cares about him or her. This may stop the problem from getting worse. Adults can help by noticing and helping.

Scapegoating at work is something that happens all the time in corporate America. If someone is being mocked or teased, they might feel like they have been singled out unfairly. They might think that the people around them don’t like them because they are weak or incompetent in some way. But this isn’t true! Sometimes these individuals receive negative performance reviews even when everyone else seems to think otherwise. If you know someone who has been treated badly by their coworkers, they might start getting complaints from their bosses. This often makes the problem worse for both people involved. 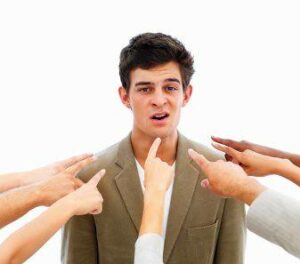 Scapegoating is something that happens when the scapegoat feels powerless and without an identity of their own. People might not know they are doing it, but sometimes they know how bad this makes them feel. The primary function of a key person is to help others. This means that she/he never has time for herself/himself. This person is more selfish than ever before. They take care of other people’s problems, but they do not have any problems themselves. In therapy, we want people who play these roles to know what they want and need.

If you are a perfectionist, then it is likely that you will find many reasons to blame yourself for problems that happen in your family. They will be very responsible. They will be overly critical of themselves when they make mistakes because they are afraid that people won’t think well of them if they fail at anything. I have seen some people who think they are to blame for everything. They think that because it has been happening their whole life, that is what everyone expects from them. Some people are hard on themselves to blame themselves for what has gone wrong in their lives.

If she/he had lived up to expectations all this time, these things would not have happened. This type of thinking is not healthy or realistic. We will work on helping the scapegoat stop thinking this way. We will also work to help them find their own value, apart from what others think of them.

Scapegoats are often deeply affected by issues around anger and rage because they have been taught that it’s wrong for anyone to express these feelings! They may be expected never to question authority but rather follow orders without hesitation so she/he doesn’t make waves by having any “unacceptable emotions” which might upset someone else? If you recognize some aspects of yourself here do remember there are positive aspects too – try writing down some personal boundaries about your behavior when angry with loved ones so everyone can feel safe and secure with you.

Scapegoats are often skilled at managing people in the family system because they will play any role if it means keeping things running smoothly, although this is also a cause of many problems. The scapegoat may feel resentful about doing all this work but still be expected to keep doing it! It’s important for her/him to find out how she/he feels inside when others tell them what to do by using “I messages” which say exactly that in their communications rather than just saying “you always……….(and so on)…

The word scapegoat is from the Hebrew word for “the goat that departs”. They used the goat in ancient Jewish rituals to purify people on Yom Kippur. Sometimes people blame a group of people for problems in society. They use this group to punish them for everything, even if they are not responsible. People in history divided themselves into groups and the community treated them badly. This happened in different times, like when they treated the Jews badly in medieval times. It also happened to people who were Protestant after the Reformation in Europe, African Americans after slavery ended, Germans after World War I ended, Japanese Americans during World War II, and Native.

Scapegoating is when someone blames someone else. We can see this happening in our current events. People blame immigrants, refugees, and people of color for things that are wrong in society. The next time you hear people blaming a group for society’s problems, ask yourself whether this is true or not? If it doesn’t seem quite right then chances are what you’re hearing reflects scapegoating behavior!