Terror Management Theory studies human behavior and the consequences of death. This theory suggests that humans are motivated to continue living because they know that someday they will die. The theory also states that people try to mitigate this threat by creating cultural worldviews, which often involve beliefs in the supernatural, gods of heaven.

What Is Terror Management Theory?

Terror management theory (TMT) is a social psychology theory that explores how humans deal with the knowledge of their own death. The theory posits that people manage the fear of death by creating cultural worldviews. It often involves religious or supernatural beliefs. TMT also suggests that people tend to rationalize others’ views over their own in order to maintain a sense of belonging in the world. By understanding the thoughts and feelings that come with death, we can better cope with our own mortality. 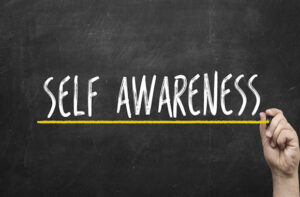 There are more benefits of this theory such as-

Thoughts & Feelings That Come With Death

While terror management theory primarily focuses on how people deal with the knowledge of their own death. Researchers have also begun to explore the thoughts and feelings that come with death. Some of these findings suggest that death is often linked to thoughts of meaninglessness or insignificance. For example, in one study researchers found that people who were exposed to information about their own death (e.g., describing what happens during cremation) tended to rate themselves as less self-sufficient and more uncertain about the future than did people who were not exposed to such information. Additionally, people who think about death frequently tend to report higher levels of anxiety and depression than those who do not.

By understanding the thoughts and feelings that come with death, we can better prepare ourselves for dealing with them when they arise. We can also develop strategies for coping with the potential psychological effects of death.

Why Do We Rationalize Others’ Views As Opposed To Ours?

One of the key findings of terror management theory is that people are more likely to agree with and internalize others’ views than their own. While the majority of research on this phenomenon has focused on how it manifests in religious or political contexts. Early studies suggest that our tendency to rationalize others’ beliefs may extend to nearly any domain that is important to us. For example, researchers found that when hiring committee members evaluated job candidates, they were more likely to favor candidates who shared their own political views than those who did not.

This is because people are motivated to maintain a sense of belonging in their social world. When we agree with others’ views, it strengthens our relationships with them and enhances our sense of social connectedness. This is especially important in times of stress or uncertainty when it is crucial for us to feel supported by our social networks. 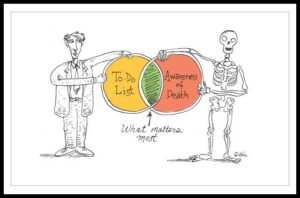 The idea behind the terror management theory is that there are many benefits to understanding it. Understanding this theory, for example- will help you better understand human behavior and gain self-awareness. It may also strengthen your relationships with others and enhance your overall quality of life. Terror management has a lot to offer because it allows people to better prepare themselves. And cope with death and other thoughts and feelings that come about as a result. The key behind understanding this theory is finding ways to apply it to our everyday lives. For example, we could look at one’s thoughts and feelings while driving on the freeway or during a high-stakes meeting at work.

Major advantages of this theory are that it can help us-

Because the primary focus of terror management theory is on how we deal with death. Researchers have also begun to explore other phenomena that come about as a result of this awareness. Such as developing greater self-awareness, becoming more motivated to accomplish goals, and gaining a greater sense of purpose. With terror management theory, there are many benefits to learning and applying it to everyday life. Terror management has much to offer and can potentially enhance our overall quality of life. 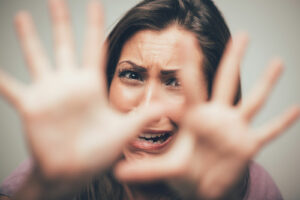 Different people experience different levels of fear when it comes to the prospect of death. Part of this is because of how we think about death. Or whether or not we fear it- depends on how old we are, the way that we were raised, and, for some people, our religious beliefs.

Some psychologists believe that success with terror management is correlated to the successful use of many cognitive strategies – namely, control, meaning-making, and symbolic immortality.

People who manage their thoughts with these three methods are more likely to be successful in coping with the effects of deadly thoughts than those who do not. This holds true even across cultures where mortality rates differ substantially.

It’s no wonder why terror management theory has become so popular and continues to be the subject of discussion for many psychologists, social scientists, and researchers.

Terror management can be traced back to some of Freud’s earliest work on the unconscious mind. It has since evolved into one of the major theories in modern psychology. Especially when it comes to understanding human behavior. For example, it is believed that terrorist groups who engage in suicide bombings do so. Because they feel that their actions will provide them with some form of immortality.

While there is still much to learn about terror management theory. The research that has been conducted thus far provides a great deal of insight into how we think and behave on a daily basis. It also helps us understand why certain things happen. Such as why we go through certain fears or feel a need to accomplish greater goals. Terror management theory has great potential and is likely to continue growing in popularity as more and more people become aware of its benefits and advantages. 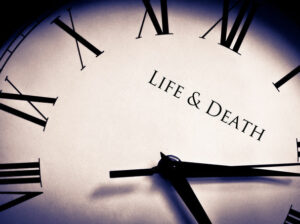 All-day long we experience thoughts and feelings while driving on the freeway or during a high-stakes meeting at work. For example, we may feel an intense fear when we drive past a tractor-trailer on the freeway. This fear serves as our own personal reminder about one’s mortality. It’s what social scientists refer to as “terror”. While most people will feel such fear at some point or another in their life, not everyone will react to it in the same way.

Some people may become so overwhelmed with the thought of death that they will do anything to avoid it. Including denying that it exists at all. Others may find ways to cope with their fear by creating a sense of control, finding meaning in their life, or believing in an afterlife.

In conclusion, terror management theory is a social psychology theory that explores how humans deal with the group. Therefore, they will often try to rationalize others’ views over their own to fit in and feel accepted. There are many benefits of understanding this theory. Such as gaining a deeper understanding of human behavior, developing greater self-awareness, strengthening our relationships with others, and enhancing our overall quality of life. It is important to note that the primary focus of terror management theory is on how we deal with the fear of death. But researchers have also begun to explore other phenomena that come about as a result of this awareness.